Just when we thought there couldn’t be any more fallout from the Sony hacks, we learn that Amy Adams got snubbed by the Today show when she said she didn’t want to discuss the topic on air. Smells like bullying to us!

Amy Adams is one of Hollywood’s hottest actresses and has a solid reputation for being a professional, kind-hearted gal. Recently, she even gave up her first-class seat on an airplane to a U.S. soldier just to thank him for his service. So, why did the Today show bump her segment?

More: Amy Adams gives up her first-class seat for an American soldier

Deadline reports that Adams stayed an extra day in New York after shooting SNL to fit in the Today show interview about her upcoming film, Big Eyes. She was told by producers twice that she would be asked her opinion on the Sony hacks, possibly even to discuss the leaked e-mail that exposed her wage gap.

When Adams indicated that she’d prefer not to discuss the hack and focus on her new film, she was informed that the Today show is a “news organization” and no one can dictate the questions asked in interviews. Right before she was to go on the show live, they pulled the interview. 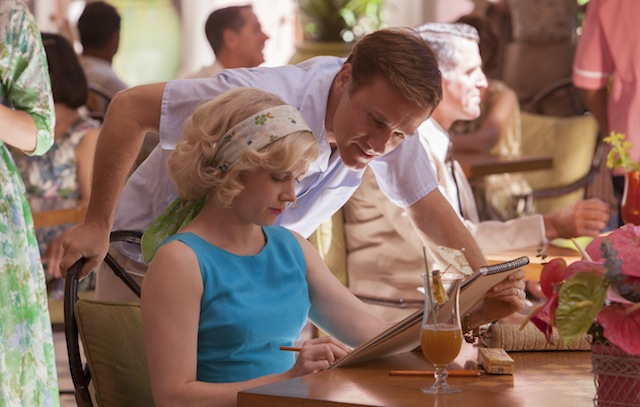 What’s super frustrating is that the Today show aired a prerecorded segment with American Sniper‘s Clint Eastwood and Bradley Cooper. The two men were not asked about the Sony hacks, revealing a sexist double standard on the part of the show’s producers.

Clearly, no one at the Today show saw Adams’ film, Big Eyes, where she plays artist, Margaret Keane, who was bullied into giving credit for her artwork to her unstable husband, Walter Keane, played by Christoph Waltz.

The moral of the movie is that just because a woman is sweet and eager to please, doesn’t mean anyone has the right to control her.

The Weinstein Company, which produced the film, released this statement, according to Just Jared: “

“We firmly stand behind Amy Adams. We’ve been lucky enough to have had her talents grace several of our films. We are certain her fellow actors and directors would all agree, she is nothing but the consummate professional both on and off set.

“Amy decided to speak up for herself and express her disappointment that Today would feel the need to ask her a question she did not feel comfortable , and rather than respect her opinion or continue the discussion, the reaction was to pull her appearance from the show.”