The final season of Glee is fast approaching and we have a look at what’s ahead. Are you ready to say goodbye, Gleeks? We’re not.

Much like the last couple seasons of Glee, things at William McKinley High School are a mess. But, can the glee club dig themselves out of the hole for one final spin during Glee‘s sixth and final season? It sure looks like it.

More: Mark Salling on how Cory Monteith’s death will impact the finale

To help the gang through their rough time, we’ll witness Rachel (Lea Michele) and Kurt (Chris Colfer) return to their alma mater and overtake the glee club. Sure, they’ll be older and possibly wiser, but will returning to where it all began see a regression for the two BFFs… or will they be able to leave a lasting impact on their school?

2. It won’t all be good times, though

Check out the photo of Kurt and Blaine. Those are some serious faces on our favorite dudes. They’re not even standing together. Will the finale see Klaine together forever… or severed for good?

3. The glee club will struggle

Need even more proof of a rough time? Look no further than those pictures of the frolicking and smiling Sue. She’s single-handedly ended the glee club on numerous occasions. Will it be intact when we say goodbye? We’re starting to have our doubts

Nothing in the world can compete with any line ever written for Brittany. Knowing she’ll be there for our final season brings about a giddiness we haven’t experienced from Glee in years.

5. Quinn and Puck will have a moment

What will happen when Puck (Mark Salling) and Quinn (Dianna Agron) are reunited at WMHS? We’re not sure if we should hope for a real, true bonding moment for the former secretive high school lovers or if we should expect the two to come to final blows.

We’re going out on a limb with this one, but we think we’re on the money. One upcoming episode is called, “Jagged Little Tapestry,” which references both Carole King and Alanis Morrissette albums. Sounds like we should get some great covers from both iconic female artists’ repertoires, as well as plenty of hookups and breakups in the episode.

7. The Cheerios still got it

We see cheerleading uniforms on some WMHS grads. That can only mean on thing: Cheerios reunion! We can’t wait.

Here are all the pictures for your viewing pleasure… 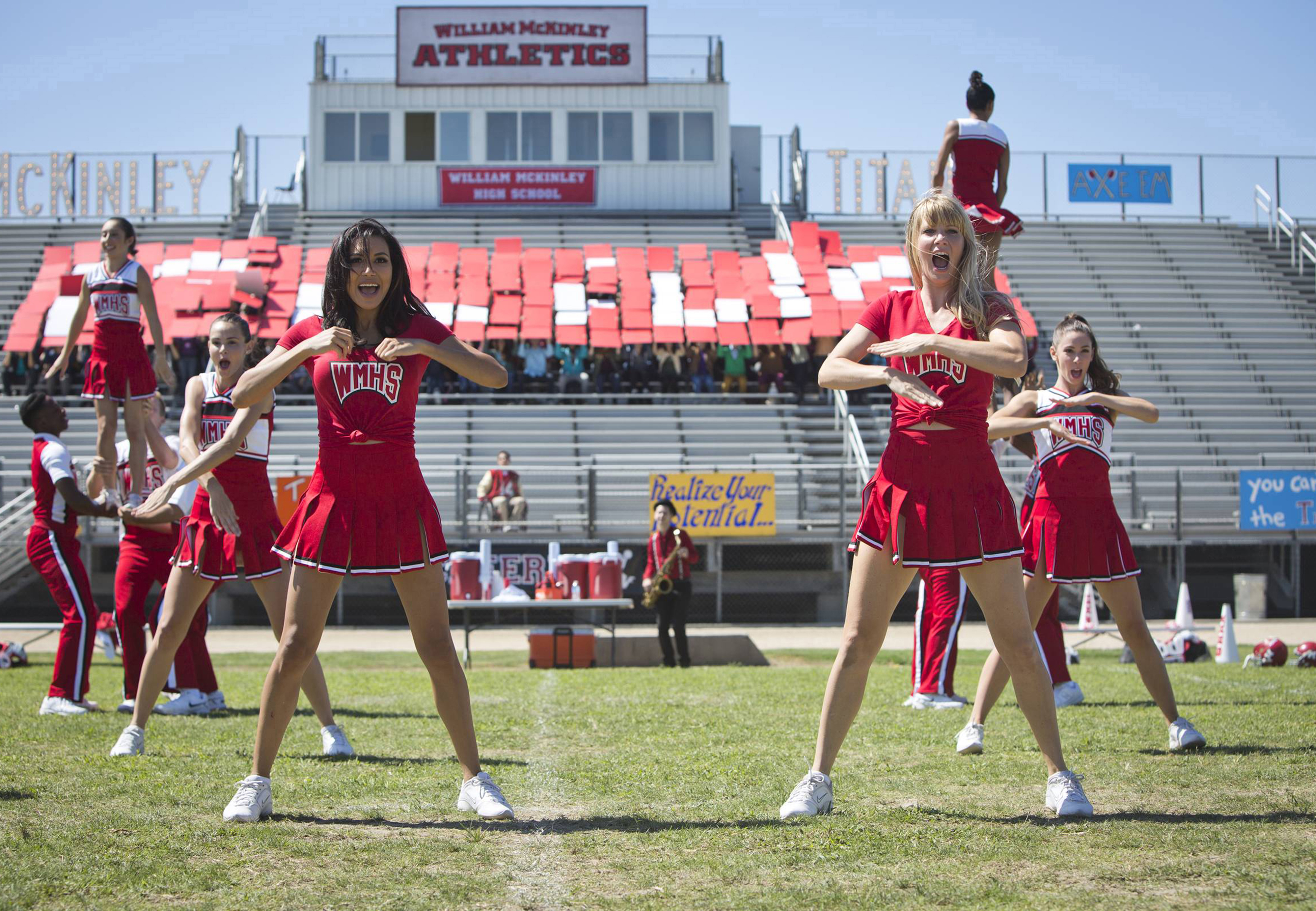 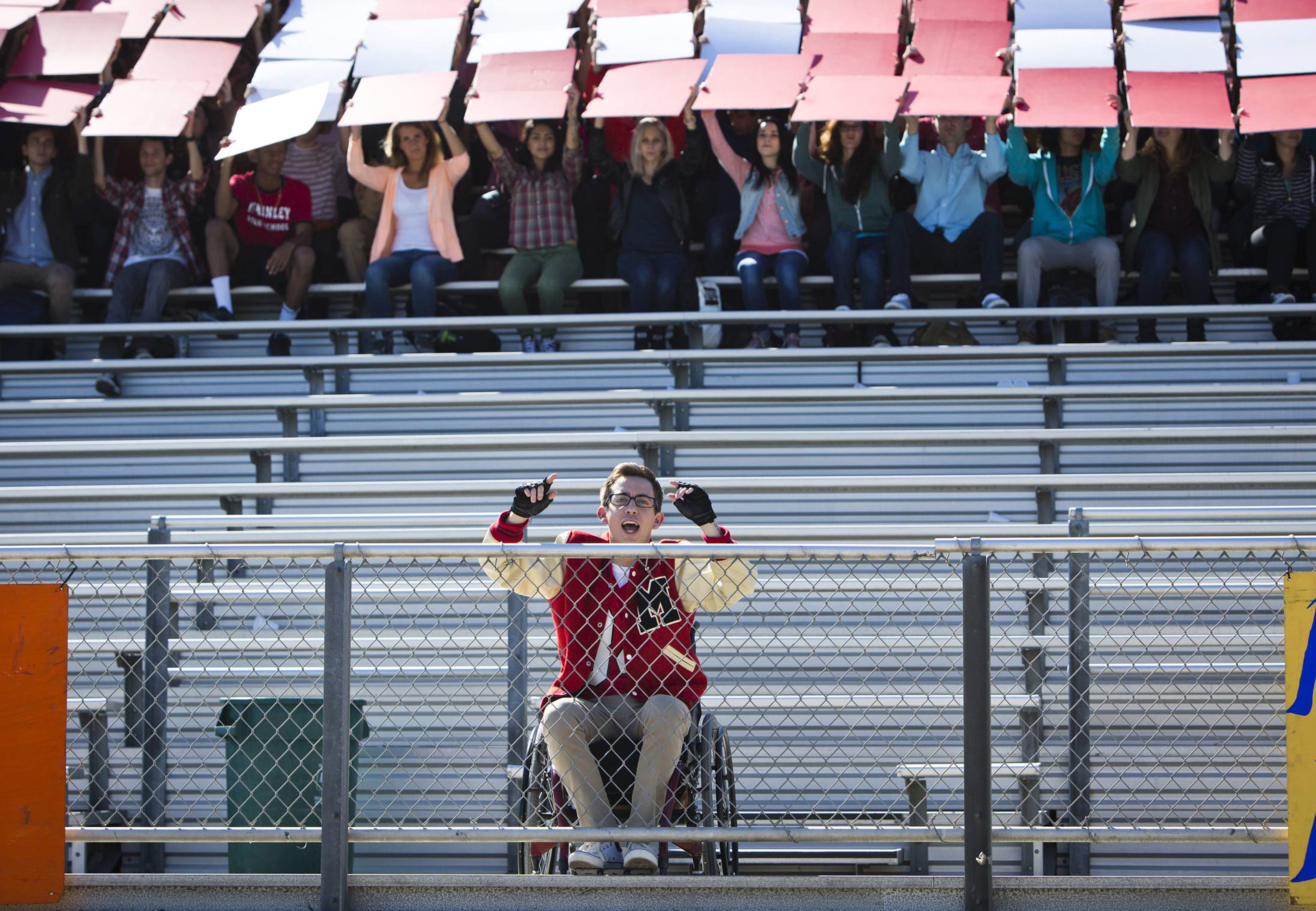 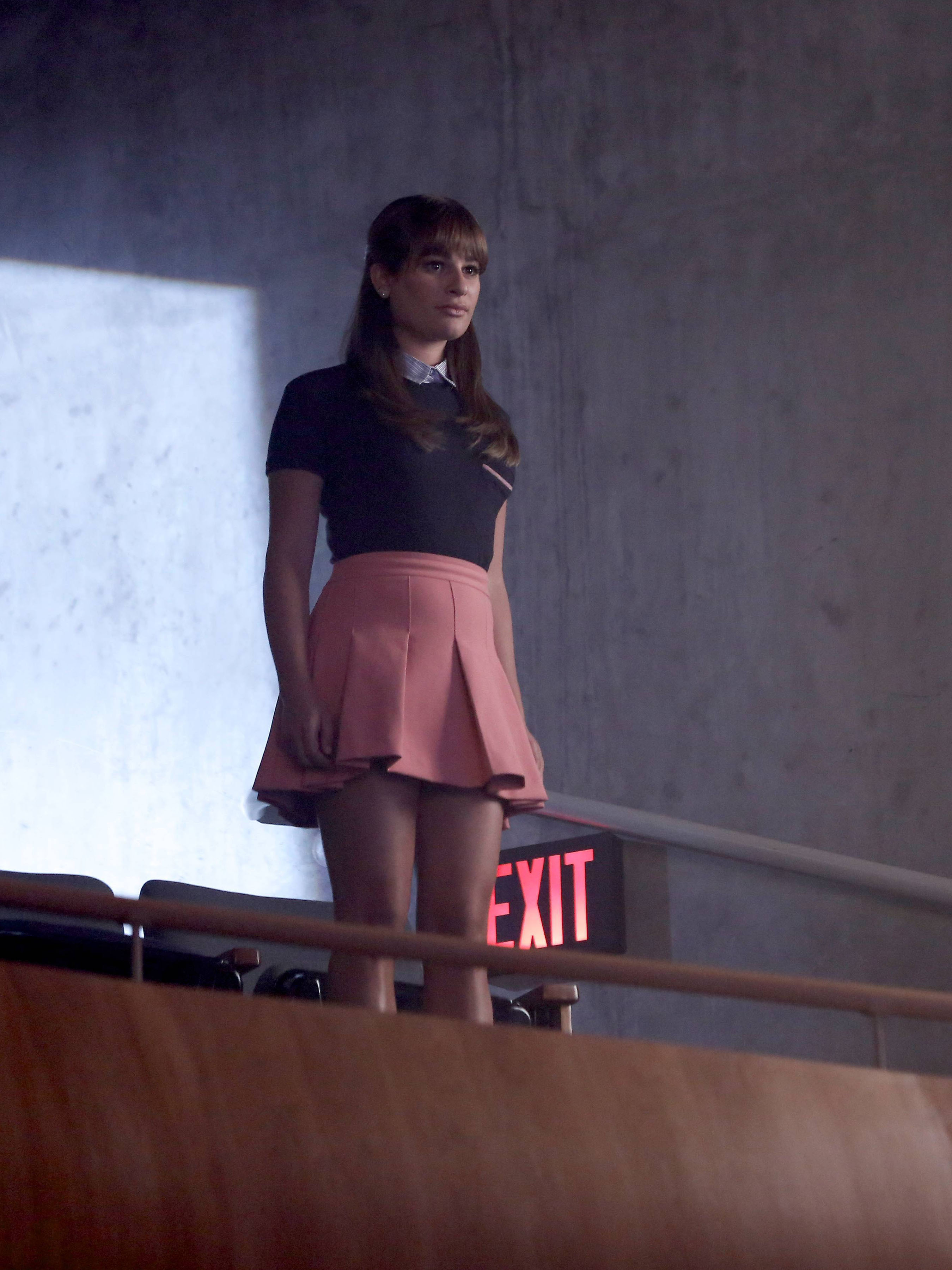 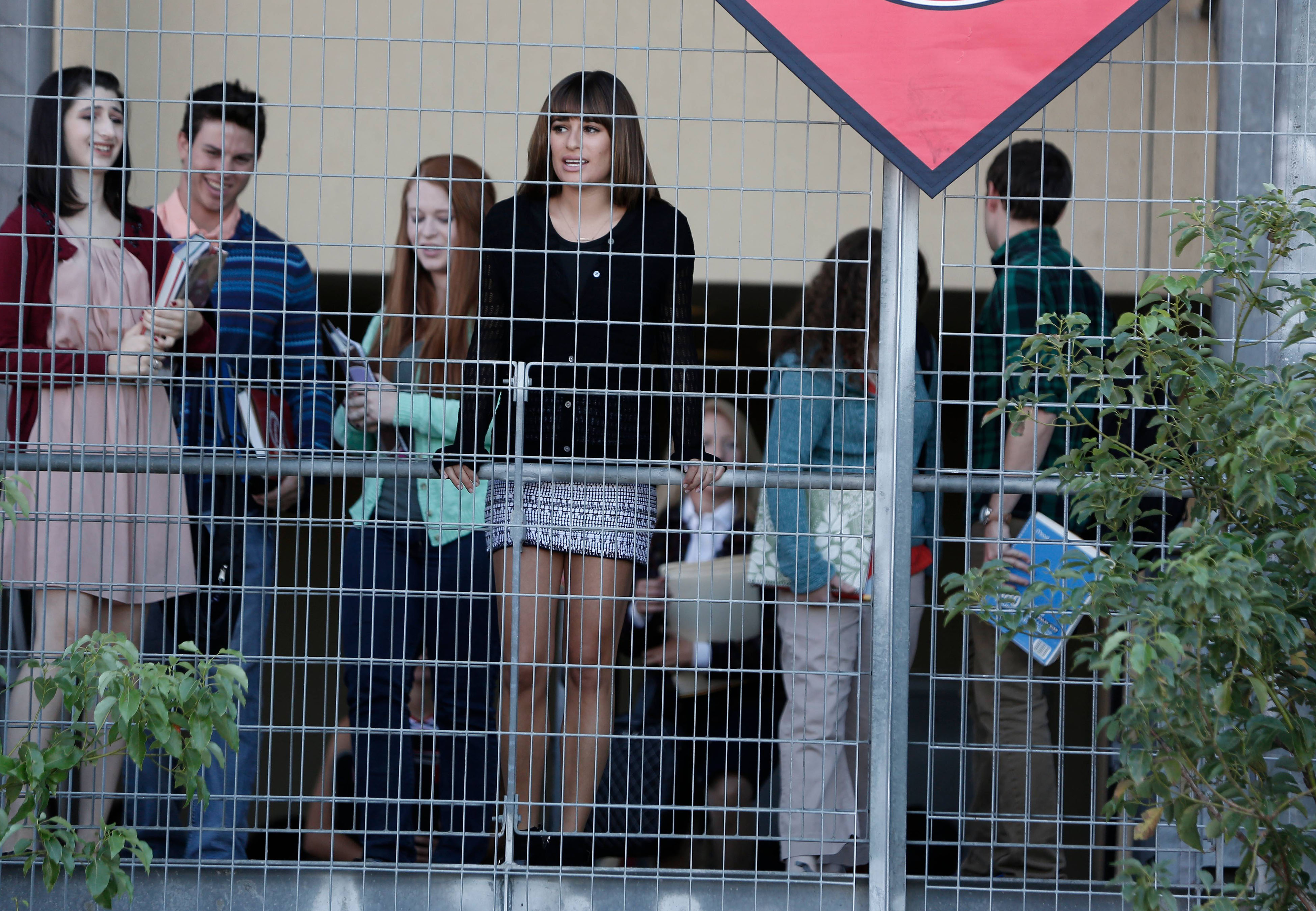 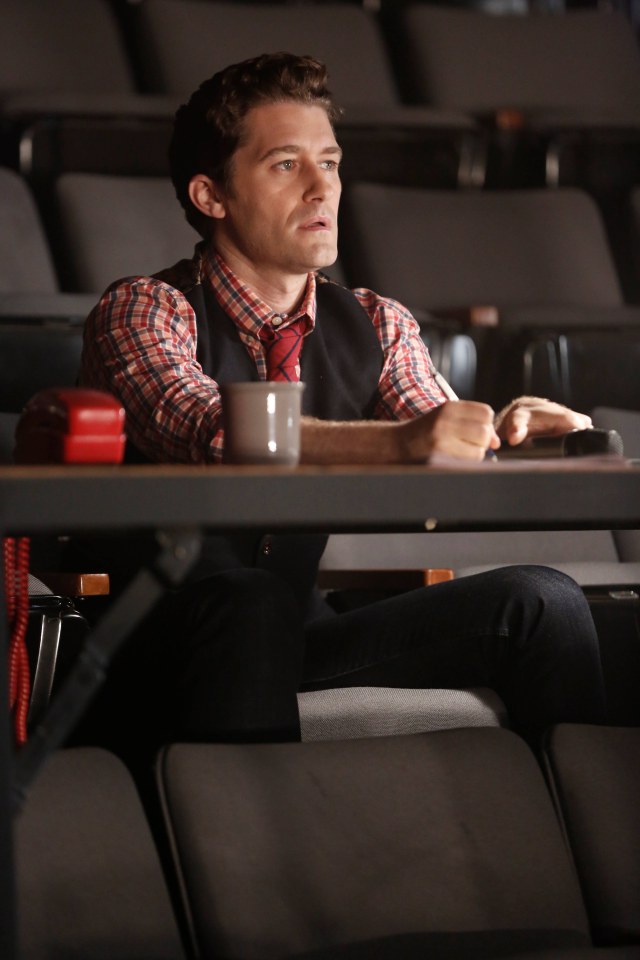 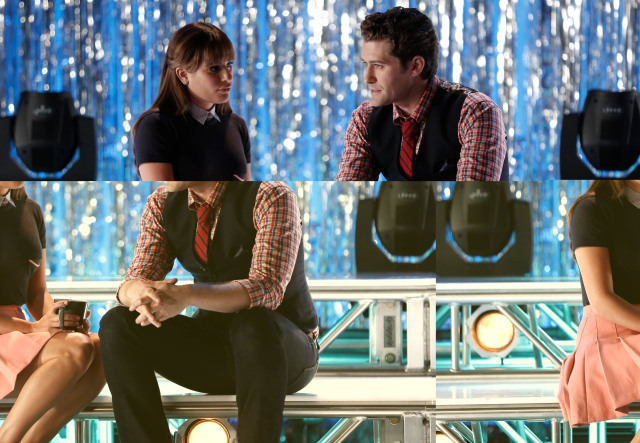 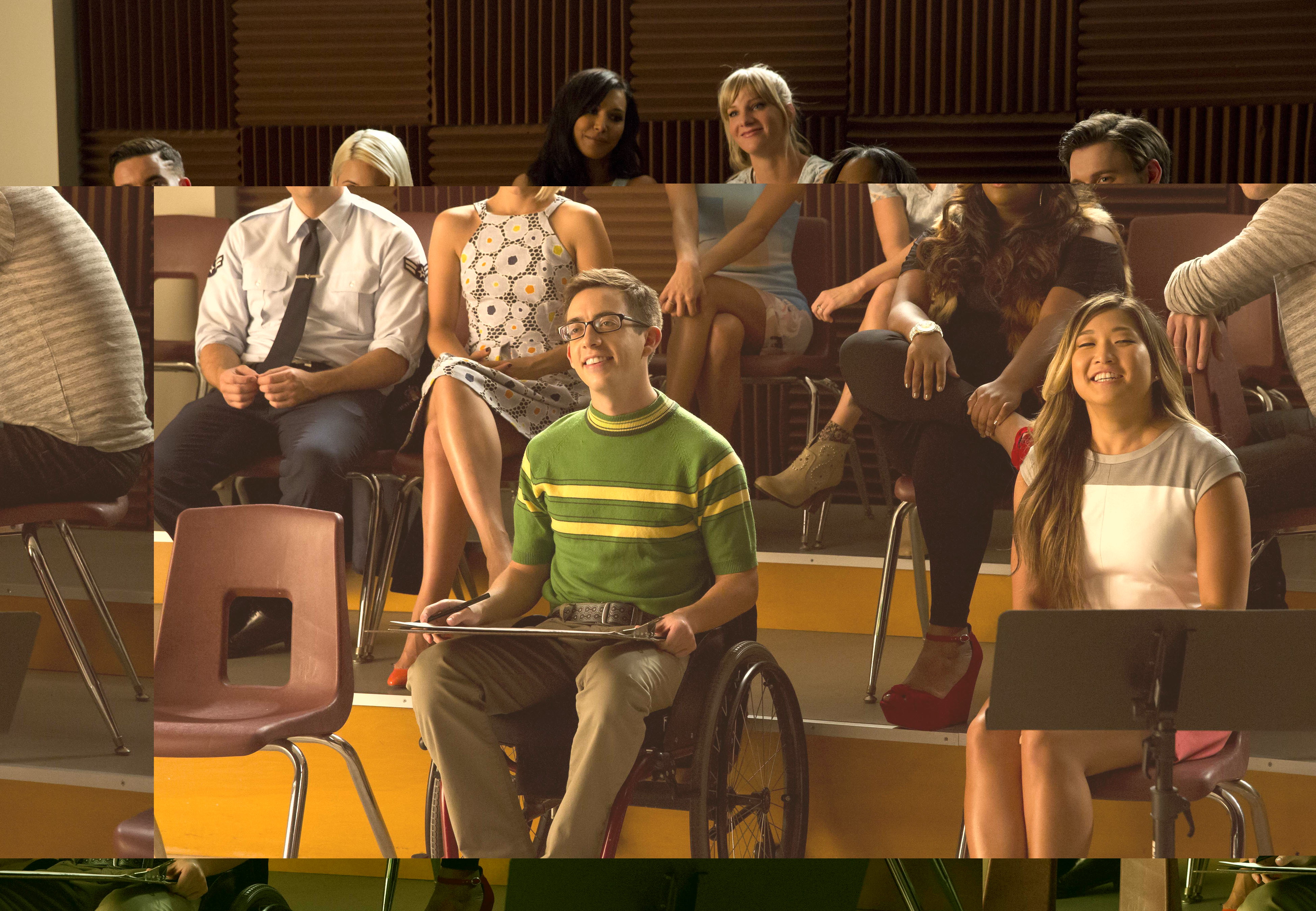 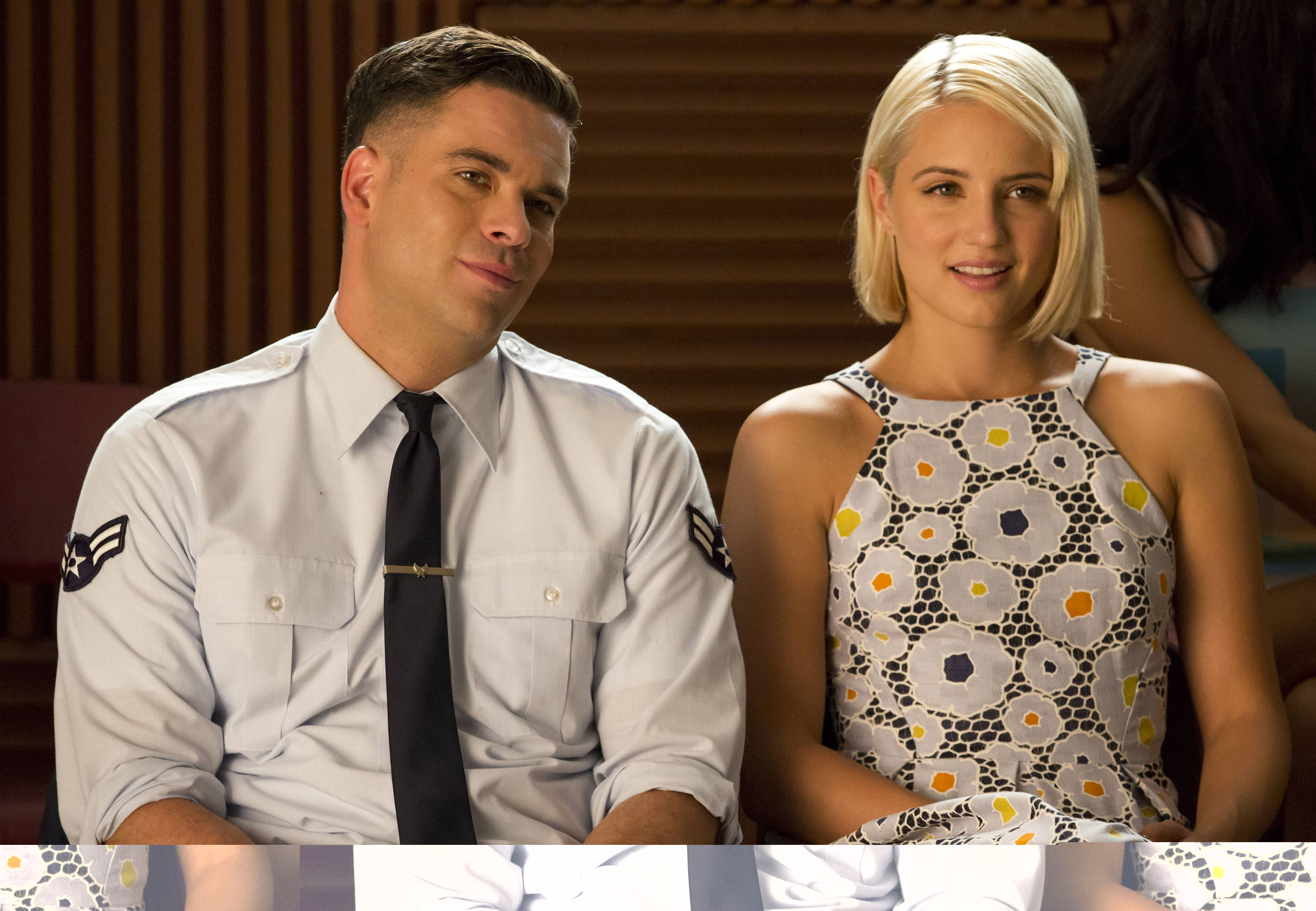 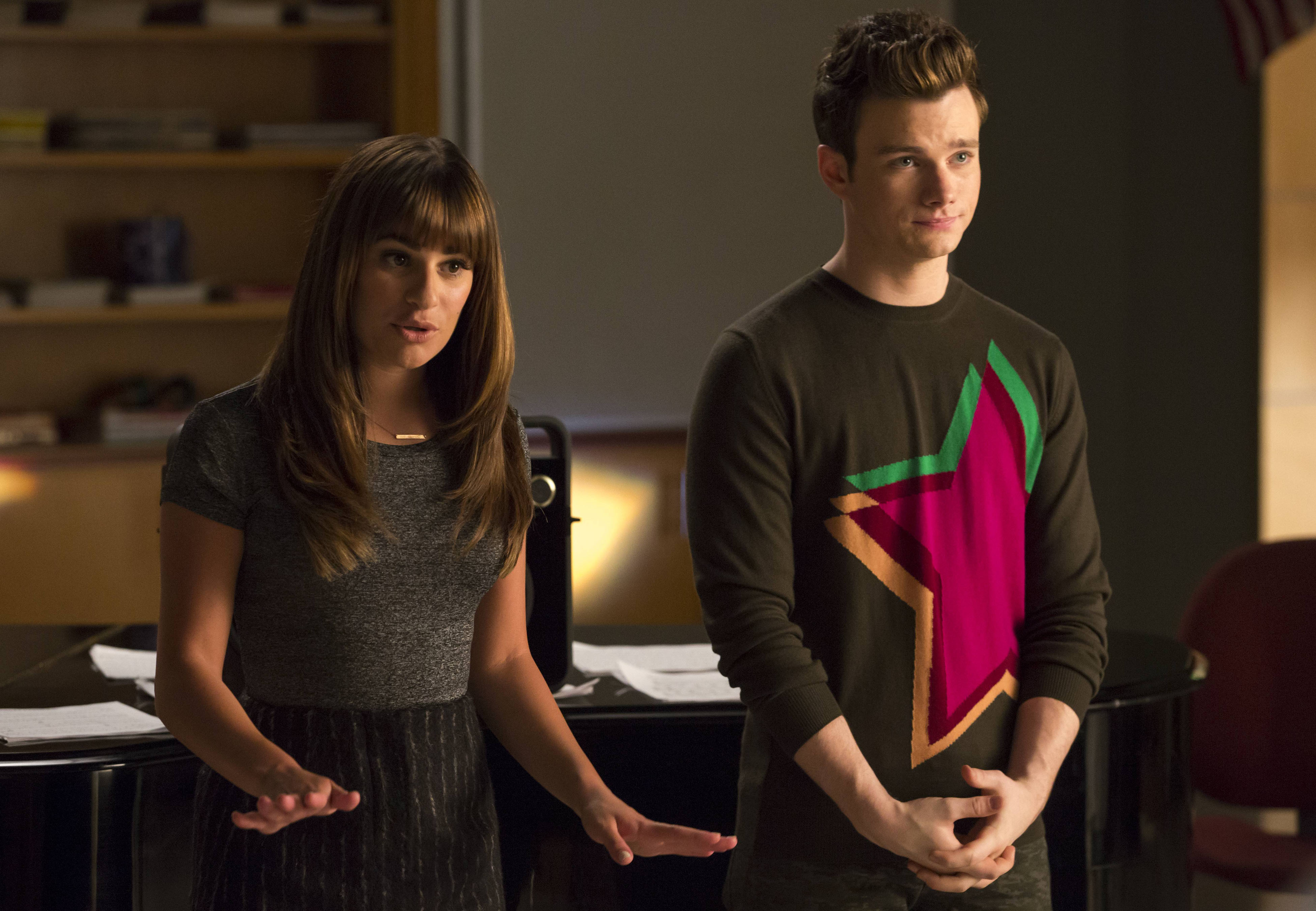 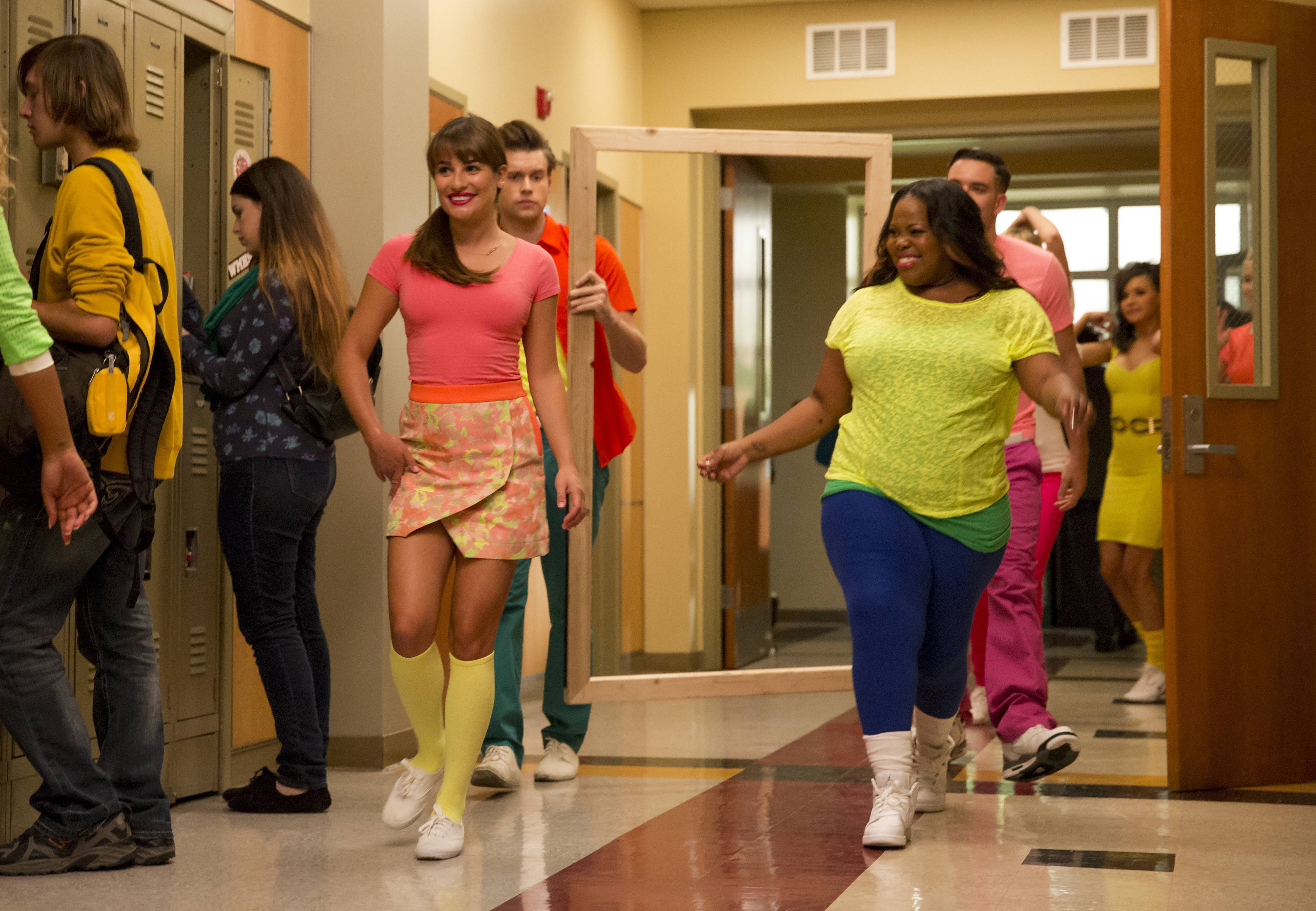 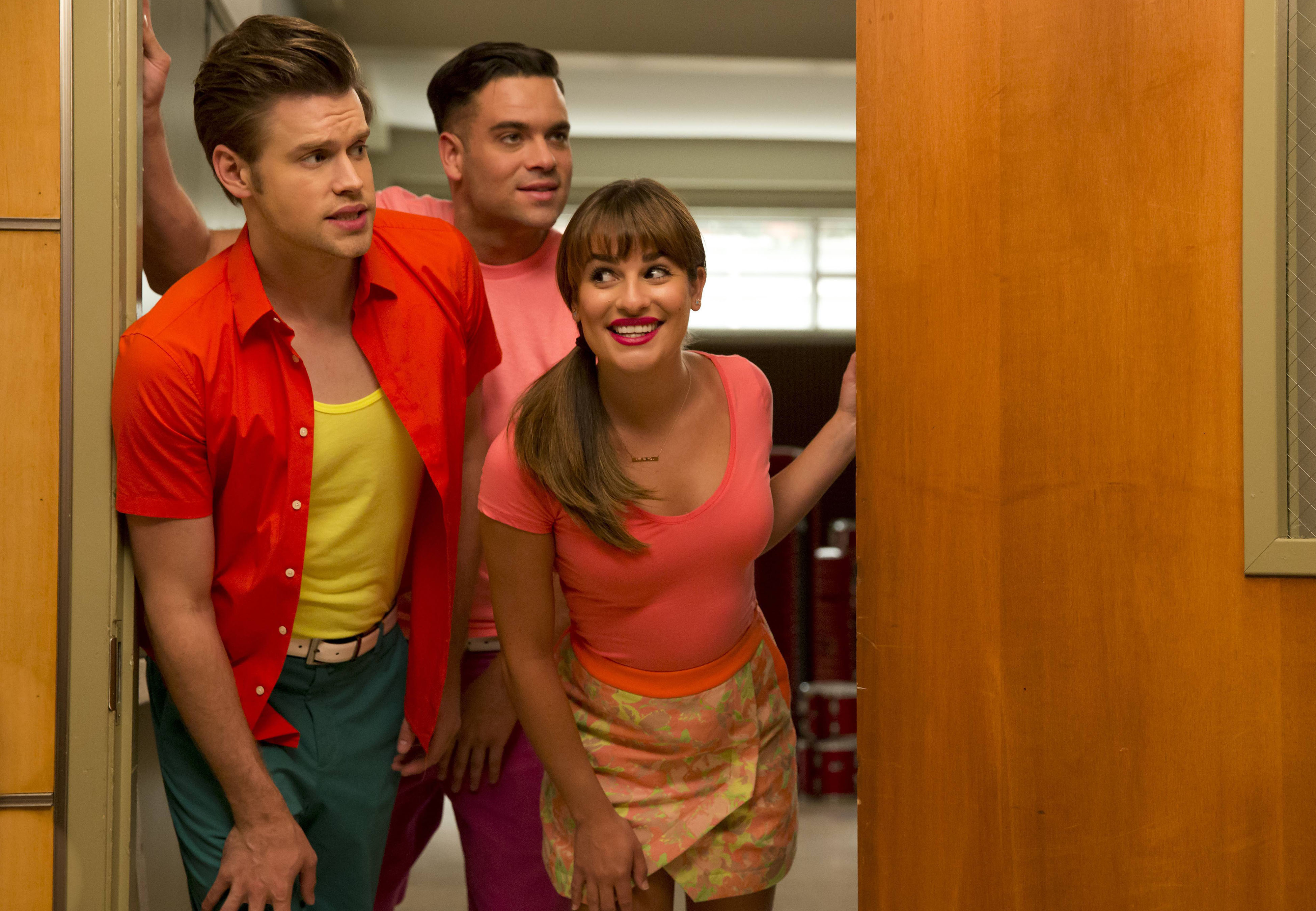 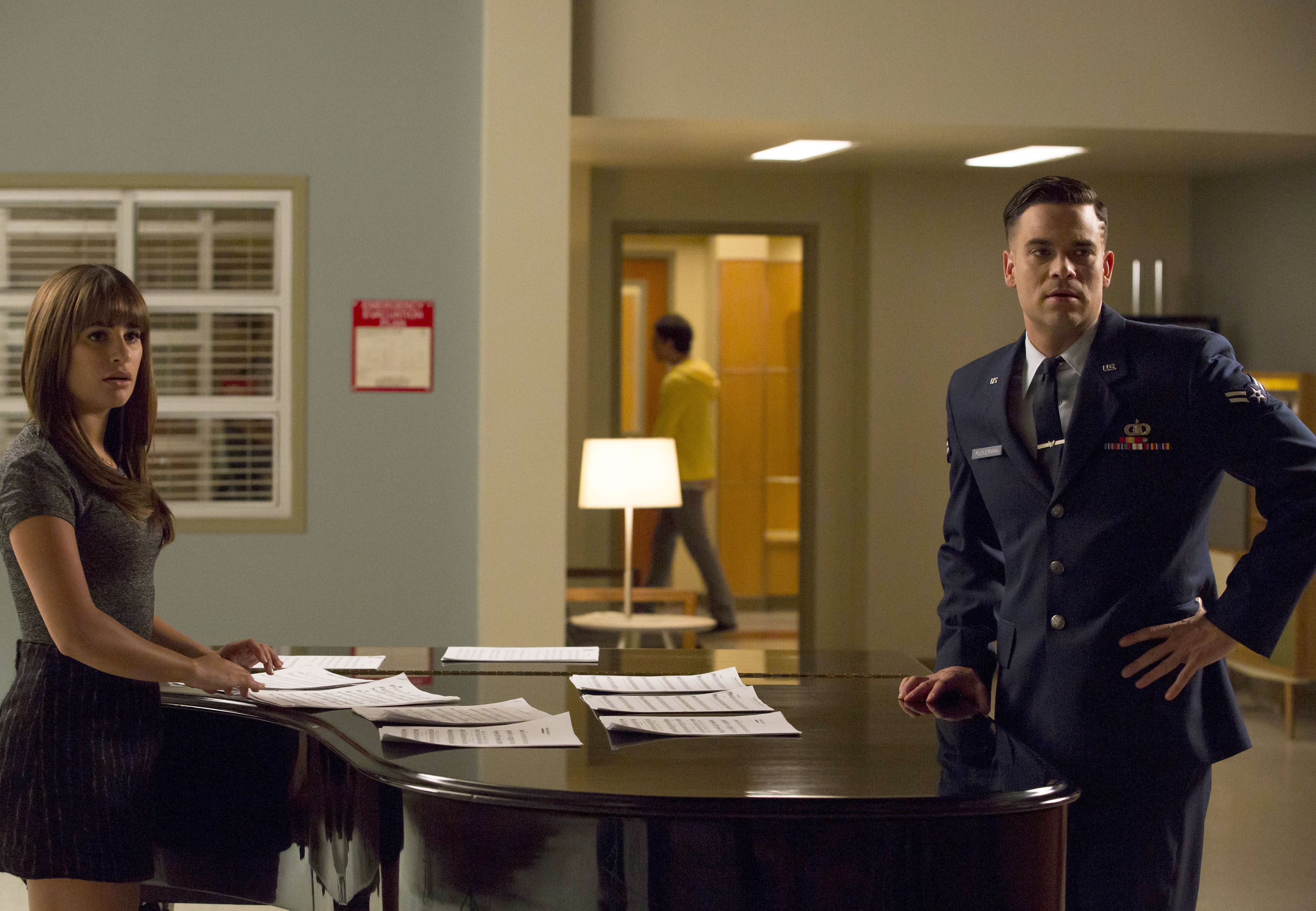 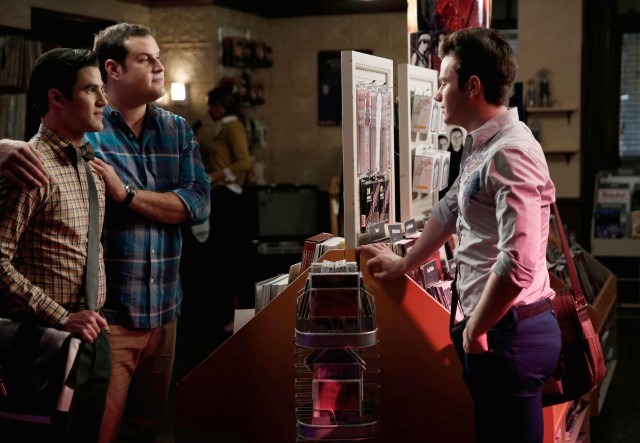 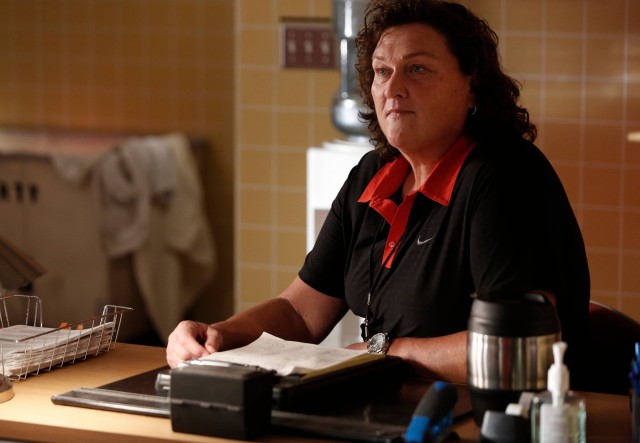 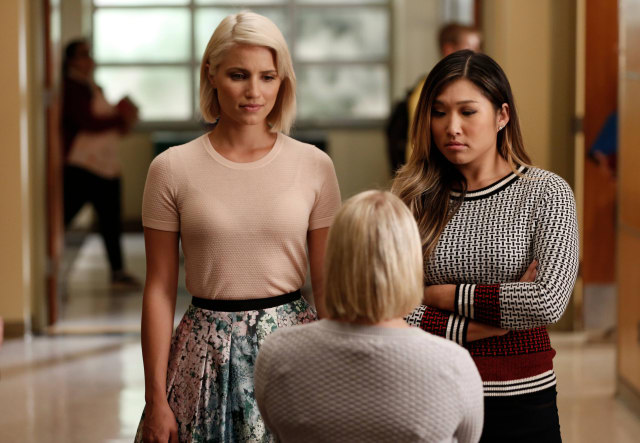 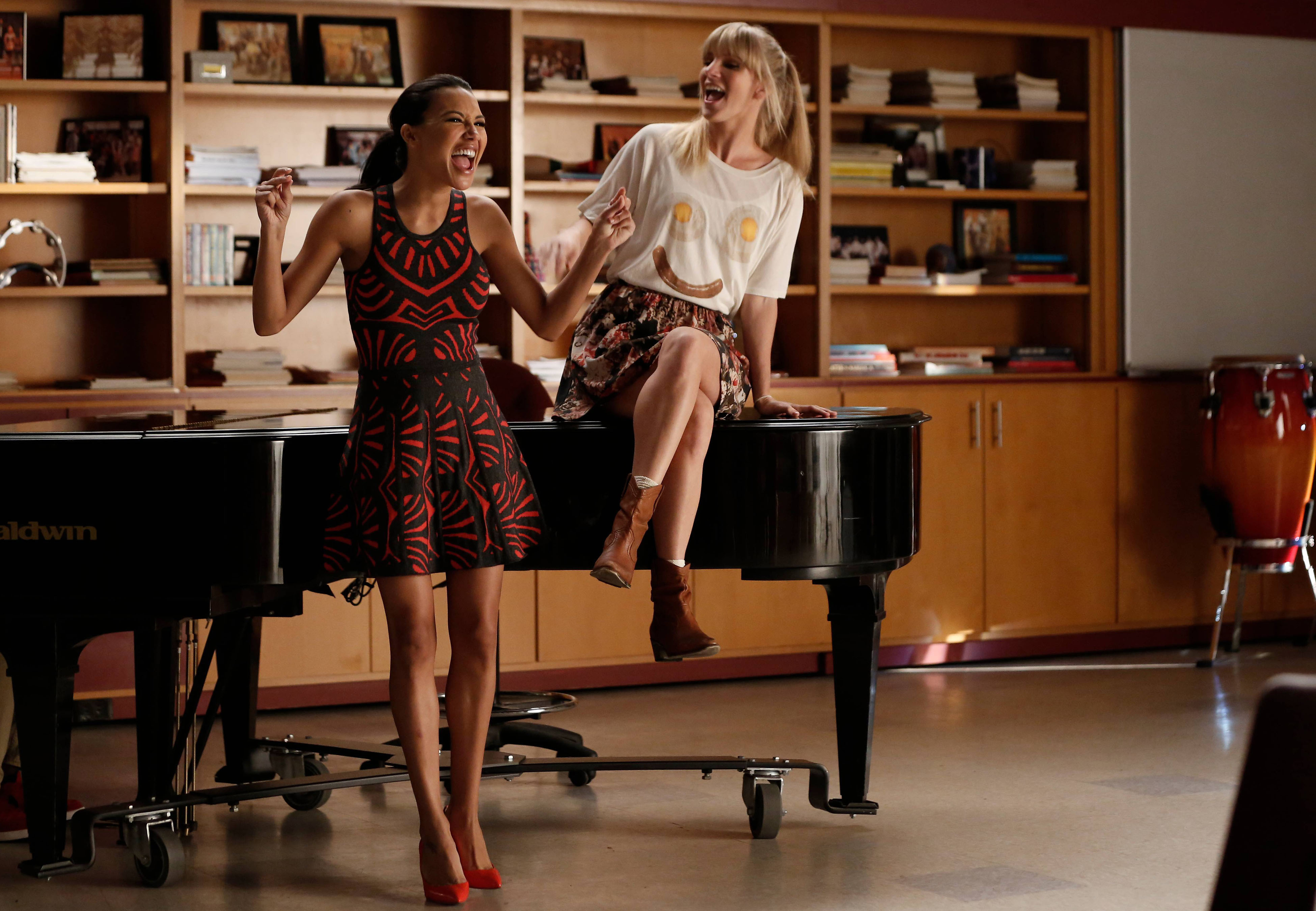 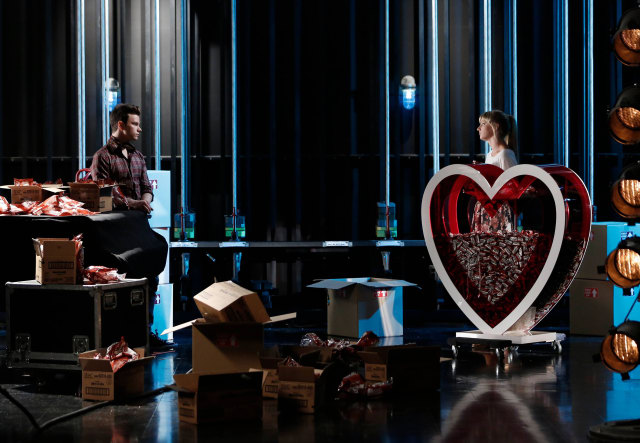 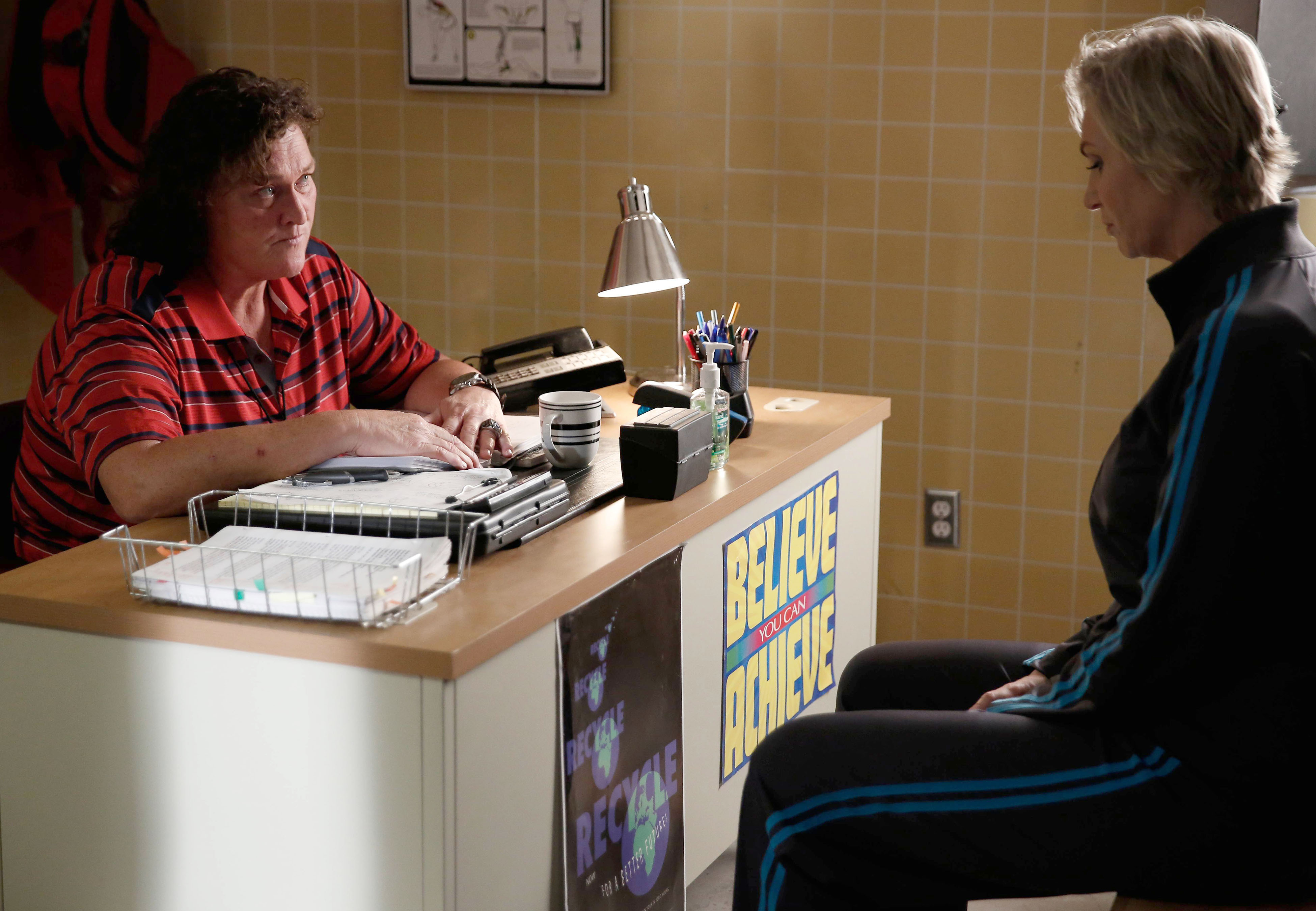 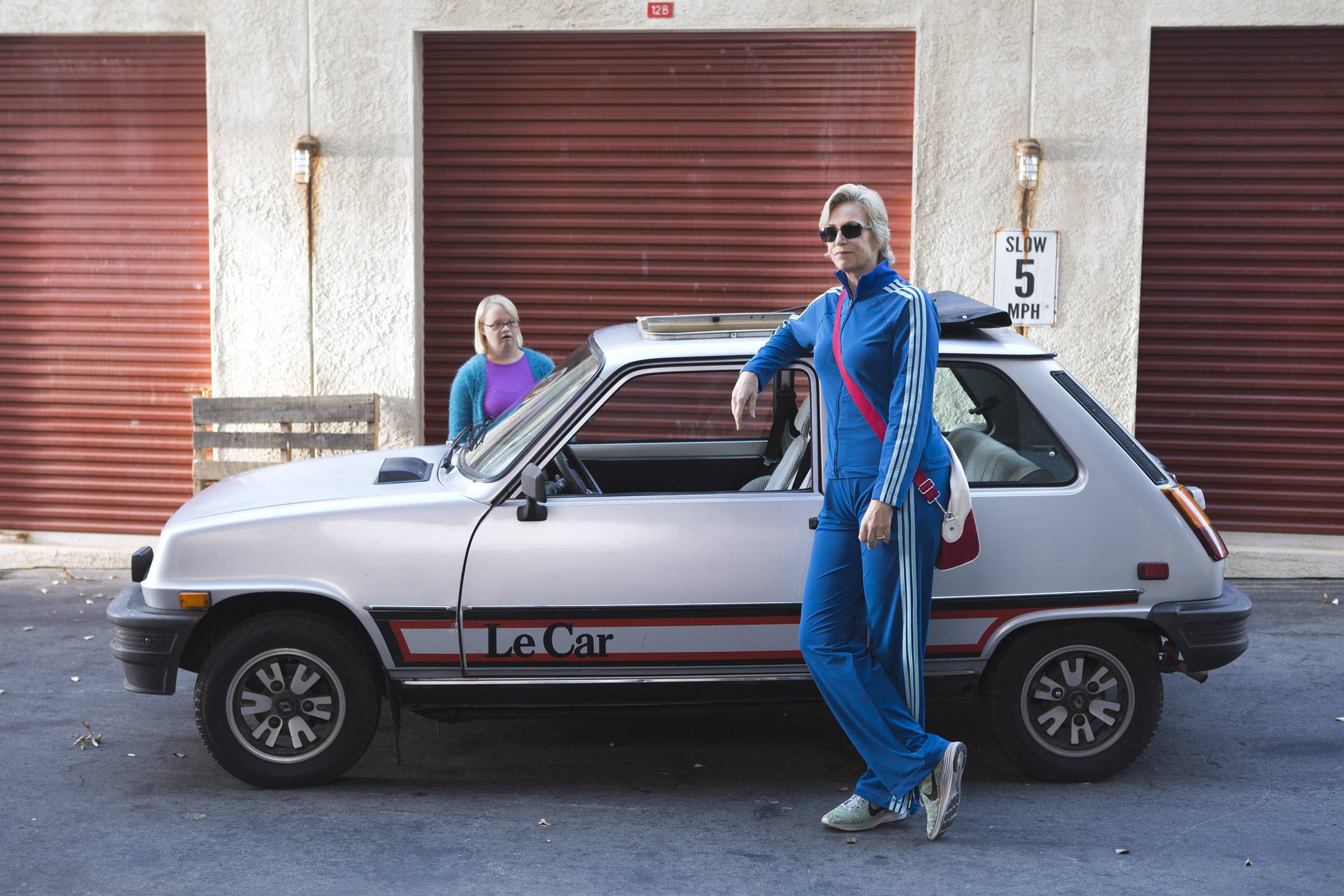 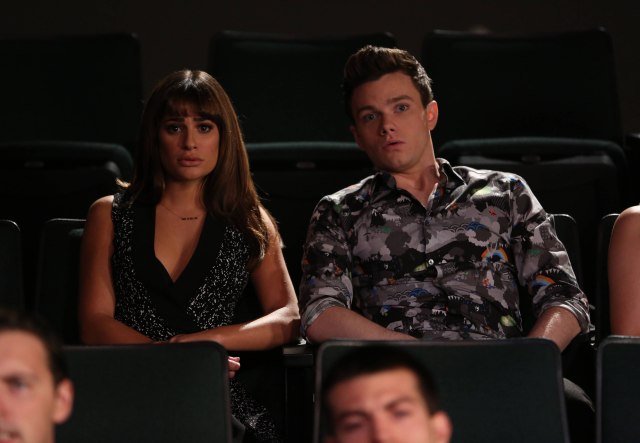 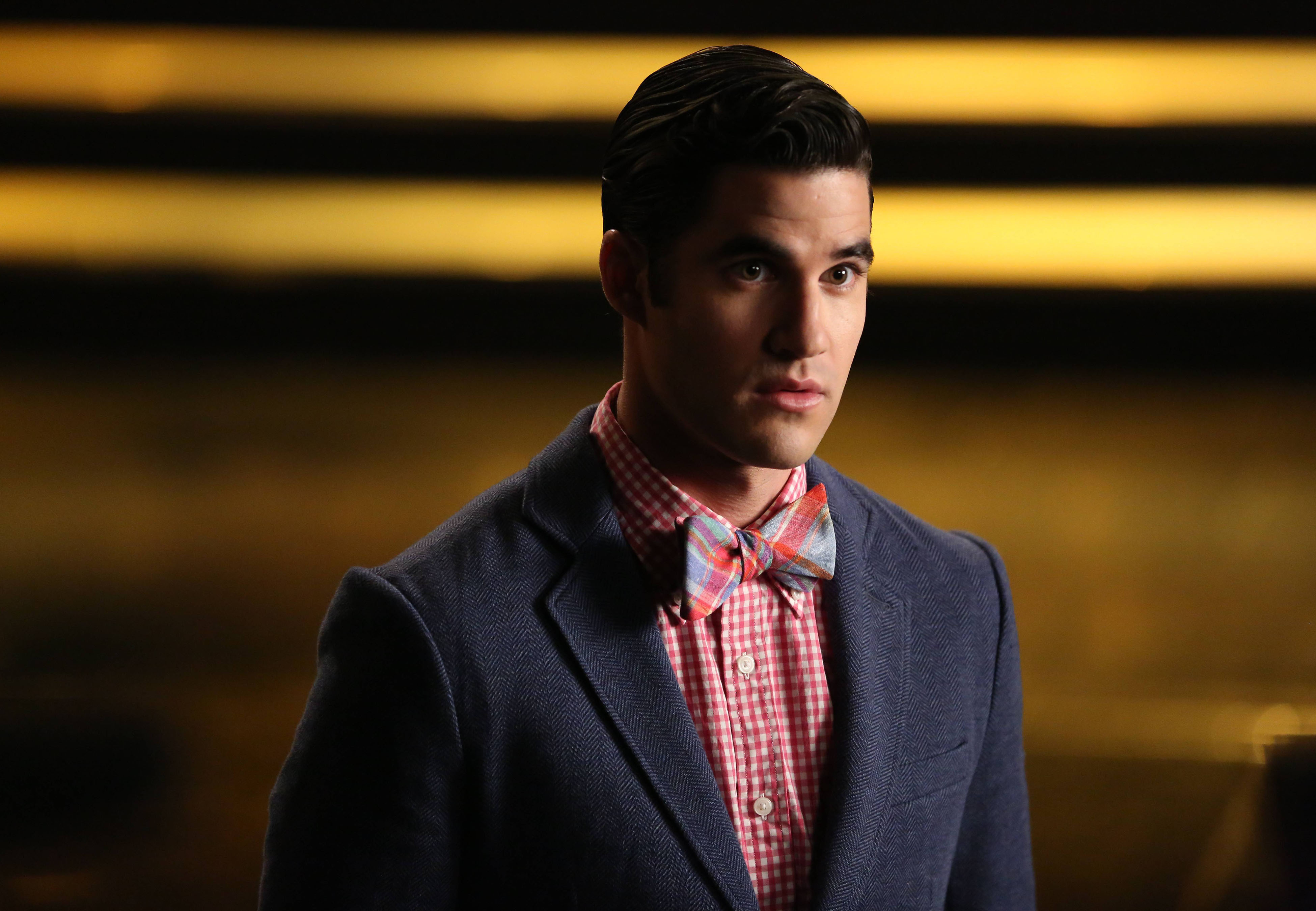 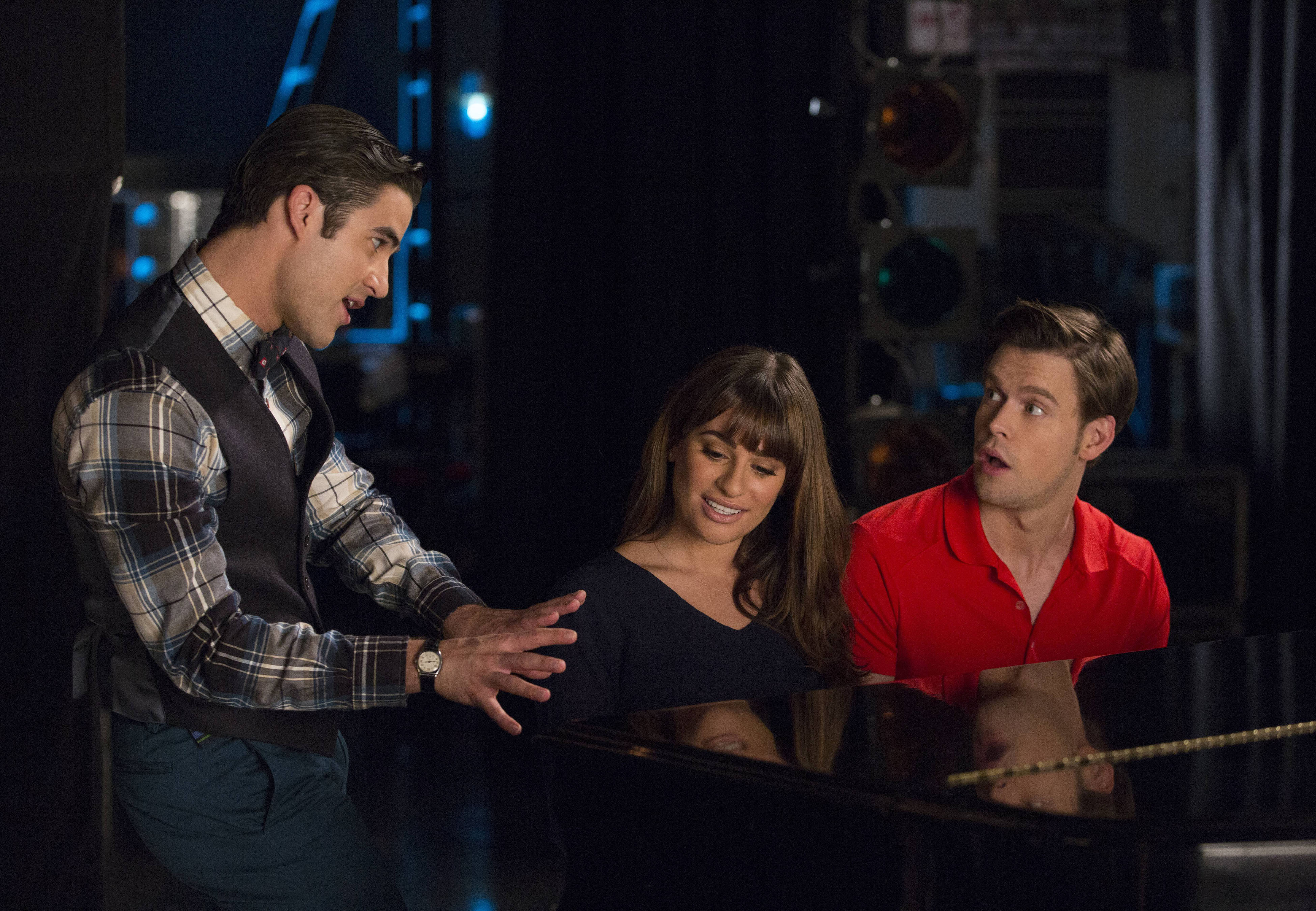 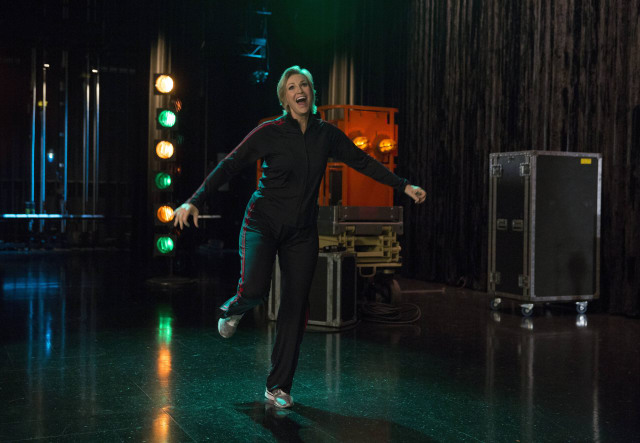 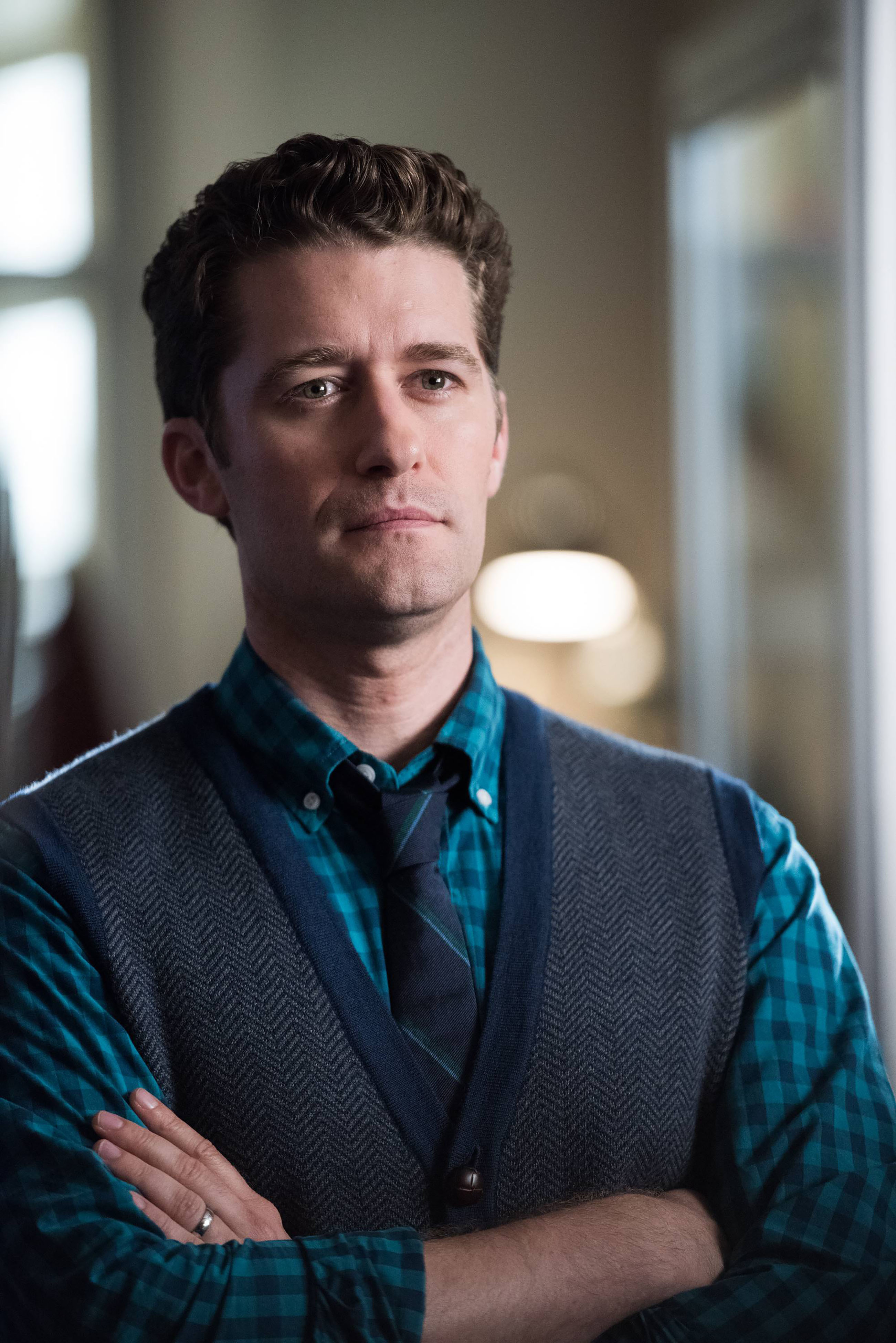 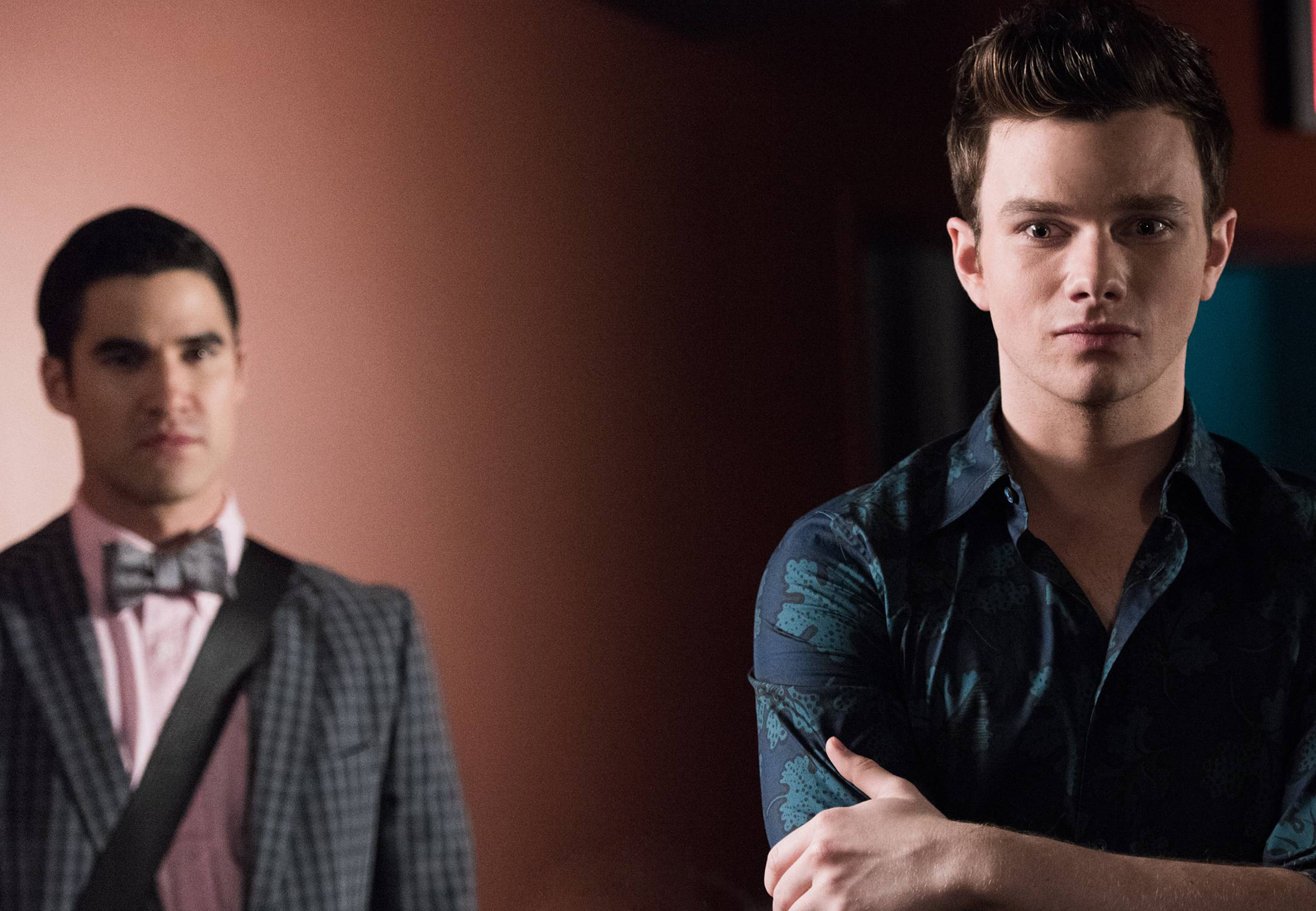 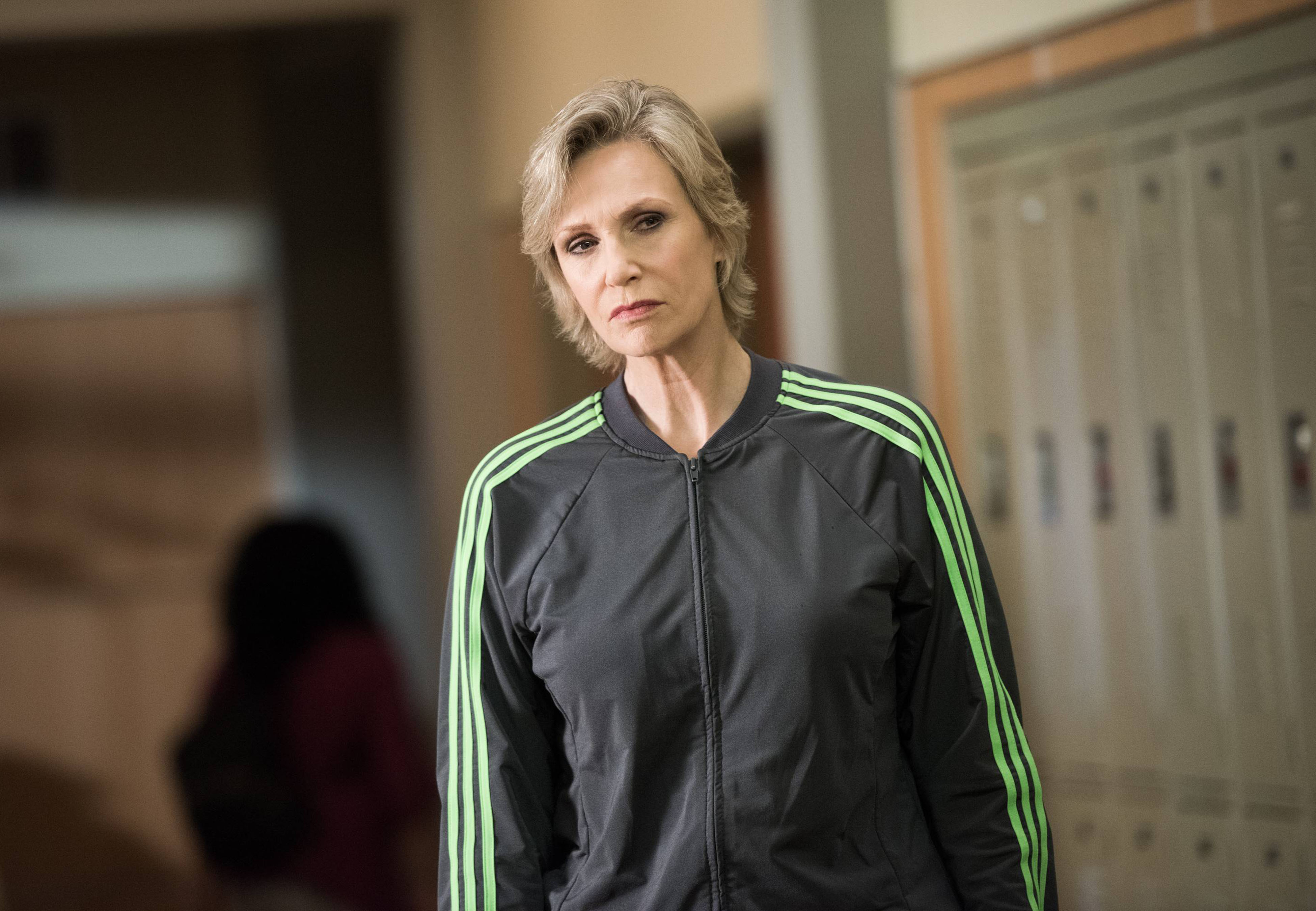 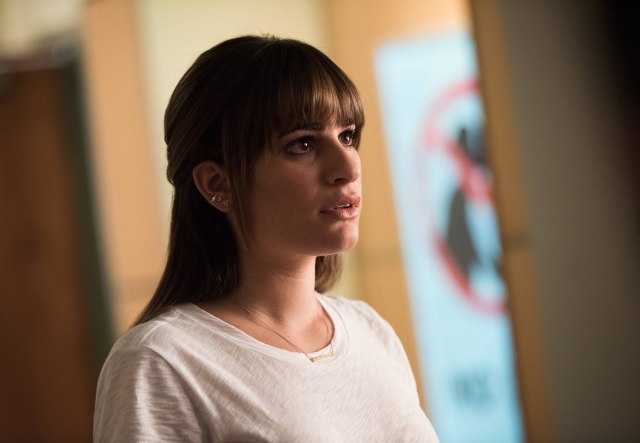 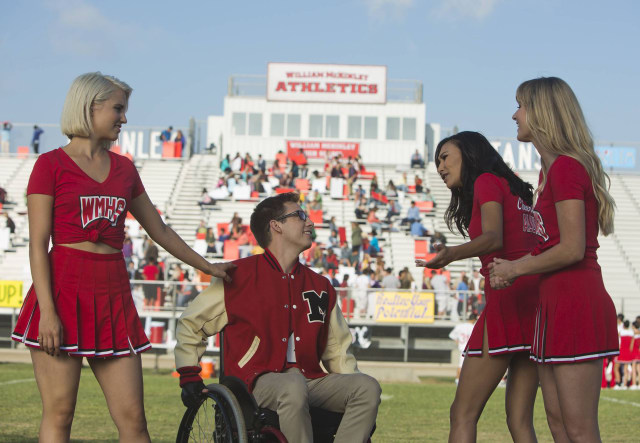 One month to go, Gleeks! Ya ready?

More: Want more TV news and reviews? Sign up for our newsletter