I’ve watched White Christmas twice in the past week. I can’t guarantee that I’d pass up the chance to belly up on the couch one more time if it came on again. I’m not sure if it’s the throwback to a simpler time, the singing and dancing or the scenes in Vermont that are the draw, but I’m hooked. If that’s not enough to make you a fan, perhaps you need some backstory factoids.

Most of her singing parts were dubbed by a woman named Trudy Stevens. Vera-Ellen’s own voice was used once — when the foursome got off the train in Vermont, and they broke out in the “Snow” song all over again.

2. Who needs to be a singer when you can dance like that?

Vera-Ellen certainly had the moves. Rosemary Clooney, however, couldn’t dance. She said, “They could dub Vera’s voice, but they couldn’t dub my dancing.”

3. You know that scene in which the Haynes sisters donned the blue feathers and performed the song “Sisters”?

Both singing parts were performed by Rosemary Clooney. Later, when Rosemary released the song, she recorded it with her real-life sister, Betty Clooney.

4. So when Bing Crosby (Bob) and Danny Kaye (Phil) took over the blue feathers and pretended to be the singing sisters, that scene may look especially jocular because it wasn’t really in the script

The guys were just monkeying around, and the scene ended up in the film.

5. Can you imagine Fred Astaire in the role of Phil? 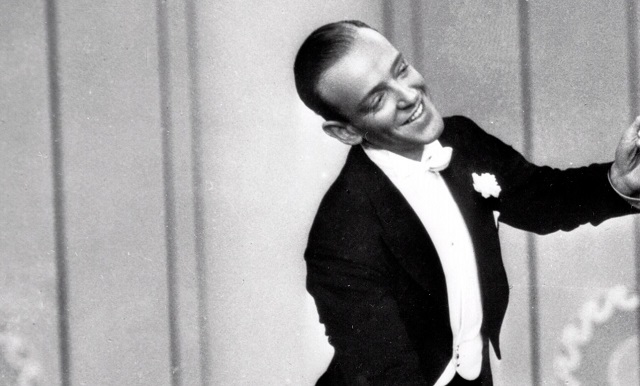 He was the No. 1 choice, but he backed out after reading the script.

6. When Judy showed Bob and Phil a picture of their brother Bennie, did it look familiar to you?

They used a shot of actor Carl Switzer, otherwise known as Alfalfa in The Little Rascals.

7. Judy and Betty told Bob and Phil that their brother was working “out of the country” in Alaska

8. The oddball language is a big part of the draw for me

The character of Bob came up with some doozies, and they weren’t scripted — that was all Bing Crosby and the way he talked in real life. At one point, he referred to Phil as a “weirdsmobile.”

9. Irving Berlin wrote the song “White Christmas” while lounging at a pool in California

He was missing his family back East and feeling nostalgic about being away over the holidays for work.

10. Berlin is the only Oscar presenter to open the envelope and read his own name as the winner

“White Christmas” won as Original Song when it debuted in the film Holiday Inn in 1942.

11. Berlin was nominated for another Oscar for his music in the movie White Christmas in 1954

The song was “Count Your Blessings Instead of Sheep.”

13. Remember that scene with Rosemary Clooney in the black dress flanked by male dancers?

The lead was George Chakiris, who went on to win his own Oscar for Supporting Actor as Bernardo in West Side Story.

14. Don’t run out and buy the official White Christmas soundtrack if you love the gentle stylings of Miss Clooney

Because she was under contract with another recording company at the time, they used Peggy Lee’s voice for the soundtrack.

15. Before Bob and Betty gave into their first lip-lock during their midnight snack at the inn, Bob shared his theory about what foods led to what dreams 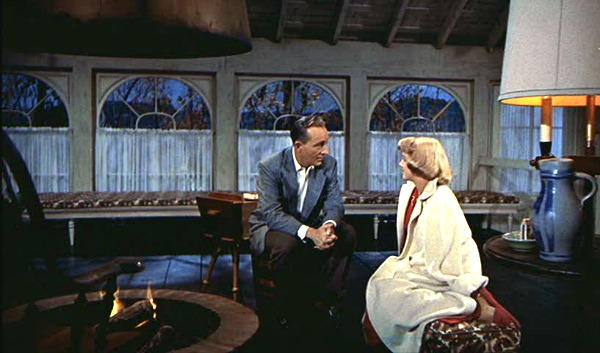 And it was all improvised.

16. The amazing, colorful, show-stopping finale had to be reshot (with no film in the camera)

Why? Because the king and queen of Greece visited the set and the producer wanted to give them a show. Bing had already cut out to go catch a golf game.

If you’re still reading and not rifling through your digital guide for the next showtime, then I’ve failed you. What’s your favorite holiday movie and why?