Comedian Hamish Blake’s parody of Humans of New York is perfectly on point.

The comedian, who’s visiting New York with his family, posted on Instagram that after waiting six hours for “the Humans of New York guy,” he decided to take matters into his own hands, posting his this pic: 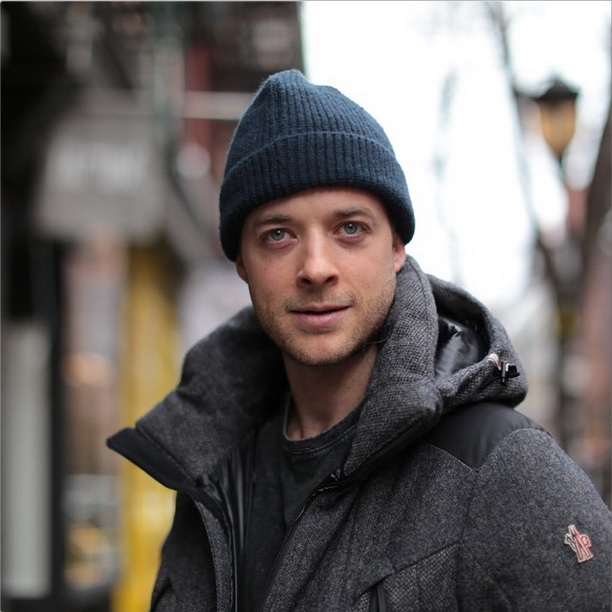 The caption, though, is what really makes it perfect.

“I grew up on a ketchup farm in Mississippi. We would go out all day and dig up bottles of ketchup then sell them by the side of the road for 10 dimes, which most people just call a dollar now. It wasn’t till I was 18 that my pappy told me there’s no such thing as a ketchup farm, he was buying those bottles in town and burying them in the middle of the night just to give us something to do the next day. They cost him two dollars a bottle, so we were losing a solid dollar every bottle, plus the time spent digging them up and him sneaking out every night to bury them. After I found out I moved to New York to become a jazz dancer. I became a hit and danced privately for many well known celebrities and world leaders. I would sometimes dance quietly for Einstein in his study, he said it helped him think. I was dancing softly in the corner when he came up with the E equals Mc Squared stuff.”

Hilarious, right? That is, it’s on point if you’re familiar with Humans of New York, or HONY. If you’re not, allow us to get you caught up on one of the most popular photo blogs in the world. Here’s everything you need to know:

HONY has well over 11 million likes on its Facebook page. Its first book sold more than 30,000 presale copies and was No. 1 on the New York Times best seller list in November 2013. In 2013, it won Webby awards for Best Use of Photography and Best Cultural Blog. HONY’s founder was named one of Time Magazine’s 30 People Under 30 Changing the World.

Stanton, 30, is a completely self-taught photographer who’s only been snapping photos for about five years. He started by taking photos during his breaks from his bond trading job in Chicago. When he lost that job, he started traveling and photographing people all over the country. He landed in New York, where he came up with the idea to take 10,000 photographs of New Yorkers and plot them on a map of the city. But as Stanton started talking to his subjects as he was photographing them, he became fascinated with their unique stories. He started including a quote from each subject with his or her picture, and Humans of New York was born.

In late 2012, Stanton traveled to Iran and included portraits of people there on the blog. After the April 2013 Boston Marathon bombings, Stanton did a series featuring street portraits in Boston. He did the same in Austin, Texas, during 2014’s SXSW Conference. And last summer, he departed on a two-month world tour sponsored by the United Nations, taking portraits and recording stories in 12 countries in the Middle East, Africa and South Asia.

4. People either love it or hate it

Or maybe it’s a mix of both. But it seems like everyone familiar with HONY has a strong opinion about it, and that love/hate relationship most people have with the blog has spawned a number of parodies, spoofs and spin-offs. There’s now a Humans of _____ for just about every major city in the world, though none are as successful as Humans of New York.

5. It’s been behind some highly successful charity events

In 2012, fashion label DKNY asked Stanton for permission to use some of his shots in an ad campaign. He declined, and when the label used the photos without permission, all he asked in retribution was that DKNY donate $100,000 in his name to a YMCA chapter in New York. DKNY issued a public apology and made a $25,000 donation, and Stanton used the crowdfunding site Indiegogo to raise the remaining $75,000. It ended up raising more than $100,000 on its own. That was just the beginning. In 2013, Stanton featured a family on his blog who were trying to adopt an orphan from Ethiopia. He started another Indiegogo campaign to help the family pay for adoption costs — and surpassed their fundraising goal in 90 minutes. Earlier this year, Stanton photographed a young boy in New York named Rumi who dreamed of owning his own horse. Stanton started an Indiegogo campaign to raise money for Rumi and his family family to go on vacation to a Colorado ranch. Within seven minutes of posting about the campaign on his Facebook page, Stanton was able to pay for the family’s vacation, and by the end of the campaign, he had raised an additional $20,000 to donate to the New York Therapeutic Riding Center.

6. It seems to bring out the best in people