Many of us are sad that The Hobbit movies are coming to an end, but if there’s any proof a book shouldn’t be ripped apart into multiple movies, it’s The Battle of the Five Armies. Here’s why. 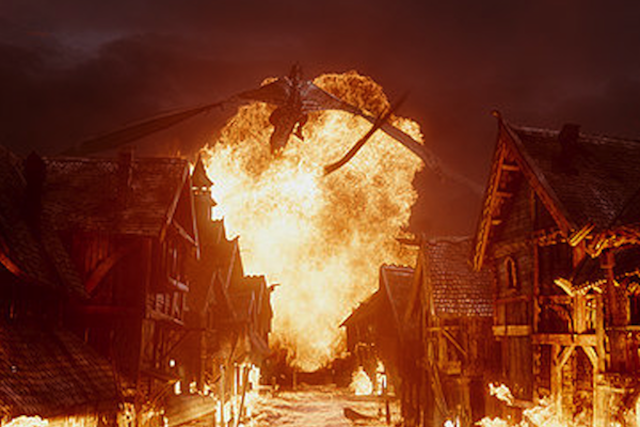 We know that the terrible, greedy dragon Smaug (Benedict Cumberbatch) is going to get killed, but we were shocked that it happened in the first 10 minutes. We understand why Peter Jackson didn’t kill him off in the second movie — he likely wanted to hook us into seeing the third film — but it just seems strange to have such a prominent character gone in the very beginning of the movie. This might have worked better if Smaug at least made it to the middle of the film.

J.R.R. Tolkien’s book The Hobbit is a beloved tale, easily digestible despite its numerous magical characters. After nine hours of the tale on film, we’re starting to feel like our eyes were bigger than our stomachs when it came to eating at the Hobbit buffet. 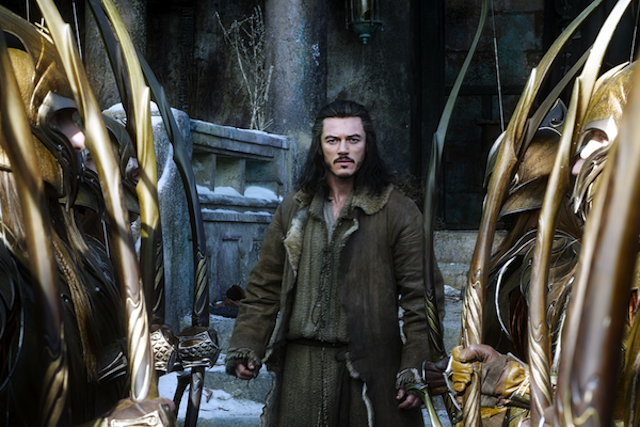 In the book, the final battle lasts for only one chapter, but takes about two hours and 10 minutes in the film. Bilbo (Martin Freeman) our protagonist is there somewhere, amid the thousands of soldiers cracking their swords at each other, but his important emotional journey gets put aside.

4. Who’s fighting with who?

Most real wars involve two or three armies, so having five armies makes it difficult to track who’s aligned with who. At a certain point, the whole battle looks like some epic video game, not the beloved fairy tale from our childhoods. Also, the straightforward, simply designed sketches that accompany the end credits feel so much closer to our memory of The Hobbit book than any of the 3-D CGI.

More: The Hobbit‘s Tauriel vs. The Hunger Games‘ Katniss smackdown

Tauriel the elf (Evangeline Lilly) has fallen in love with the dwarf Kili (Aiden Turner), a plot line mostly invented by Jackson and screenwriter Fran Walsh, and their love comes to a tragic end. We love Tauriel the character and the filmmakers’ attempt to add more estrogen into the film, but it plays out a little off-key, if the main themes of the film are creating a sense of home and the evil of greed.

The Hobbit: The Battle of Five Armies opens Dec. 17.