Kids in the ’90s learned everything they needed to know about science from Bill Nye.

He is, after all, the Science Guy. 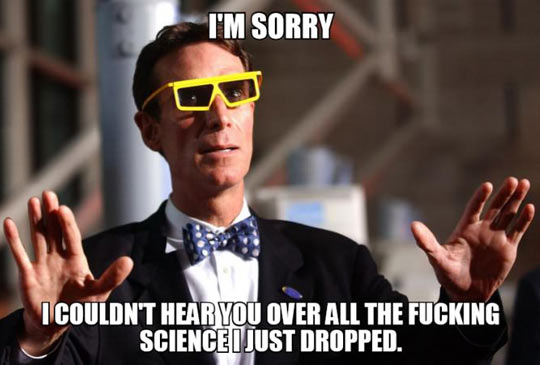 More: Trick the Keurig into brewing any K-cup (VIDEO)

Related story Was Your Kid Rejected From Their Dream College? That May Be a Good Thing
But he just dropped another educational video that instantly makes us forget how much we hated high school chemistry.
He is explaining evolution, this time using, of all things, emojis. More than 40 percent of Americans say they don’t believe in evolution as a scientific fact. So Nye did what he does best — he tried to explain it to them using everyone’s favorite communicative smiley faces and symbols.

More: Your kid’s teacher is a racist — what should you do?

The Science Guy makes molecules out of smiley faces and creates the term “radioactive” by using the radio + cyclist symbols — genius.

See more on Know Your Meme
He left out the poop smiley (thank you) but cleverly used the Single Ladies emojis to represent reproducing molecules, even more genius. He even managed to work in those often-forgotten clock emojis and the seldom used blowfish and octopus.

Emojical science, brought to you by Bill Nye, the Science Guy, explaining evolution, emojically… using emojis… or…
Something like that.
What he said.
Just watch the video.