The fans at the Justin Timberlake concert got more than just a concert from one of the greatest performers.

Related story Justin Timberlake's New Workout Video With Jessica Biel Made Us Realize How Rarely She's in His Photos
They got a heartwarming moment that shows even huge celebrities have soft sides and that in gift-giving, even the smallest things can mean a lot to someone, even someone who might seem to have everything.
During Timberlake’s Sunday concert, a dapper 10-year-old fan, dressed in a white tuxedo and black bow tie, caught the performer’s attention and handed him a small box. Timberlake asked the boy his age and he replied that he’s 10 years old and that he has been watching Timberlake since he was 2 years old (read: he has been a fan of Timberlake his entire life. We love this kid already, too).

Timberlake opened the box to find a bow tie, and that’s when he got all choked up. “Hey man, greatest gift ever. A gentleman can never have too many bow ties.”

More: Justin Timberlake throws down over cheating gossip… and wins

Could this be another tell-tale sign that Timberlake and his wife, Jessica Biel, actually have a baby on the way? This might be a reasonable explanation for Justin’s overly emotional response to the little boy. Or is Timberlake just that sweet and that awesome that he still thinks one young fan’s gift and devotion is touching, because… well, it is.
It has been rumored lately that the two are expecting, but the couple has yet to confirm.

Either way, Timberlake’s reaction to the child’s gift is everything we needed to push us head first into all the upcoming gift-giving extravaganzas that can sometimes become a bummer of the next few weeks. So when you start to feel like a Scrooge, just remember this: “I love you, kiddo,” he said. “Shit, that got me.”
Yes, Justin. It got us, too.
Sorry for the poor video quality, but watch it here, anyways. 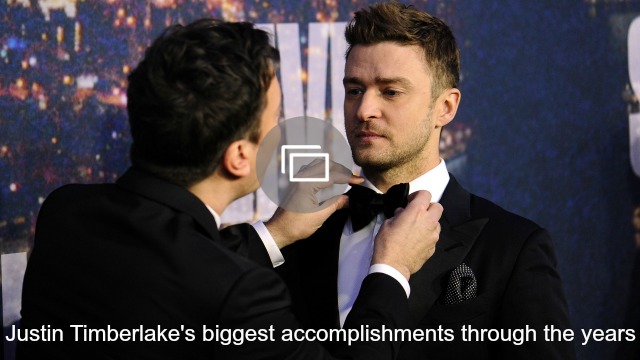