Teenage Mutant Ninja Turtles is out on DVD and Blu-ray today, so we thought we’d share some super fun nuggets of information to celebrate. Read on to find out which Star Trek actor inspired Donatello’s character in the movie.

1. Leonardo’s facial characteristics were inspired by an actor and a world leader. Animators used Russell Crowe’s eyes and Nelson Mandela’s mouth as inspiration for this reptile.

2. Raphael’s intense eyes and sexy snarl were molded after Clint Eastwood‘s but melded with Alan Ritchson’s face to give him that chiseled jawline.

3. Believe it or not, Michaelangelo’s visage was created to resemble Bill Murray from Ghostbusters.

4. The filmmakers wanted Donatello’s look to be out of this world, so they used Leonard Nimoy’s features as a starting point.

5. Megan Fox loves the turtles as a fan, not as an actor in a movie. 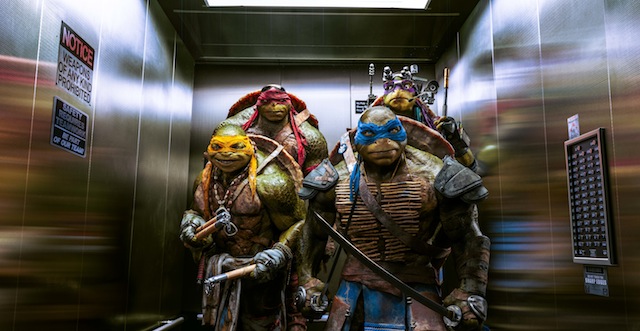 More: Did Megan Fox skip out on a Beijing premiere due to the vile pollution?

7. The real actors playing the turtles had their performances digitally captured on a computer, so you can see their actual performances in the animation.

8. When he was young, Jeremy Howard, the actor playing Donatello, used to wear a purple bandana, carry a broomstick and run around, pretending he was a ninja.

9. The turtles claim they ate “a lot” of pizza when filming in New York. We would expect nothing less from a pack of mutant turtles.

10. Apparently, while filming in New York, pedestrians were passing through the shots, and the cast and crew said they didn’t really care. 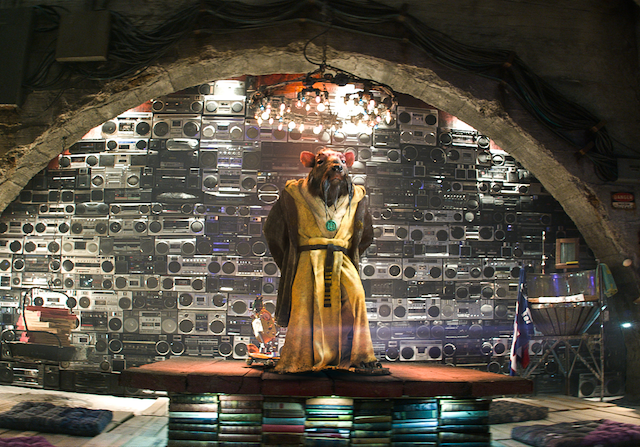 11. The Turtle Lair was not created using computer graphics or special effects — it was an actual set with furniture made out of pizza boxes.

12. The 2014 original movie title was supposed to be simply Ninja Turtles, but the words “Teenage Mutant” were added back to it to please the fan base.

14. The undercover code name for the filming of the movie was “Foursquare.” This name was told to anyone who asked what was being filmed to keep the movie a secret.

16. This is the first TMNT film as well as the third Nickelodeon film to receive a PG-13 rating in the United States.

17. This is the highest-grossing film in the Teenage Mutant Ninja Turtle film franchise yet.