1. Unwritten laws of the universe 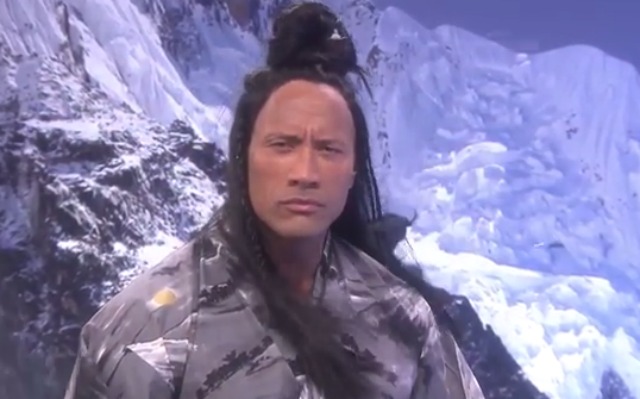 “There are certain unwritten laws of the universe that we must all obey.” 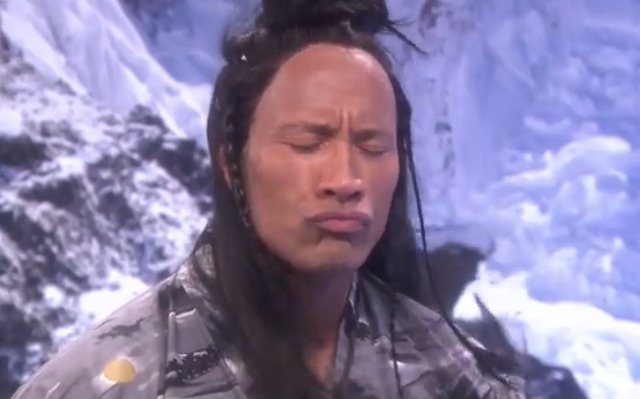 “For instance, if we under dat mistletoe, we gotsta get our freak on!” Yeah, you’ll hear no arguments from us on that one. See also: It’s a little unfair The Rock does a messy bun better than us.

2. A whisper on the wind 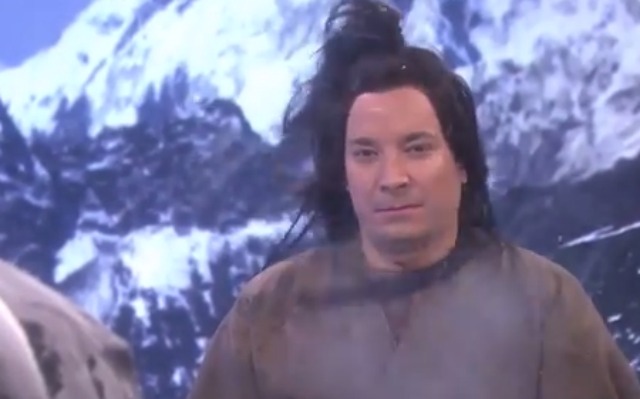 “Shhh, if you listen closely, you will hear the wind whisper my name… Jessica Collins.” 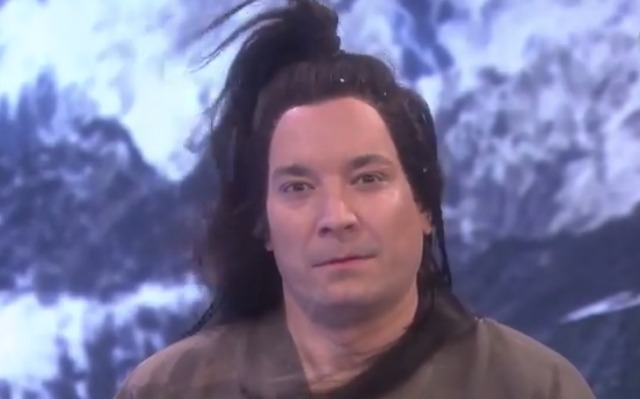 We can totally see it. Fallon’s inner voice is clearly a beautiful, blond soap star. Just look at the volume on that man bun, er, man pouf. 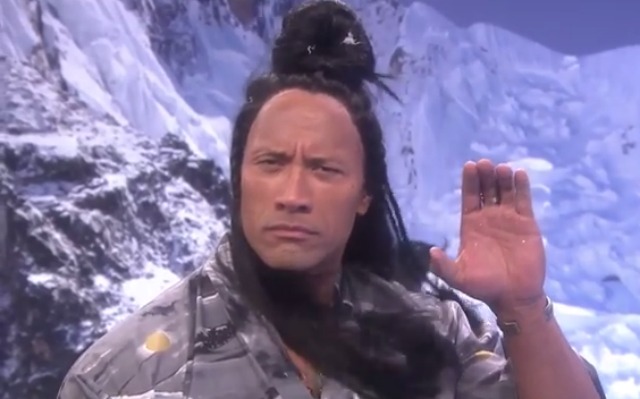 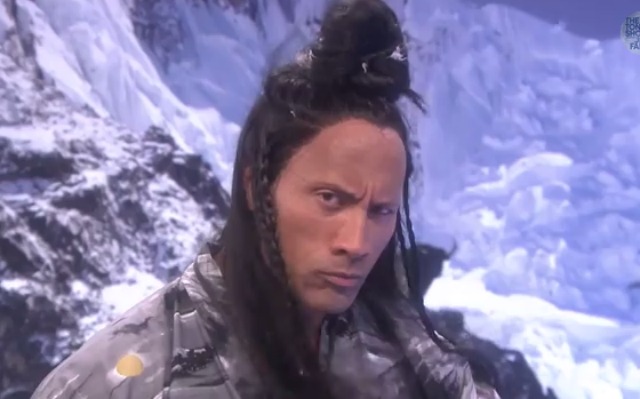 “I am the Rock.” Swooooon. He’ll always be the People’s Intercontinental Champion to us. If you don’t feel the same, you’re just a bunch of jabronis.

4. A matter of semantics 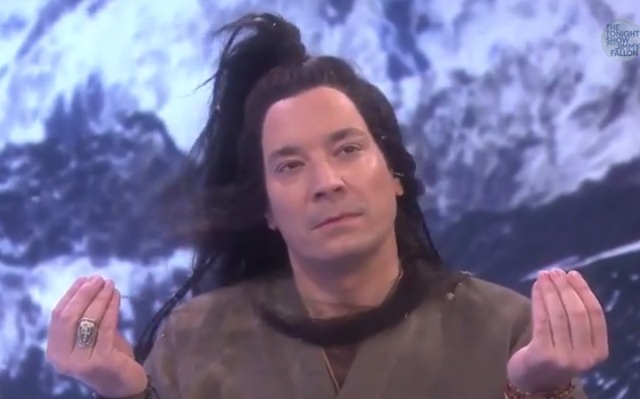 “You say po-tay-to, I say po-tah-to. You say to-may-to, I say… tomaaaaayto, to-maa-a-a-to.” For the record, he sings the latter part to the tune of “Day-O” — you know, the song from Beetlejuice, which will now be stuck in our heads all day. Thanks for that, Fallon. 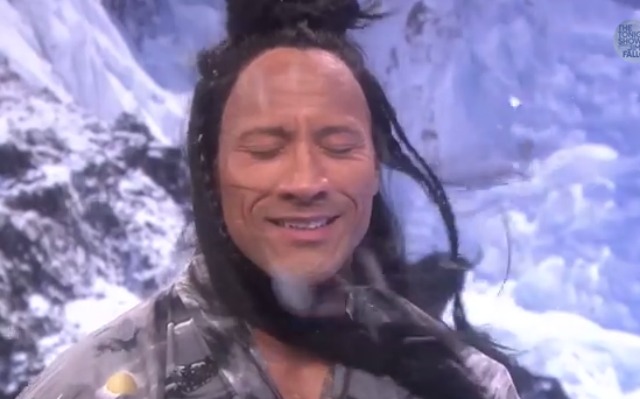 “Rain, rain, go away — I’ll wet my pants another way.” Hey, a guy’s gotta stay warm in the Himalayas somehow, and the Sherpas don’t seem keen on cuddling.

6. In a thousand blinks of an eye 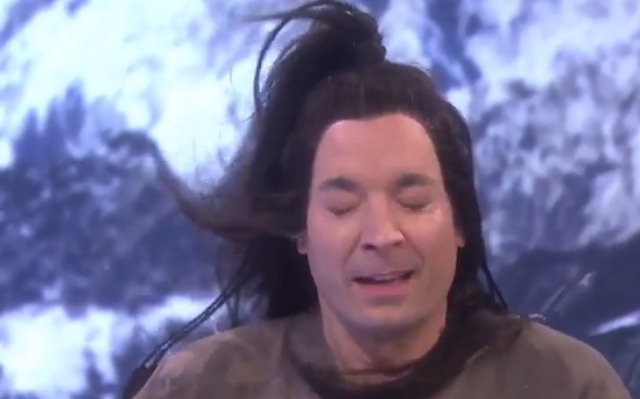 “I have the ability to blink over 1,000 times in three seconds. Do you want to see it? OK, here goes. One thousand — I did it!” Wow, that was amazing. His eyes move so fast, we couldn’t even see blinks 5 to 1,000 transpire. His eyelids must be like hummingbird wings.

7. The secret of life 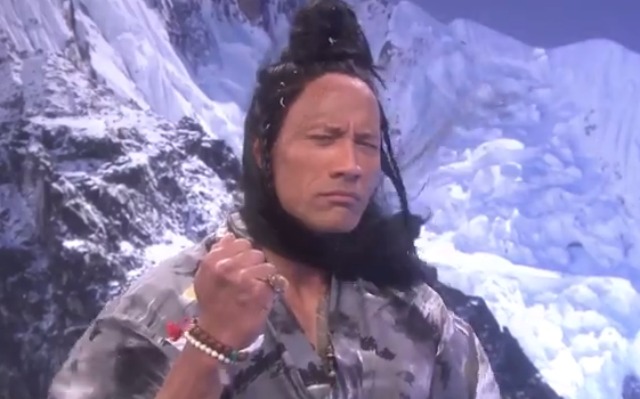 “In my hand, I keep the secret of the universe, the single greatest truth of all mankind.” 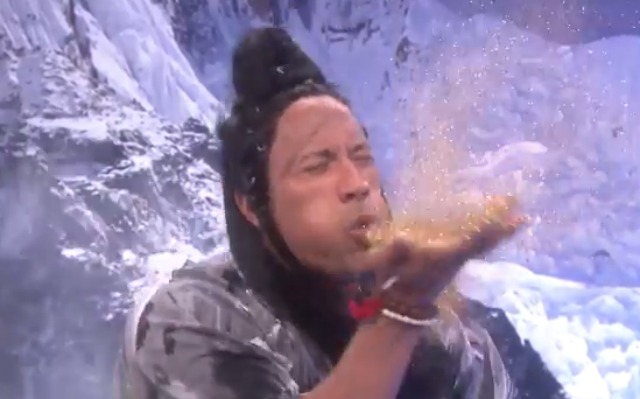 “Glitter party, baby!” There’s so much right about this, it’s almost wrong.

8. The wisdom of the stars 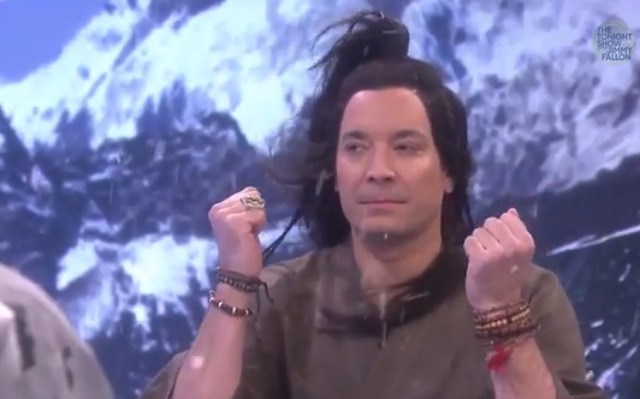 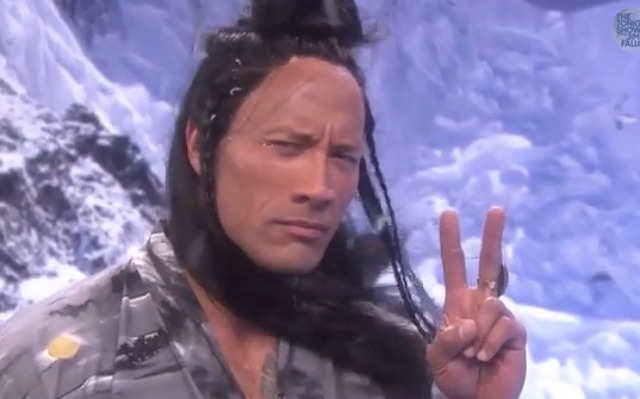 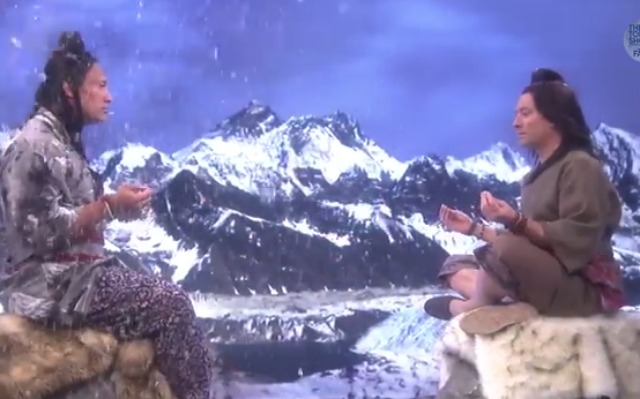 More on these hunky philosophers