With Sony studios getting hacked, we can’t help but think North Korea is angry about the new comedy The Interview. Sure, we can understand Kim Jong-un’s fear that he’ll be portrayed in a bad light, but we actually think he’s going to enjoy the film more than he thinks.

3 Things Kim Jong-un will hate in The Interview 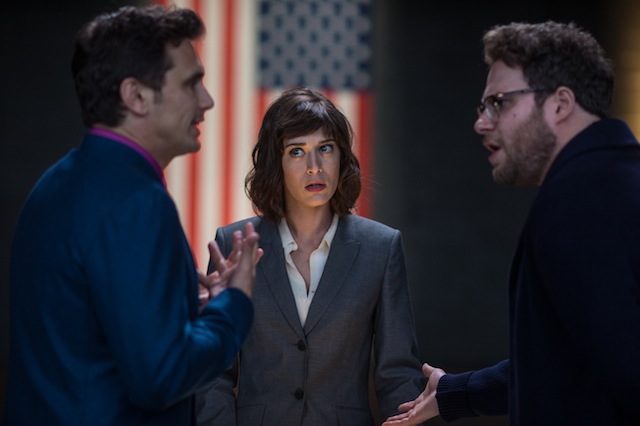 While Dave Skylark (James Franco) and Aaron Rapaport (Seth Rogen) only want to interview North Korea’s supreme leader to boost ratings and give Skylark some legitimacy as a reporter, they are shocked when they are approached by US Agent Lacey (Lizzy Caplan), who asks them to assassinate Kim Jong-un (Randall Park). We can only imagine that would send Dennis Rodman’s buddy into a tailspin.

In the film, the North Koreans are intent on presenting their country in a good light and dispelling rumors that they don’t have enough food to feed their citizens. One of the first things Skylark and Rapaport see is a well-stocked grocery store and chubby kid standing out front. Later, however, it’s discovered the supermarket is completely a sham and there are no massive food resources available to the people.

Rumors are that Kim Jong-un does not defecate or urinate, that he simply works so hard and with so much concentration that his body burns up all the food and water he puts into it. In the film, they go so far as to say he doesn’t have an anus. While Kim and Skylark bond however, Kim admits he does have an anus, much to the relief of Skylark.

5 Things Kim Jong-un will love in The Interview 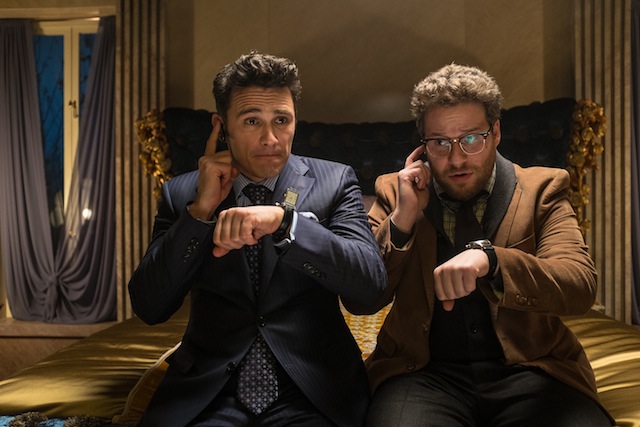 As Skylark and Kim bond over a game of basketball and margaritas, they both admit to having overbearing fathers. Each can relate to the other’s struggle to earn their father’s affection. We think adding this element to the story makes Kim Jong-un seem like a real person, not just some tyrant. We think that in his heart, Kim will relate to his fictional self.

More: The Interview‘s release date pushed: Is it because of Kim Jong-un?

In the film, Skylark and Rapaport are greeted and prepped by Kim’s aid, Sook (Diana Bang). She’s a super-hot dynamo and “honeypots” Rapaport. Best known for playing Jiao on TV’s Bates Motel, the Canadian-born actress delivers comedy like a pro. We can only guess Kim will be fascinated by her. 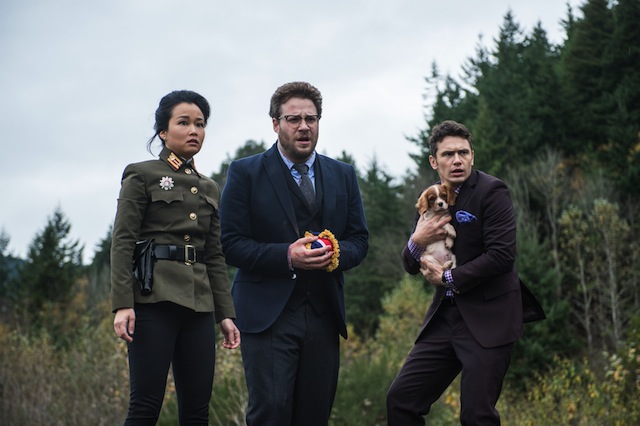 After Skylark tells Kim about the puppy he loved as a kid, Kim presents him with a new King Charles Spaniel, to replace his childhood pet, Digby. The pup is super-cute and will no doubt melt the real Kim’s heart.

Early in the film, Skylark is conducting an interview with the real Eminem and is shocked when the rapper admits he’s gay. Yes, he says he’s a homosexual. We think this scene was a good way to set up the concept that this movie is going to poke fun at real people and it’s just for laughs. After all, if Eminem can joke about his sexuality, can’t the supreme leader of North Korea enjoy a little humor too?

During a dinner, Kim, Skylark and Rapaport get entrained by three cherubic boys who play guitar (watch the beginning of the trailer below to see them). They are so strange, yet so delightful to watch. We won’t reveal how the dinner ends up going terribly, terribly wrong.

The Interview opens on Christmas Day.