You may have heard a somewhat disturbing story today about a man named Dan Bilzerian being arrested at LAX airport this week for attempting to make a bomb.

According to TMZ, Bilzerian has been charged with violating a law that makes it a crime to “possess an explosive or incendiary device with the intent to manufacture it.”

Scary stuff, right? Bilzerian, who has a huge following on Instagram, has skyrocketed to Kardashian-like fame this year. That is, he’s famous for being famous, but nobody can really tell why.

More: Adam Levine ponders life’s mysteries: What is a douchebag?

Here’s what we’ve learned about Bilzerian by looking at his page that has accrued 5.7 million followers. One thing’s for sure: the initials D.B. are extremely fitting for the guy.

1. He has a really big head

Figuratively, that is, and in this case literally, too. 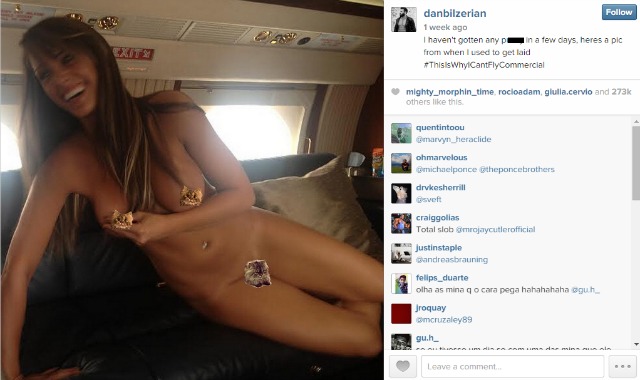 And surrounds himself with people who allow him to do so.

In addition to his bomb-making, Bilzerian has allegedly attacked two different women this year alone, according to TMZ. But all you have to do is check out the bevy of weaponry pictures on his account to figure out he has a penchant for aggression.

4. He manages to keep company with some legitimate celebrities 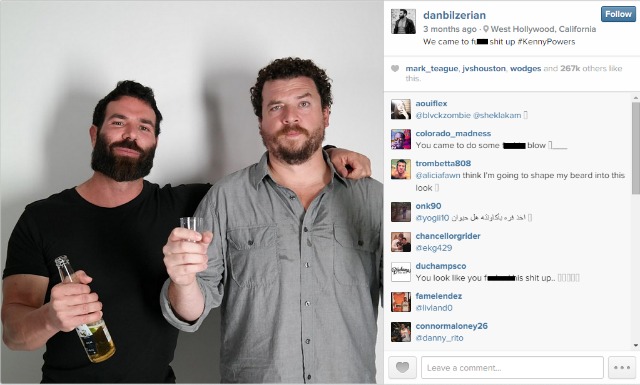 He does seem like the perfect friend for Kenny Powers, right? We hope Danny McBride was in character when this picture was taken. Bilzerian has also been photographed with none other than Miley Cyrus, which kinda works because they both love nudity so much.

That he of course keep stocked with scantily clad women. 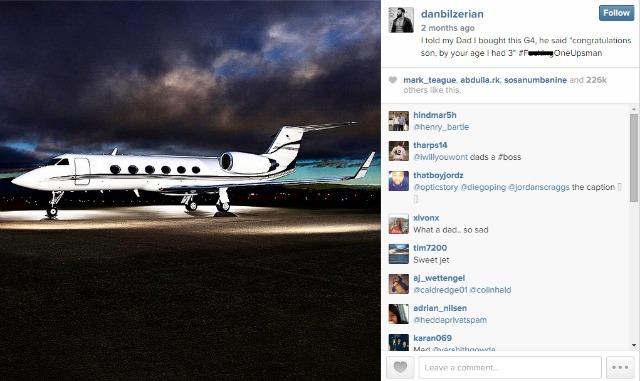 But his dad is not impressed.

7. And various other automobiles

8. In general, he’s very humble about his financial abundance

9. He loves his super-cute cat, Smushball

In the most shocking thing to come out of his social media, Bilzerian reveals that he has a fluffy kitten that he adores, possibly even more than himself.