Before I begin fangirling over The Voice finalist, Matt McAndrew, let me say: Yes, this obsession is OK, and yes, he has one of the best voices on the show — ever. Now, I know you’re a Mr. McAndrew fan if you’re reading this, so let’s go over things you probably already know…

His blind audition performance was so unexpected — and pure perfection

His voice brought us back to our Dashboard Confessional emo days… and it was so beautiful, we may or may not have simultaneously swooned and cried tears of joy.

He chose Adam Levine as his coach

He proves, with just six words, that he’s one smart musician: “I’m going to go with Adam!”

More: 5 Reasons why you should be watching The Voice 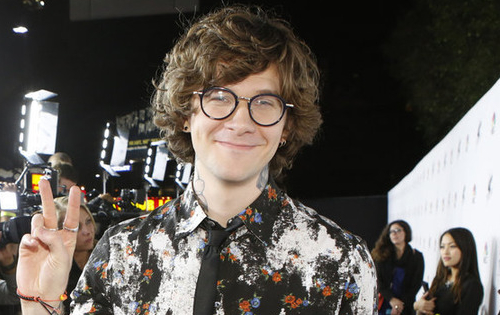 Come on, you know those glasses are the most spec-tacular things you’ve seen in a while. You have to admit: The guy can accessorize.

Also, I can hear you saying, “What does that have to do with him winning The Voice?” Well, a lot, according to Gwen Stefani‘s million comments about her loving clothes and how much she loves everyone’s outfits.

That Hozier cover — chills for days

Let me take a stab at how this went down for you: When you found out he was going to play “Take Me To Church,” you thought, “This should be good.” When he was done, you were all, “Holy shit, that was amazing.” Don’t lie.

Oh, I almost forgot: At work the next day, you made all your coworkers watch and listen to his cover. You then watched it later with your headphones on. 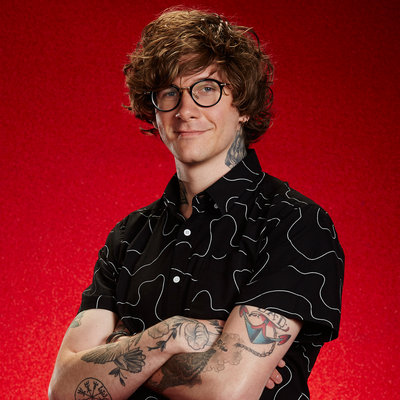 Gwen, on the other hand…

He then apologizes to his mom, making us love him even more.

He’s just another Adam Levine and we’re OK with that. But, you know, a better Adam Levine. (Yeah, I just said that — what of it?)

We have no words for what just happened. Did he just sing an Ed Sheeran song better than Ed Sheeran? Yup.

He already has a clever hashtag for all his fans: #McFANdrews

Sure, it reminds me of McDonald’s, McDreamy, McSteamy and Julie Andrews. But this is just too cute.

Must we continue on with the reasons? His voice is pure perfection and he’s everyone’s hipster hunk with quite the head of hair. So, feel free to watch that Ed Sheeran cover, again. We won’t judge you.

The Voice airs Mondays and Tuesdays at 8/7c on NBC.

Are you on Team McAndrew, too, or are you rooting for one of the other two who made the top three: Adam Levine mini-me and Channing Tatum look-alike, Chris Jamison, or super-talented country guy, Craig Wayne Boyd? Tell us in the comments below!