After seven years of leather, murder and motorcycles, Sons of Anarchy has met Mr. Mayhem, once and for all. Jax Teller, we’ll miss you.

In the Sons of Anarchy show finale, there were no loose ends. Wait, maybe one, but we’ll get to that shortly.

As we predicted last week, this amazing show was Shakespeare’s Hamlet set in a motorcycle club and our sexy tattooed prince, Jax Teller (Charlie Hunnam), went to sleep, perchance to dream. We can only wonder if he’s dreaming in heaven or hell. After the killing spree last night, the latter is more likely. 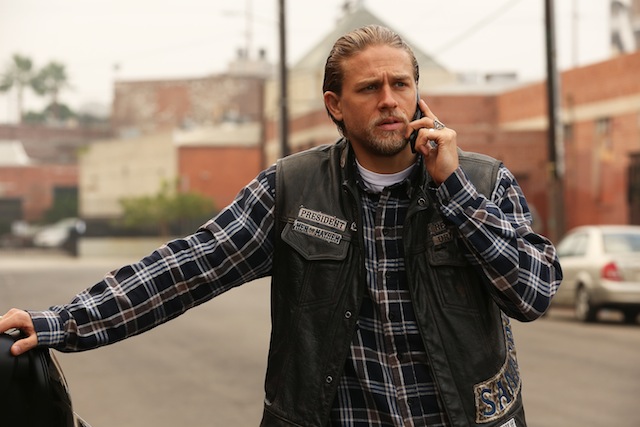 As emotional, as painful, as awful as it was to see our beloved Jax ride his father’s motorcycle “hands free” into Papa’s Goods’ semitruck, driven by none other than Michael Chiklis, it had to be done. Here’s why.

Many of the shows we love had finales that left the story line open-ended. And it’s frustrating. Maddening, even. The ending of Lost was super confusing. The last episode of The Sopranos had us thinking our cable went out. The X Files didn’t really have an ending so they could make an X Files movie that bored the heck out of us. Sons of Anarchy, however, doesn’t belong on that list. It really ended, leaving us no doubt as to what happened to Gemma, Unser, and of course, Jax.

It’s the show’s creator, Kurt Sutter, we can thank for tying up the series with a nice leather bow. As Jax said in last night’s episode, “The bad guys lose.” Sutter took those words to heart — but is it really Jax who lost? 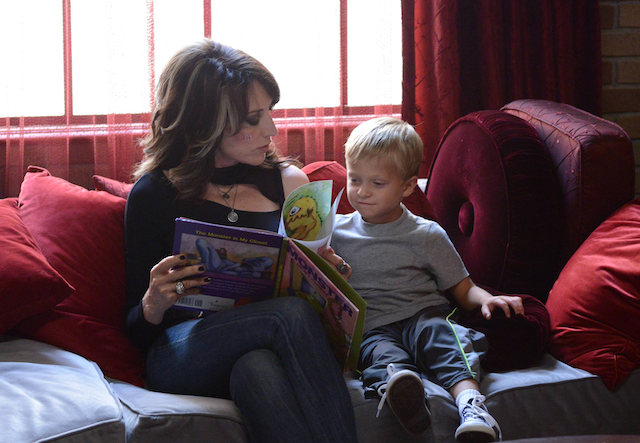 The one loose end we alluded to earlier is clearly Jax’s eldest son, Abel (Evan Londo). We thought it was odd when Gemma gave the small boy the “Sons” ring, telling him to keep it safe. As Abel rode in the car to Norco with Nero (Jimmy Smits), Wendy (Drea de Matteo) and his baby brother, Thomas, he twisted the Sons ring around his tiny finger.

We can only think that one day, Abel will want to know the truth about his father and maybe even want to be a part of SAMCRO. When we think of the kid’s penchant for self-mutilation, we can only think he’ll make a killer of the first degree as a maladjusted adult. Especially since he’ll have no father to guide him.

It’s easy to conclude that Jax’s boys are the true losers in this game. Neither boy will have a father, and for Thomas, no blood mother or paternal grandmother. Perhaps Nero and Wendy will decide to continue on as a family. Perhaps not.

So, that story potential does exist. It’s intriguing, but we can never imagine a show as sexy, as violent, as soap opera-ish as Sons of Anarchy. We thank you for the past seven years.

More on Sons of Anarchy