Aaron Paul must be the best actor in the entire world, because it seems like he is seriously nothing like his infamous character on Breaking Bad.

As the meth-dealing Jesse Pinkman on the hit show, Paul is violent and openly admits he is a bad guy. In real life, the actor is a big mush ball who is so enamored with his wife, Lauren, that he just can’t keep it to himself.

Take a look at all of the things Aaron’s done (and continues to do) for his wife that make us lament the fact that this hot catch is already taken.

1. He surprised her on her birthday on Jimmy Kimmel Live!

Lauren seemed genuinely surprised after Aaron and Kimmel invited her up on stage during their interview this week. They then proceeded to shower her with hilarious gifts. So cute that he would much rather give attention to his love than steal the limelight for himself.

2. He wore a matching costume with her on Halloween

Seriously, though. Not all guys will do this.

3. He still takes her out on date night

This sweetie knows what it takes to keep the romance alive.

4. He made up an adorable nickname for her

5. He let her know that she is a goddess among goddesses 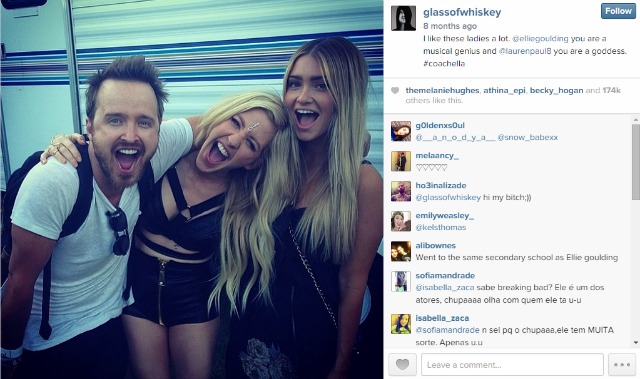 He’s in the presence of Ellie Goulding and all he can think about is how hot his wife is? If that’s not love, we don’t know what is.

6. He made her the most important part of his vacation 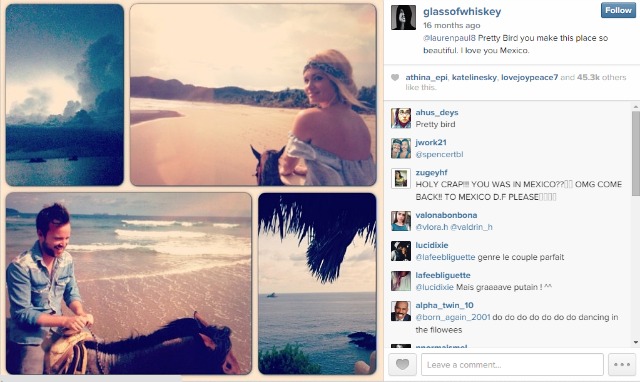 This guy reminds her that she is the best part of his life at every opportunity.

7. He took care of her when she was in the hospital

Because in sickness and in health, right?