With casting confirmed for 2016’s Suicide Squad, we couldn’t resist envisioning the actors tapped for this hotly anticipated antihero extravaganza in character. Jared Leto in Joker garb? Please and thank you! 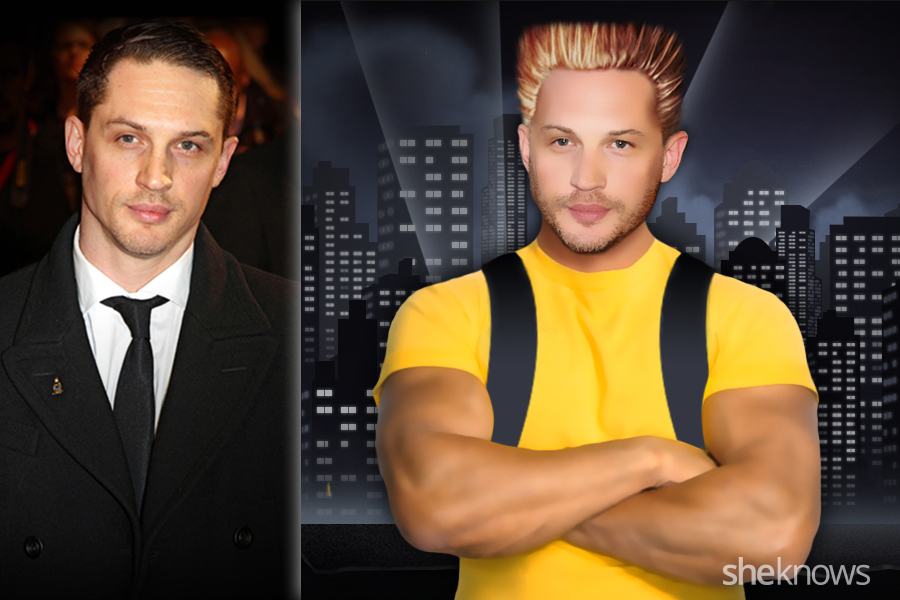 The quote-unquote leader of the Suicide Squad, Flagg could stand for a few modern modifications to his comic book look. So we ditched the short-sleeved, ribbed mock turtleneck in favor of a classic jersey knit tee. We kept the trademark yellow, though, because, well, it’s his trademark — plus, the bright color really seems to bring out Tom Hardy‘s muscles, don’t you think?

Will Smith as Deadshot 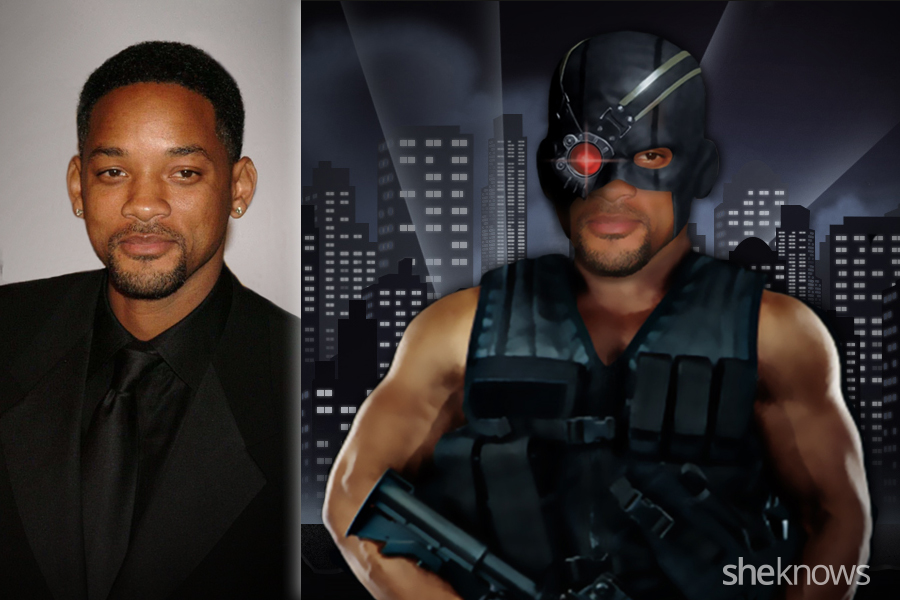 What’s not to love about Will Smith as a super-assassin antihero? Particularly if the rumors floating around that his real-life daughter, Willow, might make a cameo as Deadshot’s daughter, Zoe. In the movie, we imagine Smith will sport less of a costume (been there, done that… thanks, Hancock) and more of a high-tech military-style ensemble — complete with his sniper-eye headpiece, naturally. 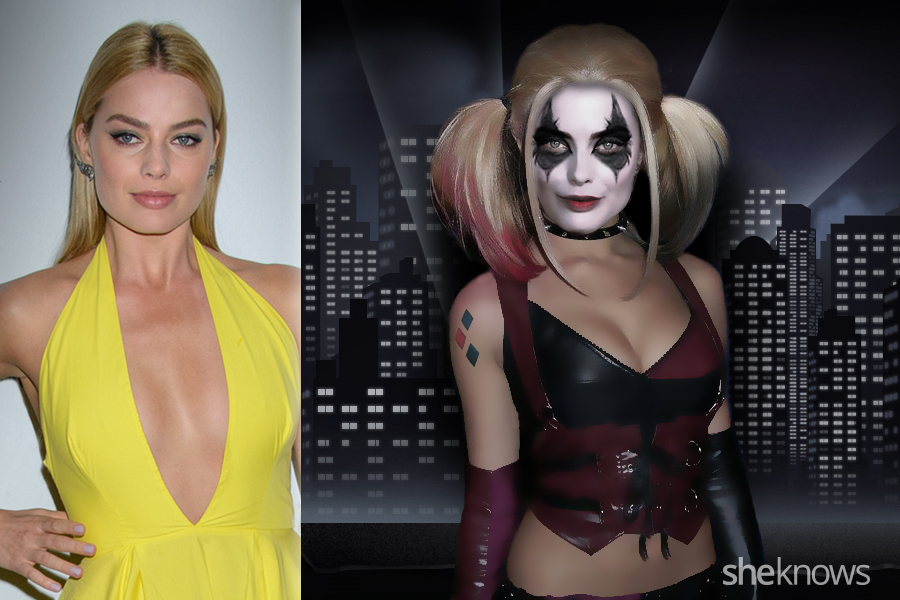 It’s the movies and Margot Robbie is gorgeous… so we’re going to be realistic and assume the character will be sporting decidedly less material in the way of a costume than she does in some of the more conservative comic book sketches of her. As the Joker’s girlfriend, she clearly has some emotional issues stemming from her sadistic relationship, so we dig the idea of a painted-on eye mask that’s sure to look disturbingly drippy when she loses her cool. 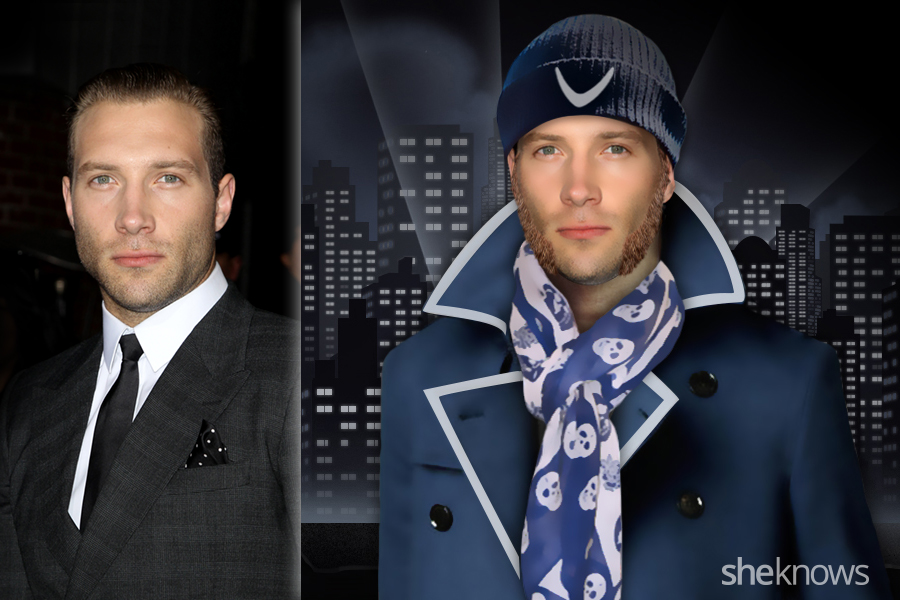 With his chiseled jawline and towering physique, Australian actor, Jai Courtney, was a shoo-in for Boomerang — or “Captain Boomerang” in the comics. Since Courtney has a distinctive air about him, we kept Boomerang’s peacoat and added a skull-print scarf for added edge. And because Boomerang simply wouldn’t feel like Boomerang without some impressive facial hair, Courtney got ‘chops, too.

Jared Leto as the Joker 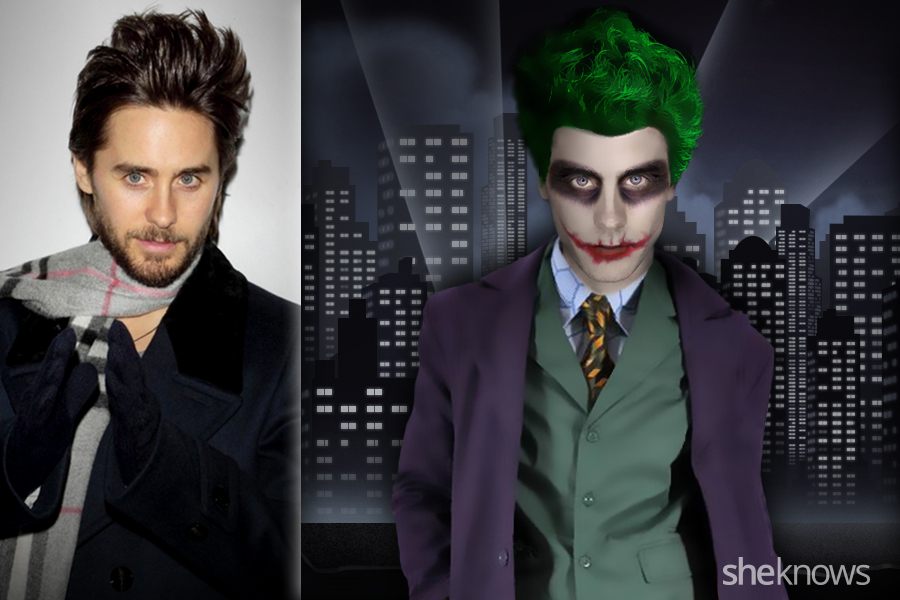 Known for his unconventional fashion choices, Jared Leto is just the right amount of peculiar — and strangely alluring — to nail the Joker. For this modern incarnation of the character, we picture an unhinged man who still manages to look dapper in punchy, but sleek, three-piece suits. While we’ve never seen Leto sport electric green hair before, we’re confident he can pull it off. 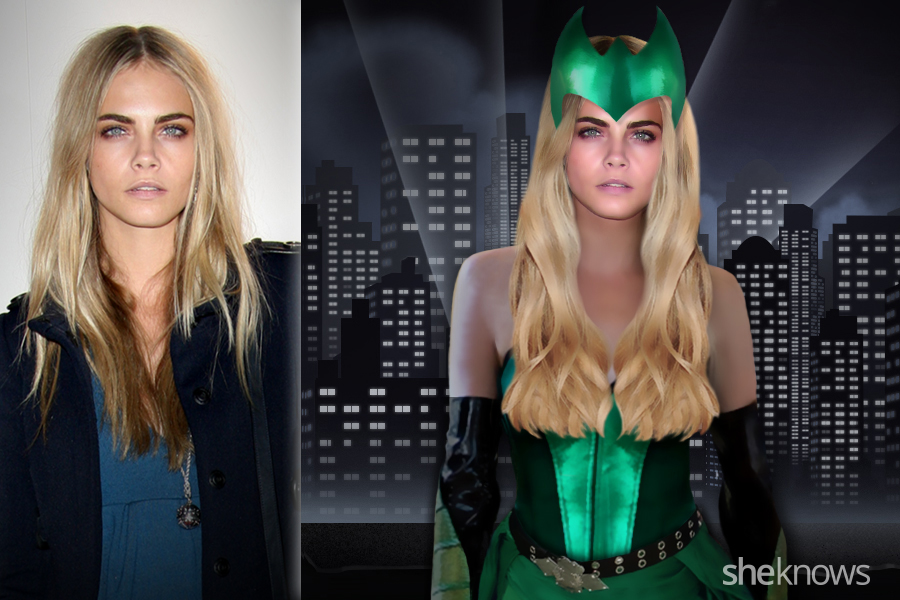 Twenty-two-year-old model Cara Delevingne’s star is just starting to rise, so playing the part of the powerful sorceress, Enchantress, may be the role that really puts her on the map. Although her comic book ego rocks darker tresses, we’ve brightened her up with loose, blond waves. We kept the corseted top but lengthened and belted it to give the costume a more contemporary twist. 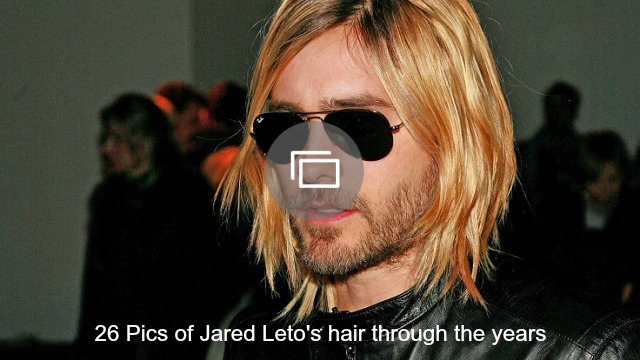