Bible stories are getting made into movies left and right in Hollywood, but how close should they be to the original text? Exodus: Gods and Kings follows what we know of Moses’ life pretty closely despite Christian Bale saying Moses must have been “schizophrenic.”

When the pharaoh commanded that all Hebrew children be drowned in the Nile river, Moses’ birth mother sent her baby in a small ark, along with his older sister Miriam, to the Nile. They were found by the pharaoh’s daughter, who adopted Moses (Christian Bale) and took Miriam as a nursemaid.

Moses does get guidance from a burning bush after he falls in a mudslide and hits his head. The bush tells him to lead the Hebrews out of Egypt. 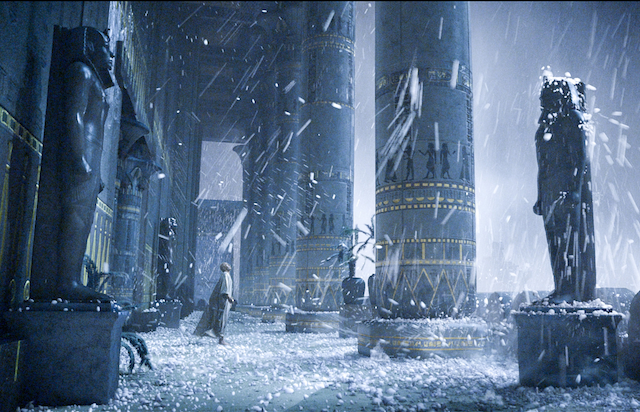 Yes, all 10 plagues, from blood in the river to frogs to lice to boils, make it into the movie. All are pretty disgusting, but fun to watch in 3D.

4. Parting of the Red Sea

Moses and 400,000 slaves exit out of Egypt, but are soon chased by Pharaoh Ramses’ (Joel Edgerton) army, which intends to murder them. When they reach a dead end at the Red Sea, Moses is lost as to what to do. Luckily, God has a plan to get them across.

Though the film avoids the iconic scene of Moses standing on a mountaintop, delivering the stone tablets, we see Moses at the end of the film preparing to share them with the Hebrews.

More: 5 Tiny details in Birdman that absolutely blew our minds 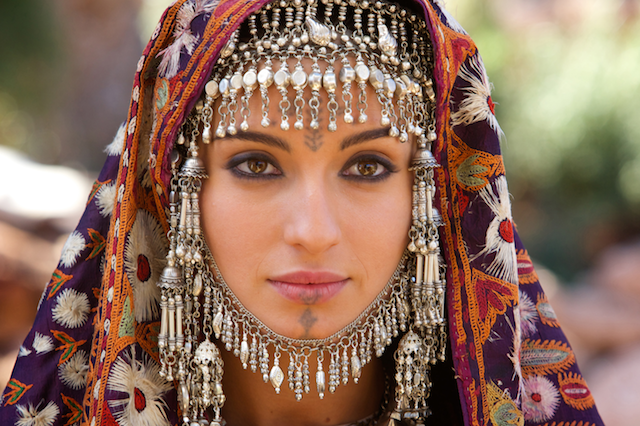 The details of Moses’ marriage vary, depending on different translations of the original text, but he does marry Zipporah (Maria Valverde) in the film, and they have a son. 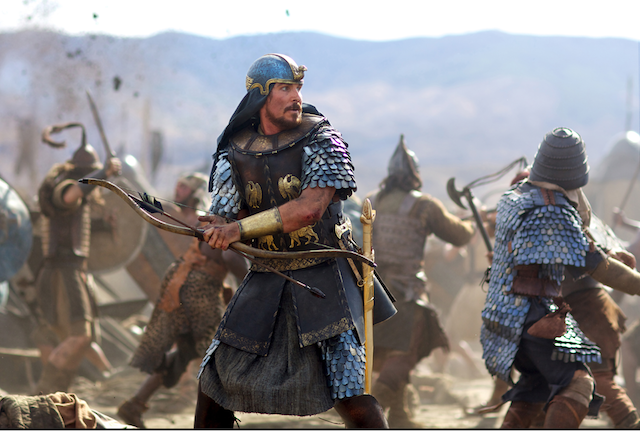 4 Differences between the Bible and Exodus: Gods and Kings

In the Bible, it says that his older brother, Aaron (Andrew Tarbet), functioned as Moses’ assistant or spokesperson because Moses didn’t feel he was good at speaking. However, in this movie, Moses pretty much does God’s bidding alone.

More: 10 Epic things to know about the film Noah

2. God personified as a little boy

Instead of having a thunderous voice coming out of the sky to communicate with Moses, God appears to him as a 10-year-old boy (Isaac Andrews) to instruct him. We like this device considering how overwhelming it would be to look at God, even though it may have been stolen from The Last Temptation of Christ, when Satan visits Jesus in the form of a little girl. 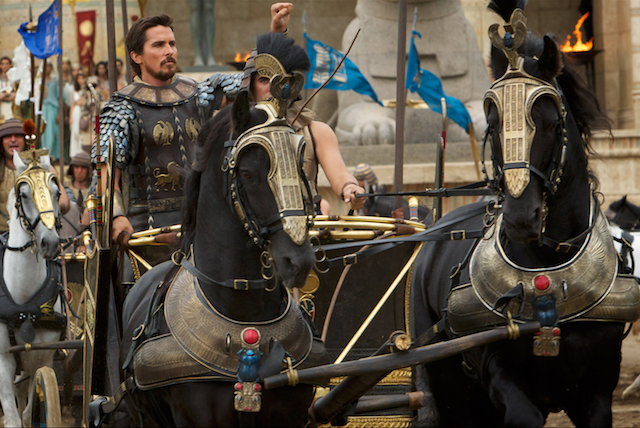 3. No rod that turns into a snake

The plagues come after the little boy tells Moses to set back and “watch,” but there is no rod that turns into a serpent.

Sure, the Bible says God is responsible for the mysterious parting of the Red Sea, but it made sense to director Ridley Scott that He’d use any natural phenomenon available to Him. In the film, there are several water spouts and tornadoes that create a tsunami effect, making the water level low enough to walk across the sea.

More: A flood of controversy: Can Christians deal with a drunk Noah? 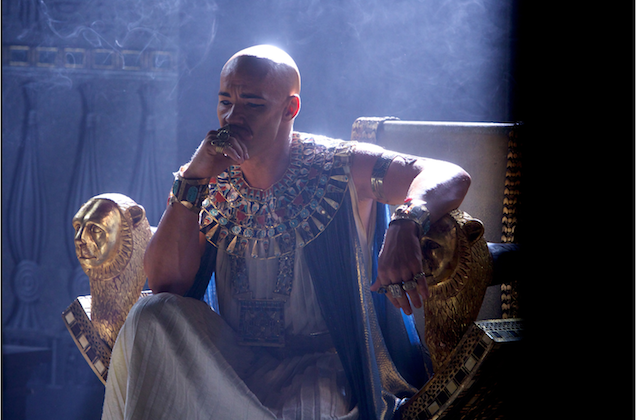 Christian Bale and Joel Edgerton have very European-looking faces, especially with Edgerton’s baby blue eyes, so it’s a bit of a stretch that they would play Hebrew and Egyptian. The good news is that both give fantastic performances and Edgerton in particular stands out as the villain, Ramses.