The Switched at Birth Christmas episode sent me into tears more than once. Here are the scenes that got to me the most.

1. Daphne waking up to find she could hear

I know that Daphne is happy with her life the way it is and she should be. But I still got teary eyed when she woke up in the alternate universe and discovered she could hear. The revelation that refrigerators make noise was also hilarious.

2. Bay waking up to find out she had a brother

In the alternate universe, Regina and Angelo were together long enough to have another child after Bay. I wish that Angelo had been around, but seeing his son was almost as good. That kid reminded me so much of his dad that I couldn’t help but get a little choked up. 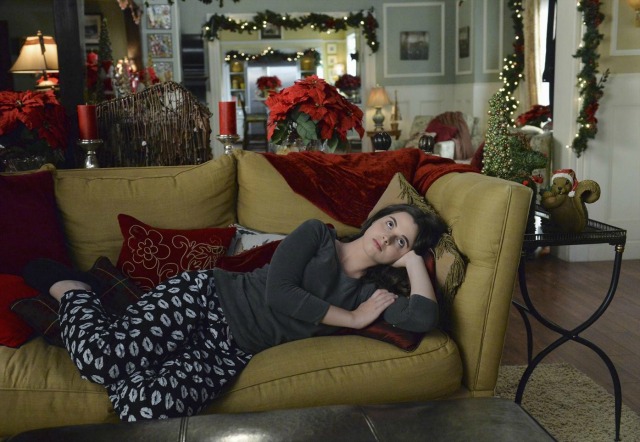 Finding out that Angelo was dead in the alternate universe sucked. I had hoped that we would have seen Regina and him together with their kids as one big family. His appearance on the video broke my heart.

The girls found out pretty quickly that not everything would have been better if they had never been switched. That realization was brought home hard when Bay discovered Regina passed out on the couch. I know her tears were originally for Angelo’s appearance in the video, but after that, I’m sure she shed a few for Regina.

It was hard to find out that Regina’s father had had a drinking problem when she was a little girl. Who knew the reason she started the tradition of going out on Christmas was because she had once sought to escape her dad?

6. Bay learning that Emmett didn’t see her “that way”

I love Bay and Emmett together and seeing him not only with another girl, but eyeing Bay like she was nothing just about killed me. I don’t know if I could handle it if that became true in the real world and not just in the fantasy one.

7. Bay showing up at Kathryn’s with supplies for peanut brittle

That whole scene was ridiculously sweet and I was already in a weepy mood from all the other scenes by the time it came up. So I knew I was in trouble. But it wasn’t until Kathryn noticed that Bay brought shelled peanuts that I kind of lost it. 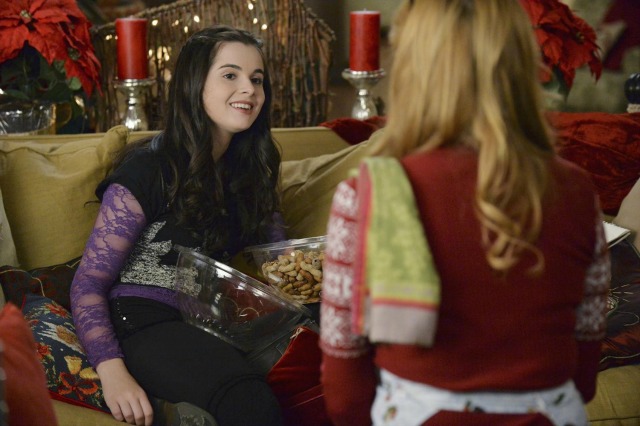 8. Daphne showing up at Kathryn’s with Miracle on 34th Street

I was kind of sorry we didn’t get to see this scene and the one with Bay and Kathryn play out. I would’ve liked to have seen the girls bonding with their other mothers. No matter, I was still in tears when Daphne said they could order Chinese and watch the movie together.

9. The whole family realizing how many Christmases they missed together

The switch brought these two families together, but it also kept them apart for far too long. Now that they’ve managed to merge together into one big, unique family, it’s sad to think of all the holidays they could have had together. I found myself picturing a tiny Bay and Daphne playing together under one tree and I got all choked up again.

10. Kathryn leading the family in “Have Yourself a Merry Little Christmas”

Christmas carols have this way of making me break down sometimes. All it takes is one good carol and some emotion behind it and I’m a mess. Do I really need to describe what happened when Kathryn started singing? 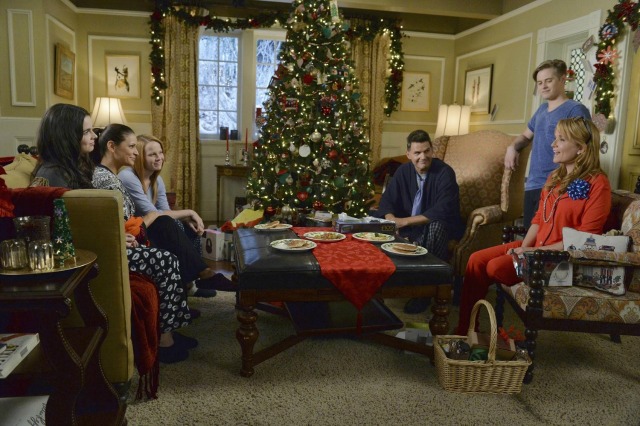 More: setting a good or bad example for the deaf community?

11. Everyone singing the last line of the song together

I had almost composed myself while Kathryn was singing. Then, the rest of the family joined in and it was all downhill from there. Two words: ugly crying.

What did you think of Switched at Birth, “Yuletide Fortune Tellers”?