Kate Middleton and Prince William are in New York, touring the city and spending time with some of their prominent counterparts in the United States.

This is the royal couple’s first visit to the Big Apple and they have quite the busy schedule ahead of them while they’re in town for their three-day visit.

Upon their arrival, the royals were greeted by crowds of fans hoping to get a sneak peek at the family. The duchess is pregnant with her and Prince William’s second child, which is due in April. 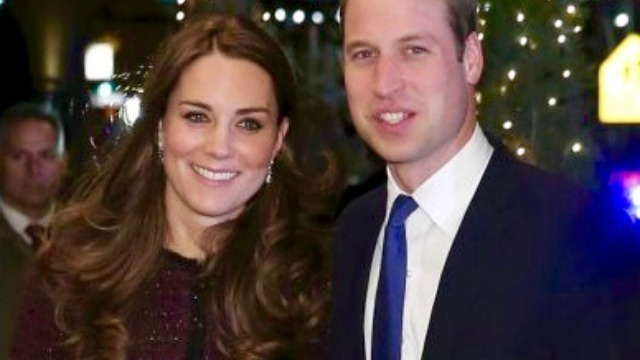 2. They are staying at the Carlyle Hotel

The area is, of course, being heavily secured for the royals’ visit. They are planning on staying at the hotel for the duration of their visit, though it will probably just be used for sleeping since the couple’s busy schedule won’t allow for much downtime.

The two didn’t have long to settle in, since they attended a dinner the evening of their arrival at the apartment of Sir Martin Sorrell of WPP, a well-known British advertising guru. The couple raised more than $2 million for their charity, the American Friends of the Royal Foundation of The Duke and Duchess of Cambridge and Prince Harry, according to Business Insider.

While Prince William was meeting with President Obama in Washington, D.C., the duchess stayed in New York and was escorted around the Northside Center for Childhood Development with Chirlane McCray, the first lady of New York City. She is married to the mayor, Bill de Blasio.

Middleton reportedly spent her time wrapping presents and participating in arts and crafts with the children at the center.

5. Lunch on Monday took place at the residence of the British Consulate General

According to Business Insider, Kate mingled with the British business and arts community in New York.

Prince William will be back in NYC in time to attend a Nets game with his wife at the Barclays Center, according to Glamour.

The game will celebrate a collaboration between the Royal Foundation, United for Wildlife and the NBA. Rumor has it, Beyoncé and Jay Z may also be in attendance. We would love to see music royalty rub shoulders with British royalty!

7. Visit to the National September 11 Memorial and Museum on Tuesday

8. Followed by a visit to two youth organizations, The Door in NYC and the CityKids Foundation

The royals will learn more about how they can support the organization, specifically focused on art in education.

Another reception will be held with the royal couple to celebrate British creative talent in New York.

10. Then, an Empire State Building visit

Prince William is taking off without Kate for a few hours on Tuesday. Maybe the pregnant duchess will get a few hours of much-needed rest at this time while her husband is out and about. Prince William will head to the building to attend a reception with Mayor de Blasio to celebrate American and British entrepreneurs.

11. Dinner at the Metropolitan Museum of Art

The royals are ending their trip at one of New York’s finest establishments, the Met. They will attend the University of St Andrews’ 600th anniversary dinner.

All in all, Glamour estimates that they’ll only be in New York for about 60 hours. Not even enough time to recover from the jet lag. Still, the royals will have accomplished more than most who live in the United States.

Which part of the royal couple’s trip do you think is the most exciting?