Grumpy Cat made a million dollars via meme once. It was horrible. If you identify with one or more of the following 17 statements, chances are, your spirit animal is this cantankerous cat — minus the book deals and beaucoup cash. Sorry we’re not sorry.

1. People who celebrate their birthdays all month long irk you 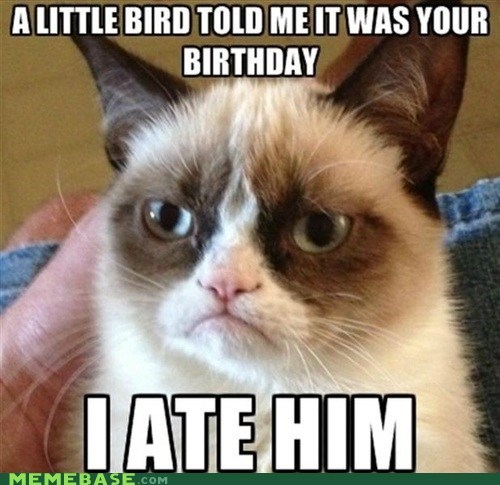 Like, what? They expect you to celebrate the day they were born? Psssht.

2. Cynicism is your love language You say “FML” so much in your daily life, you’re considering having it hand-embroidered on all of the throw pillows in your home. You know those girls who are bubbly and excitable and squeal over everything? Yeah, we don’t either.

4. You kind of think Christmas cheer is for chumps

Dashing through the snow? Singing Christmas carols? No. Just no.

5. Feeling is not your strong suit Unless we’re talking about feeling annoyed. Then you’re an ever-lovin’ Jedi master of emotion.

6. Your favorite part of any fairy tale is “the end”

The castles aren’t bad, though. You could work with a castle.

7. You are the most un-morning person, ev-er

There would be no mornings for you without coffee, which you take black — like your soul. Who in the eff invented mornings anyway? You’d dig that person… a grave.

8. You have no room for lingerers in your life

When dealing with Stage 5 “clingers,” the only rational thing to do is throw shade and/or pretend they simply aren’t there until it gets so awkward one or both of you flee. It’s like psychological “chicken.”

9. You have a special knack for tuning people out

For you, less isn’t more. More is less. As in, the more someone blabs on, the less you care about the content of their blabber. It’s, like, science or something. 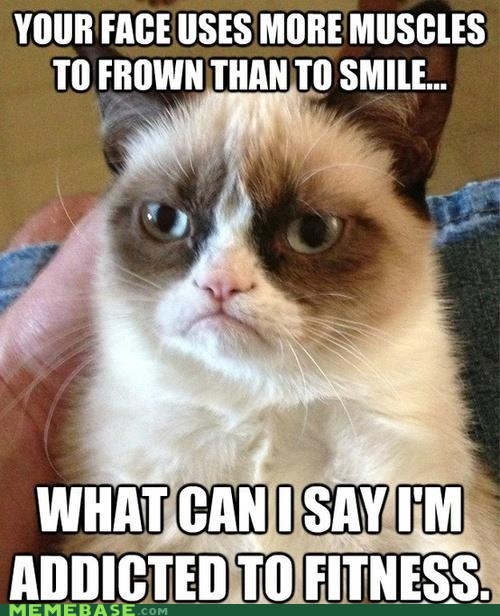 You’re like the Chuck Norris of the anti-smile. You don’t frown — your face pushes the world down.

11. When it comes to people, you’re a minimalist

Some people are just clutter. In the immortal words of John Wayne — whom you’re 97 percent certain is Grumpy Cat’s spirit animal — “Life is hard… it’s harder when you’re stupid.”

12. You hate when people force their scent upon you

The holidays are a nightmare for you, thanks to the overzealous perfume spritzers at department stores. Everyone smells like cinnamon and quiet despair and it makes you feel like your nostrils are going to bleed.

13. Your BRF is your only face

You hate when people tell you to smile for the camera. This is your smile, sheesh.

If zombies eat brains, you know exactly which idiots you’re going to use as human camouflage when a zombie apocalypse breaks out.

Facebook is a place for Grumpy Cat memes, not mindless drama or whining about being stuck in traffic. Get your life together, people.

16. Outdoorsy is not one of your descriptors