The people have spoken, Mr. Cameron, and to your Christmas movie they have said, “No, no, no.”

Kirk Cameron could probably use some Christmas cheer this week, since his movie Saving Christmas has just won the “Worst of the worst” title on IMDB.

Cameron’s film currently has the lowest rating on IMDB, with its rating at 1.3 out of 10 stars. That puts it lower than Mariah Carey‘s Glitter (2.1), the Kelly Clarkson/Justin Guarini From Justin to Kelly (also a 2.1) and John Travolta‘s Scientology-inspired Battlefield Earth (a whopping 2.3).

More: Grumpy Cat vs. Kirk Cameron — which Christmas film will be worse?

The film also has a 0 percent approval rating from professional critics on Rotten Tomatoes, despite Cameron asking fans to help pad the film’s scores with inflated user reviews.

But when you’re talking about the worst movie of all time, a little help from your friends isn’t going to be enough to jump-start the ratings of a movie that everyone else is hate-watching with a vengeance.

I mean, just look at the proof.

You guys! Cameron wants to save Christmas for the children! Seriously. I mean, just look at this powerful smash-cut of a young girl silhouetted against a backlit cross to a bedecked Christmas tree. Don’t you get the symbolism?

Not everyone is appreciating Cameron’s interpretation of the nativity scene and heavy handed biblical history lessons, however.

IMDB user Vulpix said, “The majority of the film takes place in this car as Kirk lectures to Christian, with occasional cutaways to biblical imagery. Cameron tries to make the case that Christmas traditions, such as celebratory trees and gifts, all somehow originated with Christianity, not paganism. (Never mind the fact that ancient paganism predates Christianity.) ‘Last time I checked, God created the winter solstice!’ is the type of asinine reasoning you’ll hear from Kirk Cameron throughout the film.”

IMDB user GoUSN was also underwhelmed, writing, “If indeed the simplicity of the original nativity is to be stressed, with Jesus born to Mary and Joseph in a cave, laid in a feeding manger, then perhaps they should have cast a Mary who had not just had her nails done. There they were, as Mary was holding the Christ child, each nail impeccable — and painted. And their garments? Perfectly clean, even looking like they’d just been ironed.”

More: Kirk Cameron wants moms to get back in the kitchen and save Christmas

IMDB user Steve Polaski called the film a “Yuletide atrocity” and summed up the grand finale with this gem of a comment. “Saving Christmas ends with an abhorrent dance number to an incorrigible techno/rap hybrid, with members of the cast obnoxiously dancing and doing slow-motion choreography together.”

I’ve got to be honest, I’m all about sliding across a polished marble floor in my holiday sweater, but Cameron’s dance arms make me feel weird and not at all excited about Jesus.

IMDB Mike Summerlin wrote, “I created this account just to give this 1 star. That’s how bad it was,” and then goes on to explain how his hopes for a generic Christmas movie were dashed. “Two guys walk out to a car and talk for an hour. That’s all that happens. It’s basically a feature-length sermon, and a crappy one at that.”

People don’t particularly enjoy being preached at in entertainment. Heck, many don’t even enjoy it on Sunday mornings, so finding an audience who is happy to shell out $14 a ticket for a sermon dressed up in tinsel and holly is a tough bid. 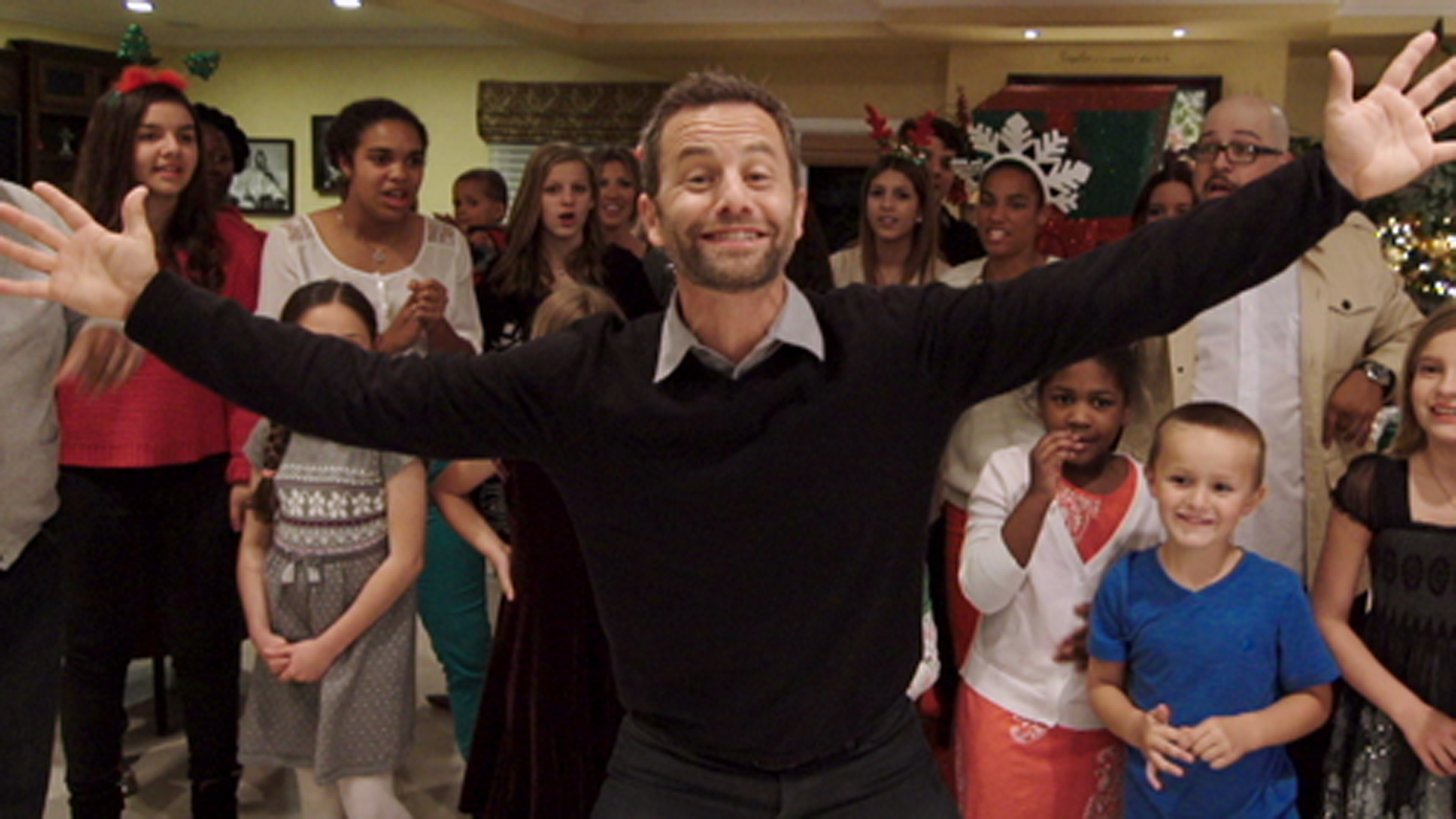 Another disappointed IMDB user, Arcca Daton, wrote, “I cannot believe that there is a single person on Earth that takes Kirk Cameron seriously. The fact that he isn’t bouncing off the walls in a padded cell on a daily basis just goes to show you how flawed things really are in America. They’ll gladly lock a starving homeless person up for stealing a candy bar, but they’ll willingly let this dangerous lunatic freely roam the streets.”

More: All the misogynistic comments Kirk Cameron has ever made

Sure, we all loved Mike Seaver, and for a long time many of us thought Cameron was a lot like his affable Growing Pains character, but we were wrong.

Because he’s much more shrewd than I ever gave that baby-faced mama’s boy credit for. Kirk Cameron’s Saving Christmas has already banked $2.2 million, and the film is expanding its reach, which means all the people who continue to buy tickets — either earnestly or so that they can hate-watch the crap out of it — will only continue to pad the die-hard Christian’s pockets.

Kirk Cameron may have made the worst film ever, but I’ll bet he’s laughing all the way to the bank.

There are no words.