Former The Biggest Loser contestant Damien Gurganious has died at the young age of 38, Us Weekly reports.

He died on Nov. 24 after the sudden onset of a rare autoimmune disorder. The disease, Idiopathic Thrombocytopenic Purpura, causes inoperable bleeding in the brain. Gurganious appeared on the weight-loss reality television show in 2009 during its seventh season.

Gurganious turned 38 years old just last week and is survived by his wife, Nicole Brewer Gurganious and their 2-year-old daughter, Giselle. The couple, who met in 2006 while working out at a YCMA, appeared on the reality show’s second season featuring couples and were eliminated in the third week of the competition. They married shortly after.

More: 7 Small changes to make this your healthiest winter

Nicole took to Facebook to break the news to their friends and family, saying, “As most of you know, I never post on social media. So it is highly ironic and deeply sad that my first true post is to inform you of the tragic loss of my beloved husband, Damien Gurganious.” Her touching post continues, paying tribute to her late husband as an inspiration to all those around him. “He was a pillar of his family, an amazing son, brother, cousin and uncle. He was in inspiration and mentor to so many.”

More: Biggest Loser: Where are they now? 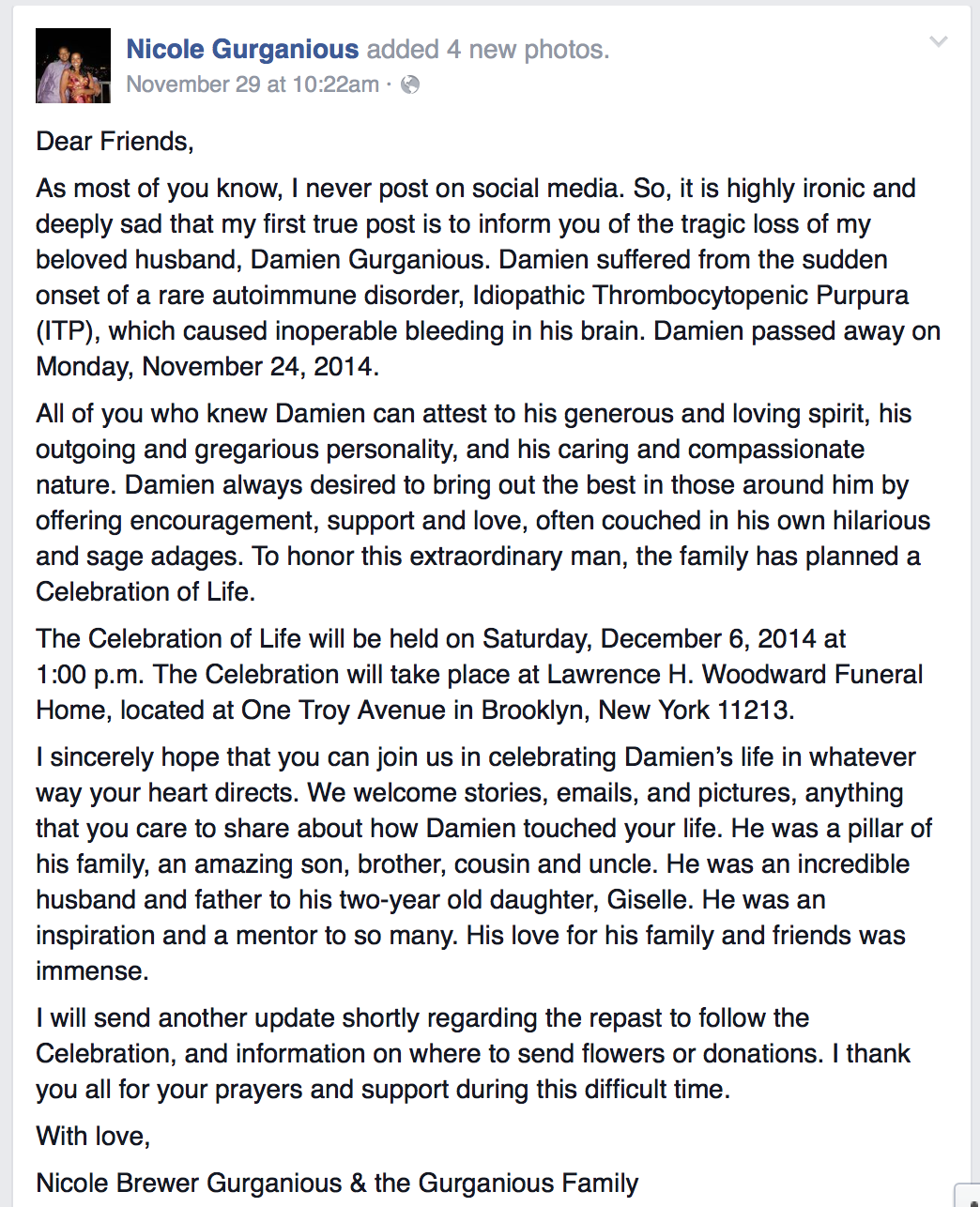 The Biggest Loser will air an “In Memoriam” card after next week’s episode, which will air on Dec. 11 on NBC.