A fan on Twitter is claiming that she was bullied and called names because of her weight at a recent meet and greet with Lovato, who is very outspoken and public about her own anti-fat-shaming sentiments.

The fan, who identifies herself as Madison and goes by the Twitter handle @dinahbgc, claims that Lovato told her she was going to die and started “speaking whale” to her. In the most outrageous part of the accusation, the fan alleges that Lovato even physically assaulted her private parts when she attempted to take a photo with the celeb. 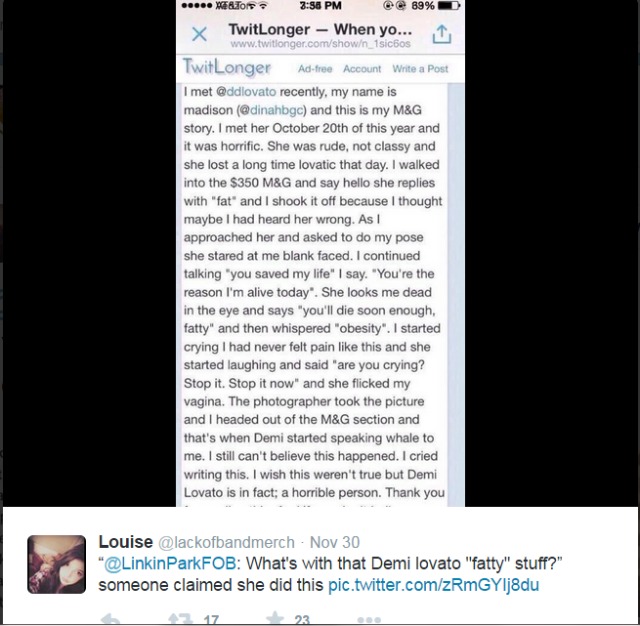 The fan has also posted direct messages, supposedly from Lovato.

It also appears that @dinahbgc posted a series of Snapchats she claims are from Lovato as well, in which the singer is sending selfies and calling the fan fat. 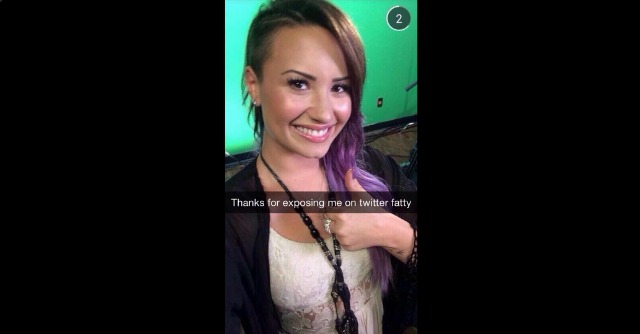 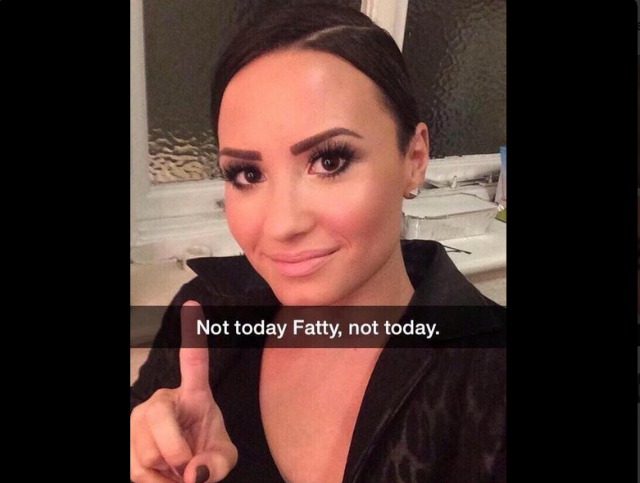 The fan got some backlash, which she also addressed on Twitter.

In a strange twist, Lovato’s accuser doesn’t seem to really be that mad. It’s also troubling that though she felt strongly about the alleged incident that occurred between herself and Lovato, she has repeatedly sent tweets to others on Twitter calling them fat, ugly, or used various other homophobic slurs.

She posted a Vine to Twitter on Thursday with a caption that basically says that Lovato is more talented that Mariah Carey. Bold statement.

The accuser also posted what appears to be a doctored retweet of Lovato’s, in which she calls her Lovatics fat. This tweet kinda calls into question the validity of the twitlonger and the direct messages posted in the first place. 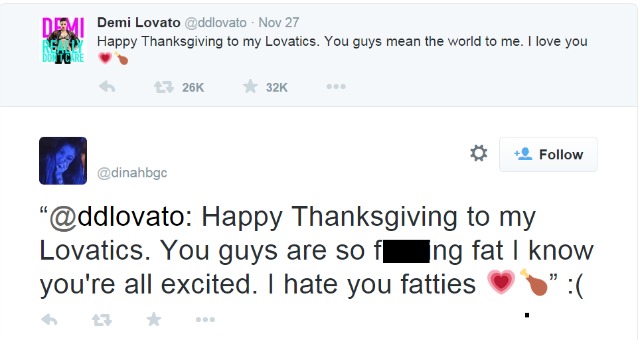 @dinahbgc also revealed the reason why she might have stirred up the controversy. If she truly made up the whole ordeal for attention, it’s a very sad situation.