I’ve been a fan of Cheryl Strayed since she wrote her anonymous advice column, Dear Sugar. I scooped up Wild early and loved it hard, and have since bought a second copy so that I always have a loaner for friends. For my birthday, a friend bought me three copies of Tiny Beautiful Things so that I could give copies away, and still I’ve bought more.

Strayed has become more to me than a writer or an advice columnist — she’s become a mother, a minister, a trusted friend and the best (and worst) version of myself. In honor of the release of Wild on Dec. 5, we’ve rounded up the quotes from her most popular works that moved us most.

More: 9 Ways Wild is the most female-empowering film of the year

1. “Don’t surrender all your joy for an idea you used to have about yourself that isn’t true anymore.” 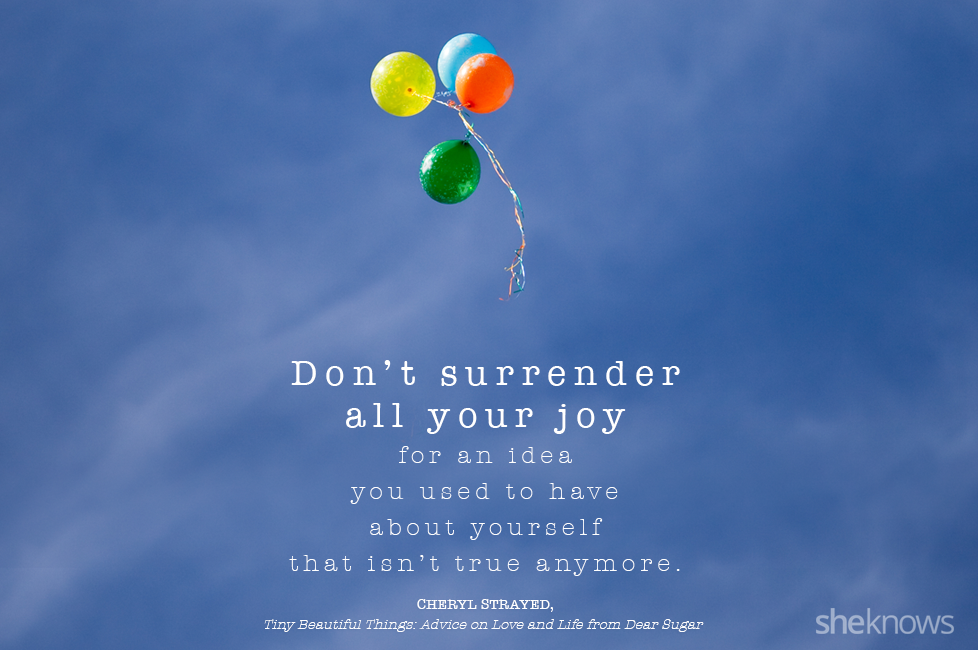 2. “Fear, to a great extent, is born of a story we tell ourselves, and so I chose to tell myself a different story.” 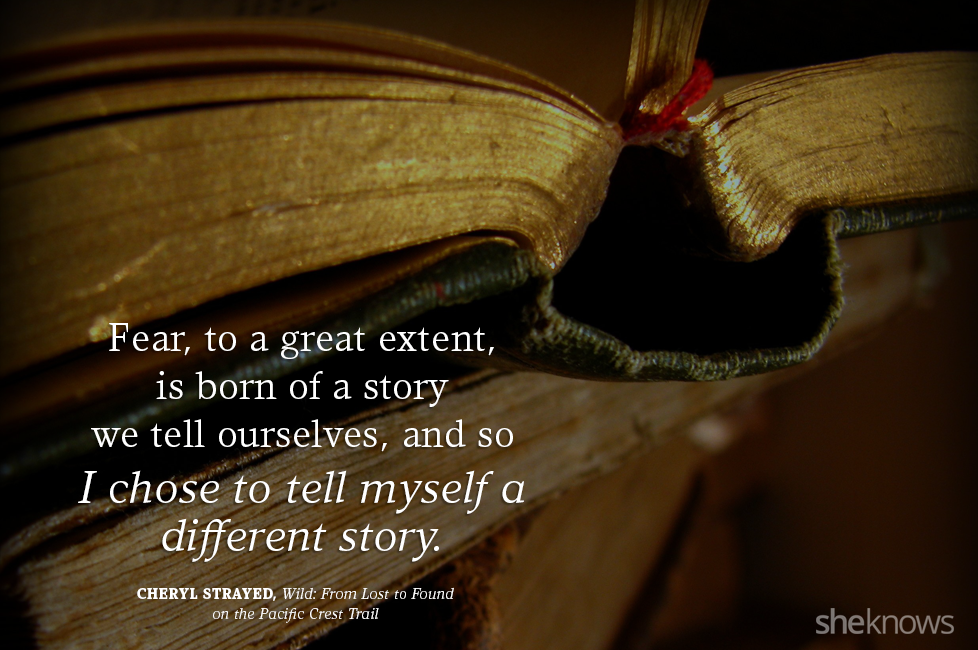 3. “Whatever happens to you belongs to you. Make it yours. Feed it to yourself even if it feels impossible to swallow. Let it nurture you, because it will.” 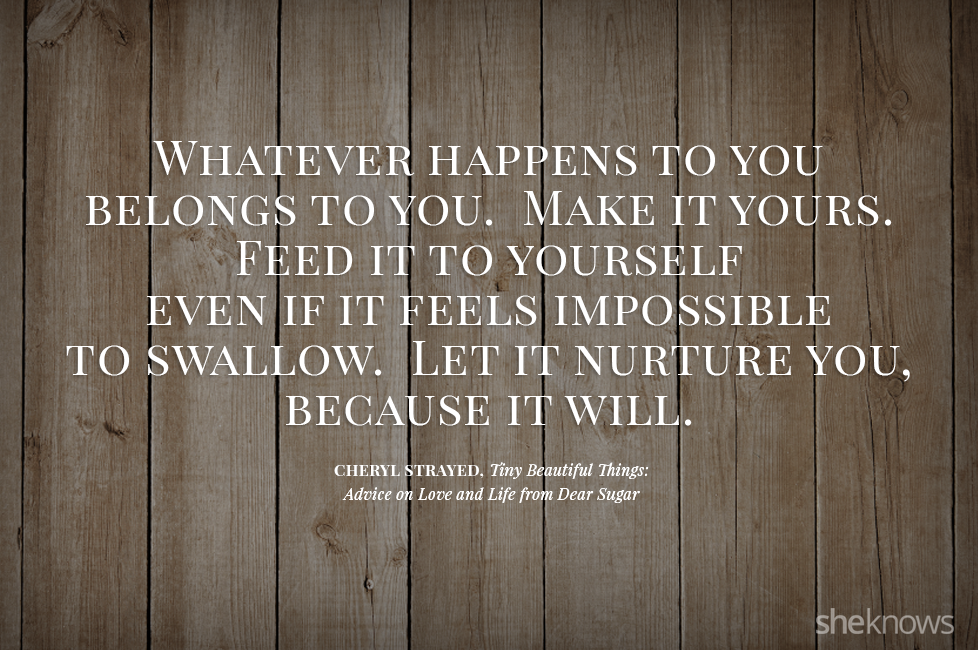 4. “You will learn a lot about yourself if you stretch in the direction of goodness, of bigness, of kindness, of forgiveness, of emotional bravery. Be a warrior for love.” 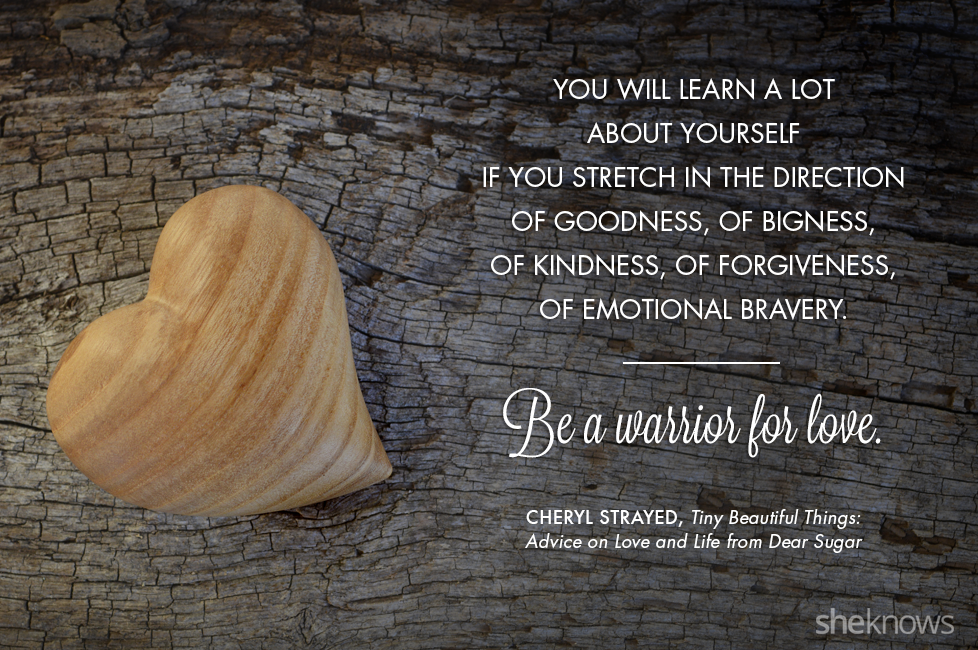 5. “Go, because you want to. Because wanting to leave is enough.” 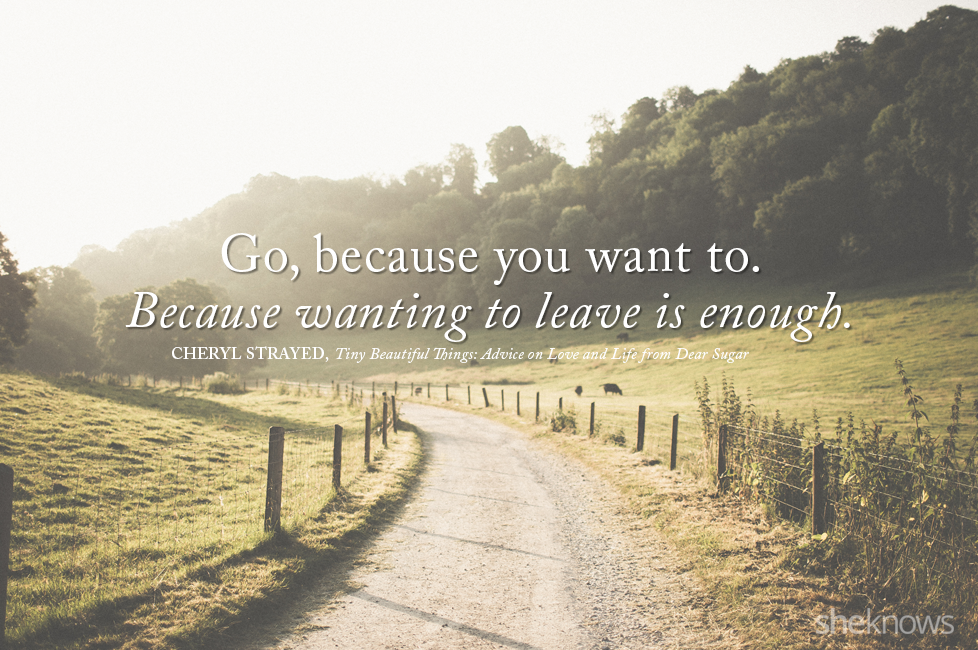 6. “There’s no way to know what makes one thing happen and not another. What leads to what. What destroys what. What causes what to flourish or die or take another course.” 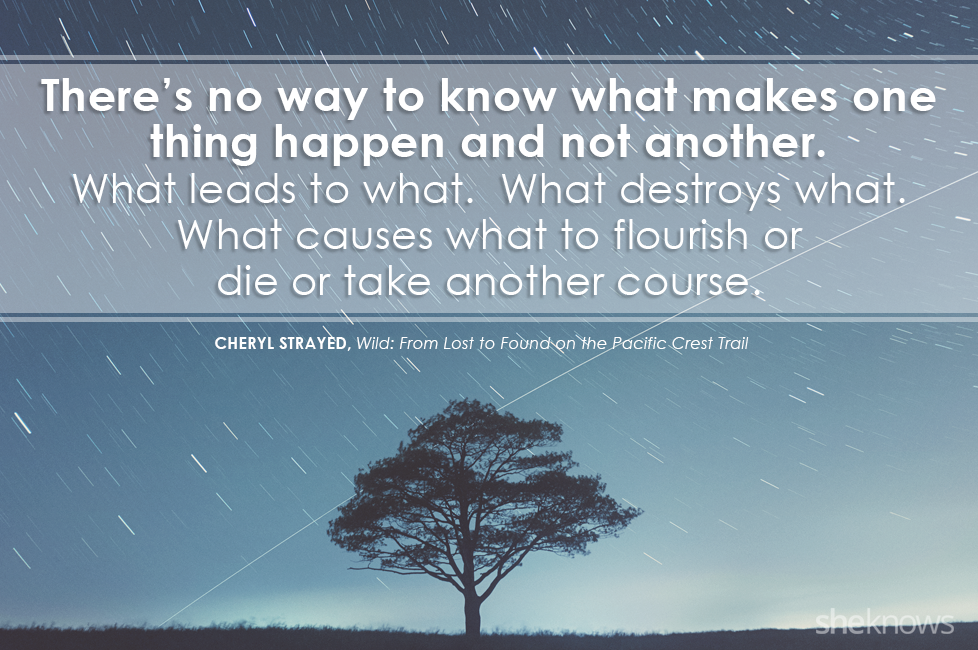 7. “In my perception, the world wasn’t a graph or formula or an equation. It was a story.” 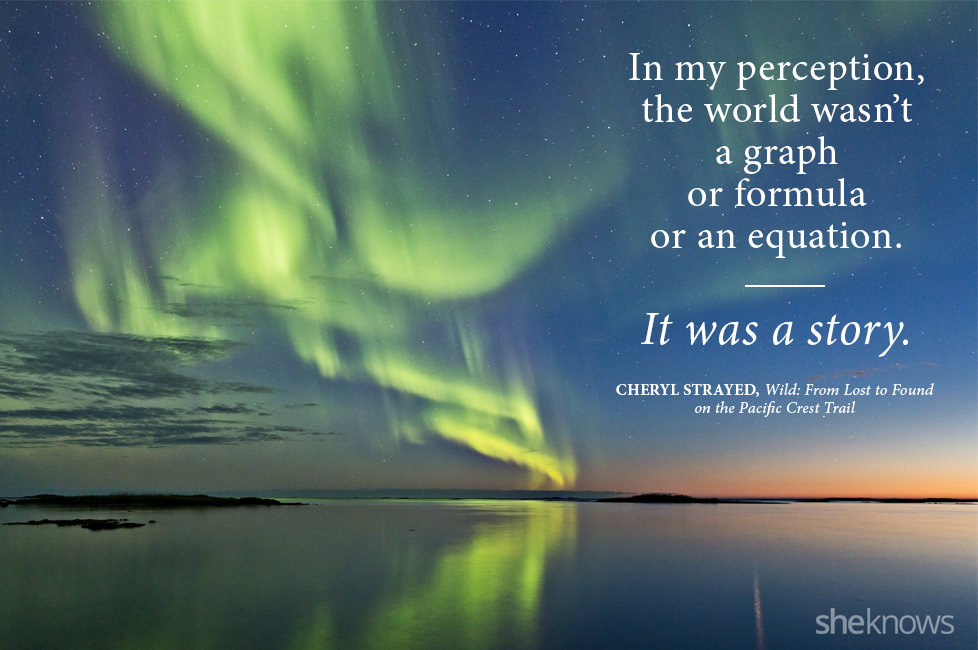 8. “The universe, I’d learned, was never, ever kidding. It would take whatever it wanted and it would never give it back.” 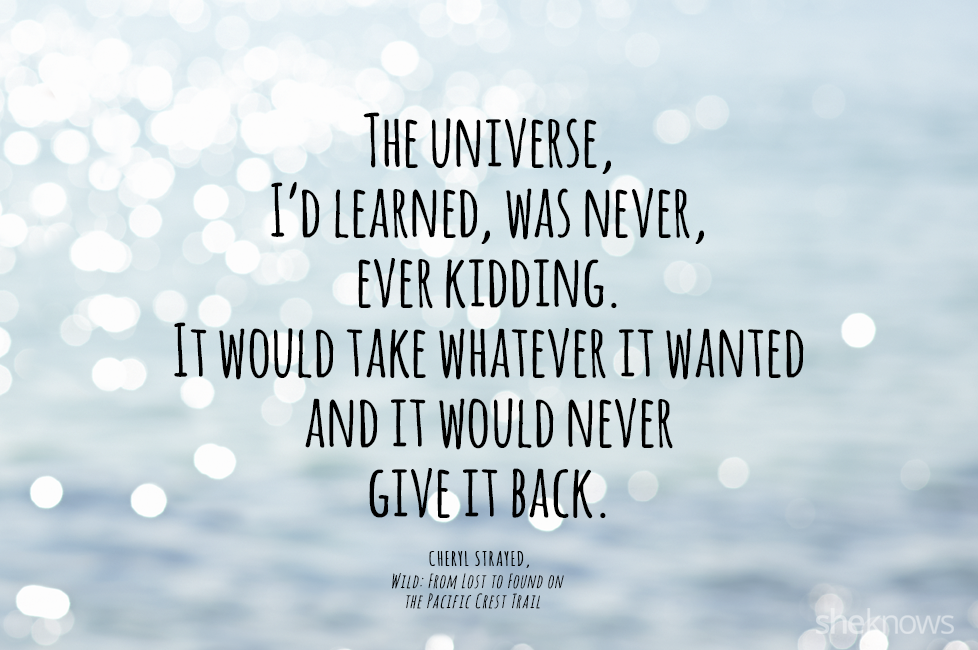 9. “I was amazed that what I needed to survive could be carried on my back. And, most surprising of all, that I could carry it.” 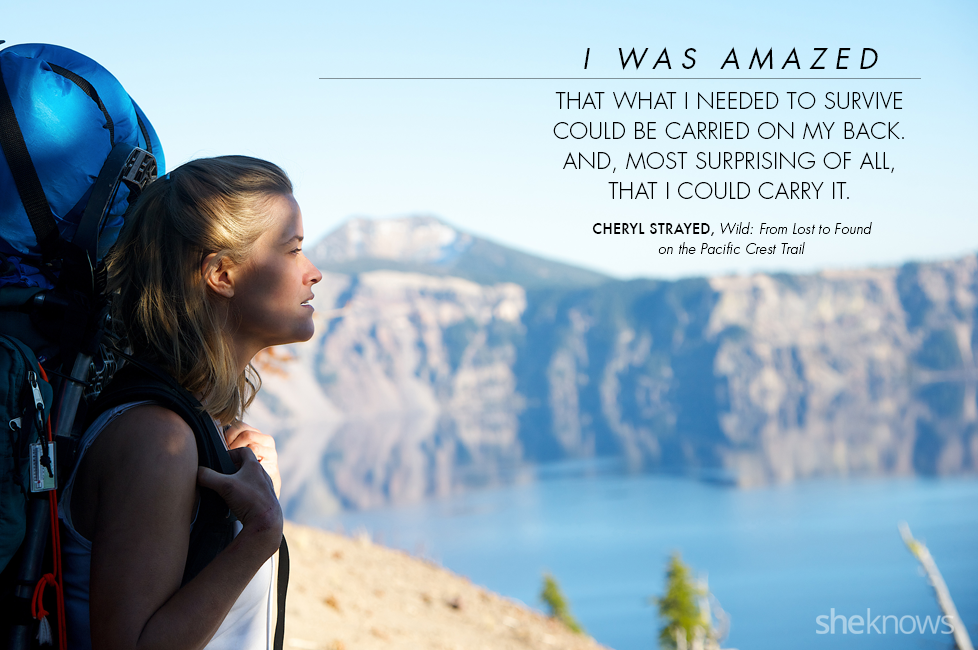 10. “The best thing you can possibly do with your life is to tackle the motherf***ing shit out of it.” 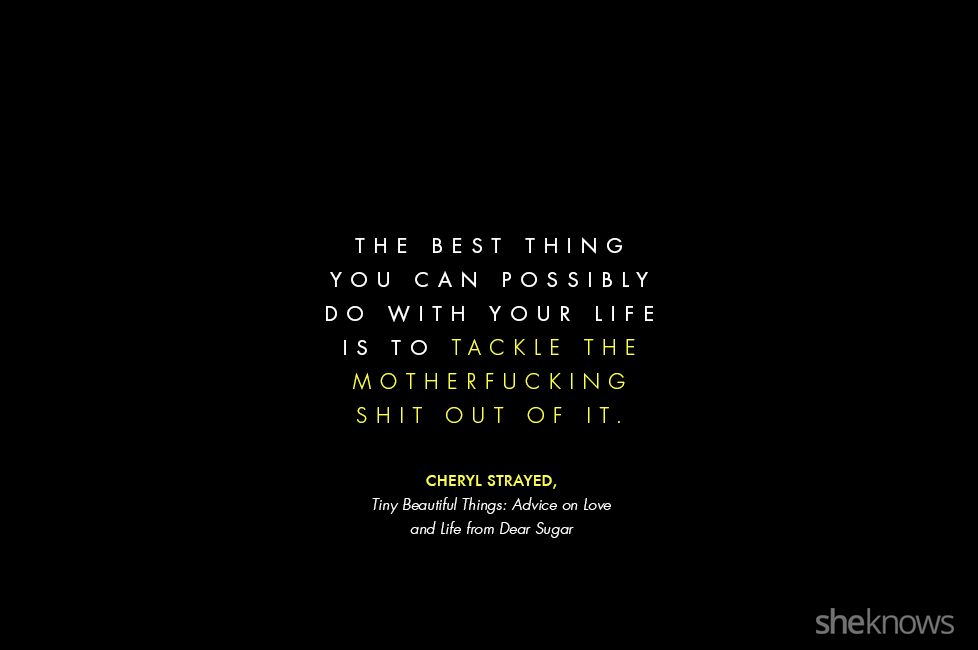 11. “Be about ten times more magnanimous than you believe yourself capable of. Your life will be a hundred times better for it.” 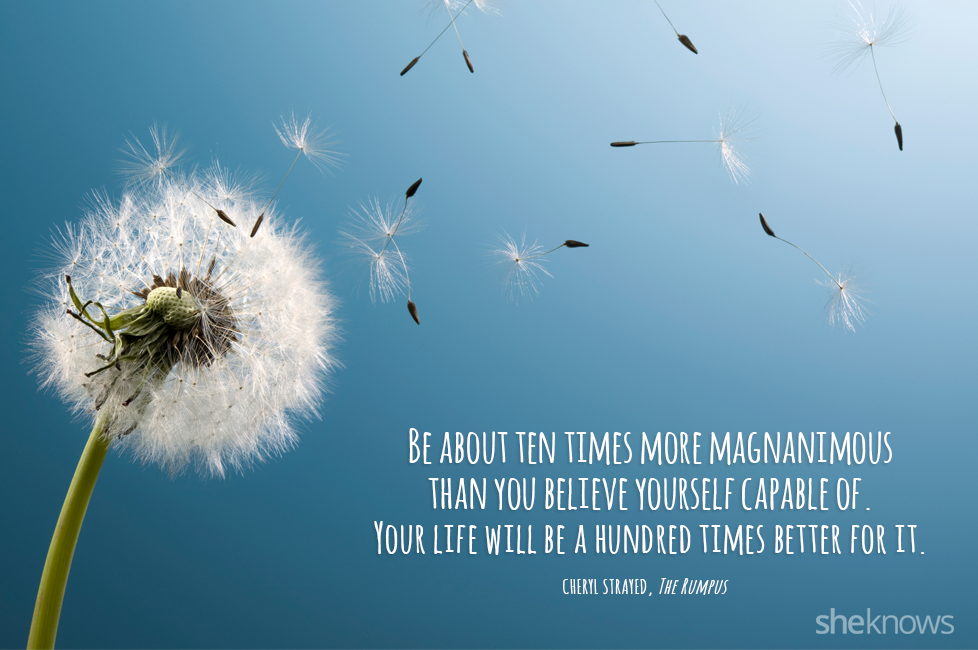 12. “Most things will be okay eventually, but not everything will be… sometimes you’ll put up a good fight and lose.” 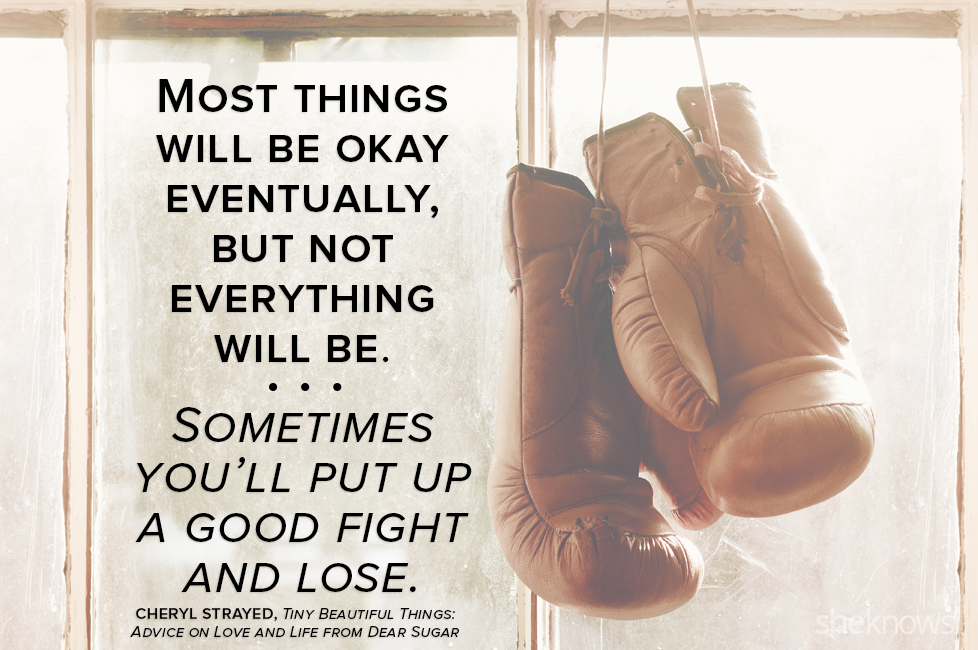 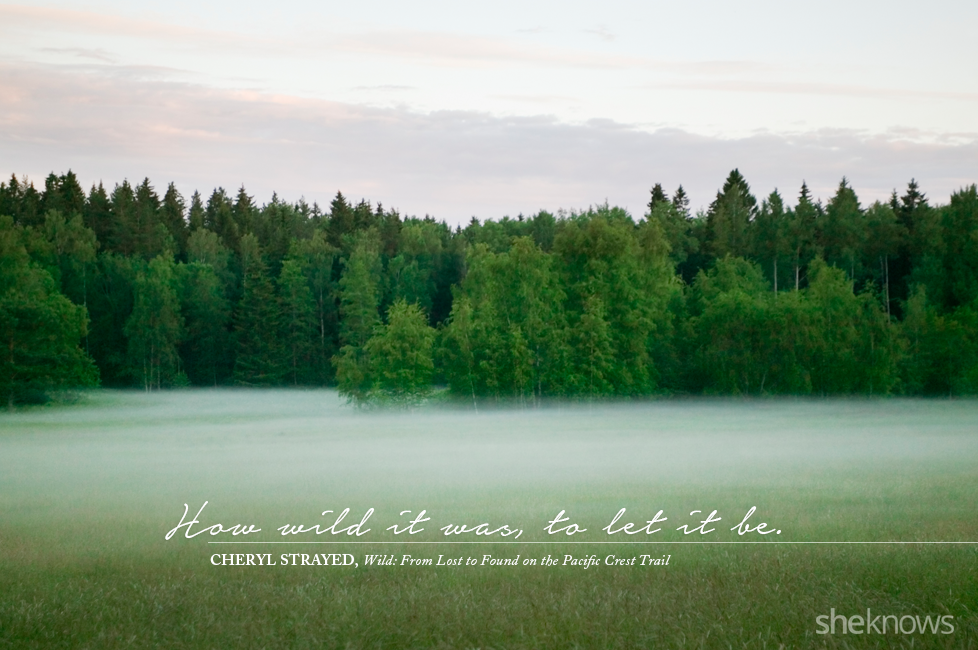 14. “You have to say I am forgiven again and again until it becomes the story you believe about yourself.” 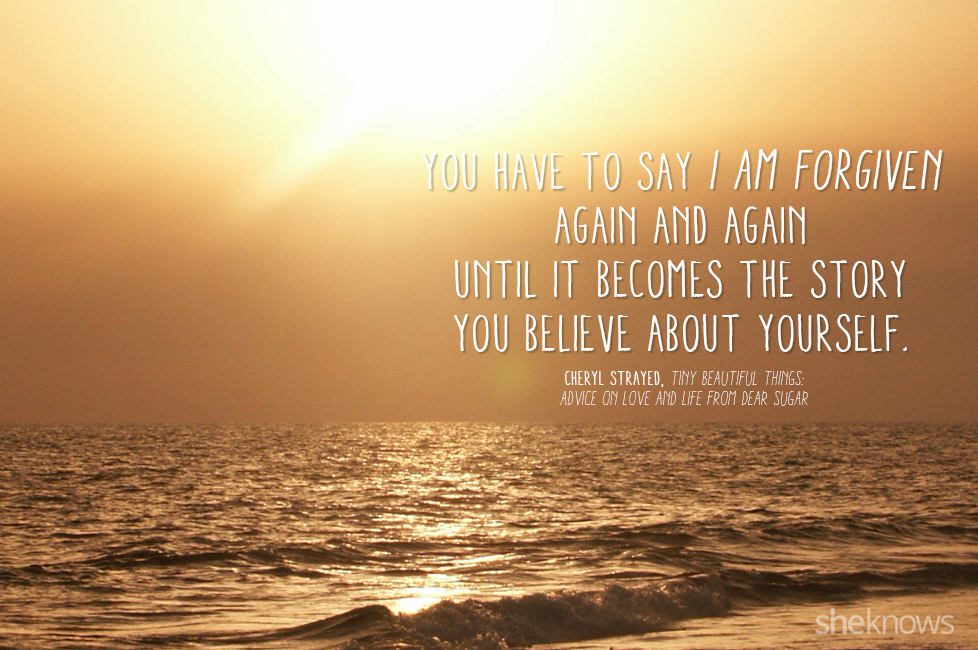 On being a better person

15. “We are all entitled to our opinions and religious beliefs, but we are not entitled to make shit up and then use the shit we made up to oppress other people.” 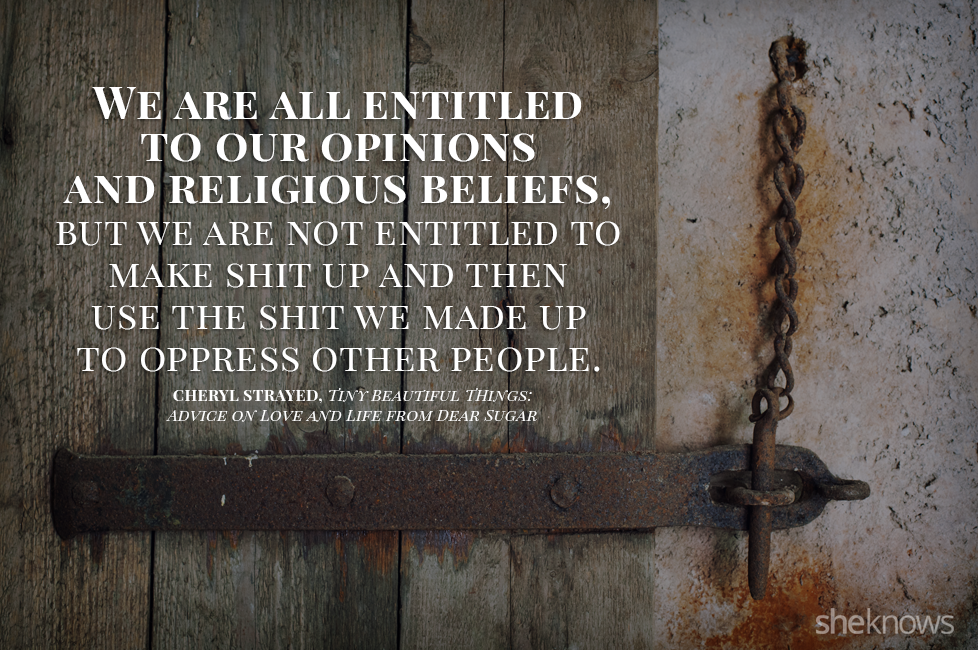 16. “But compassion isn’t about solutions. It’s about giving all the love that you’ve got.” 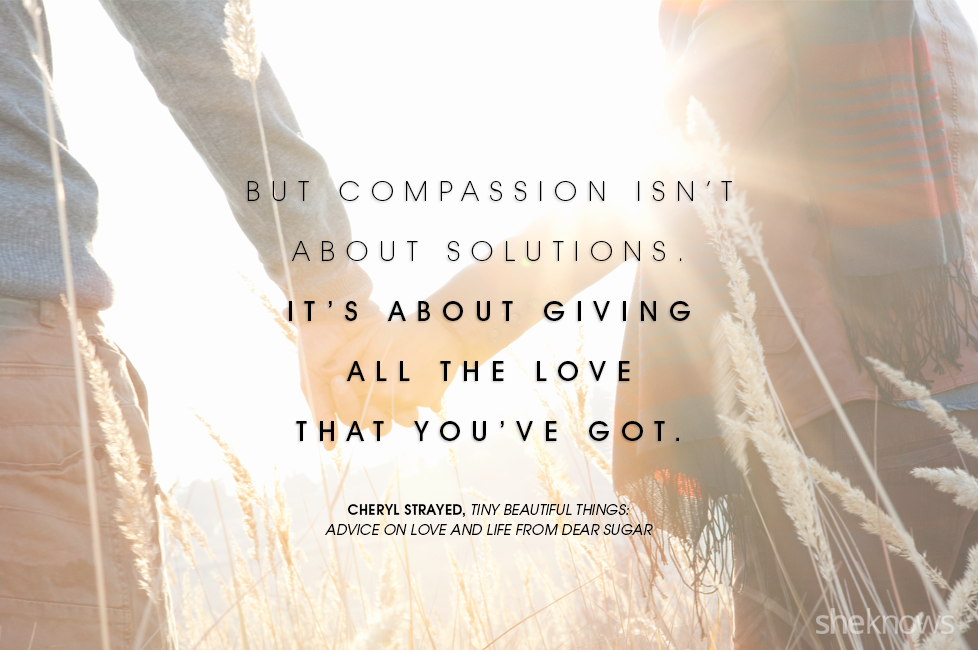