We haven’t been this excited about a movie trailer in a long time. The very first trailer for Star Wars: The Force Awakens has been released, and it’s so epic!

It’s here! It’s finally here! The very first trailer for Star Wars: The Force Awakens has been released, and it’s beautiful. Granted, it’s only one and a half minutes of short snippets, but it’s totally worth the wait. We’re so excited, our hands are shaking… Watch the trailer below:

And to answer the question in the trailer, yes, we felt the awakening! The J.J. Abrams-directed film stars many newcomers to the galaxy far, far away, like John Boyega (apparently in full Stormtrooper uniform), Daisy Ridley, Adam Driver, Oscar Isaac, Andy Serkis, Domhnall Gleeson and Max von Sydow. Plus the original cast, including Harrison Ford, Carrie Fisher, Mark Hamill, Peter Mayhew and Kenny Baker. We can hardly wait, you guys!

While the trailer was brief, there were a couple of moments that really stood out for us and raised a few questions. Let’s go over them together, shall we? 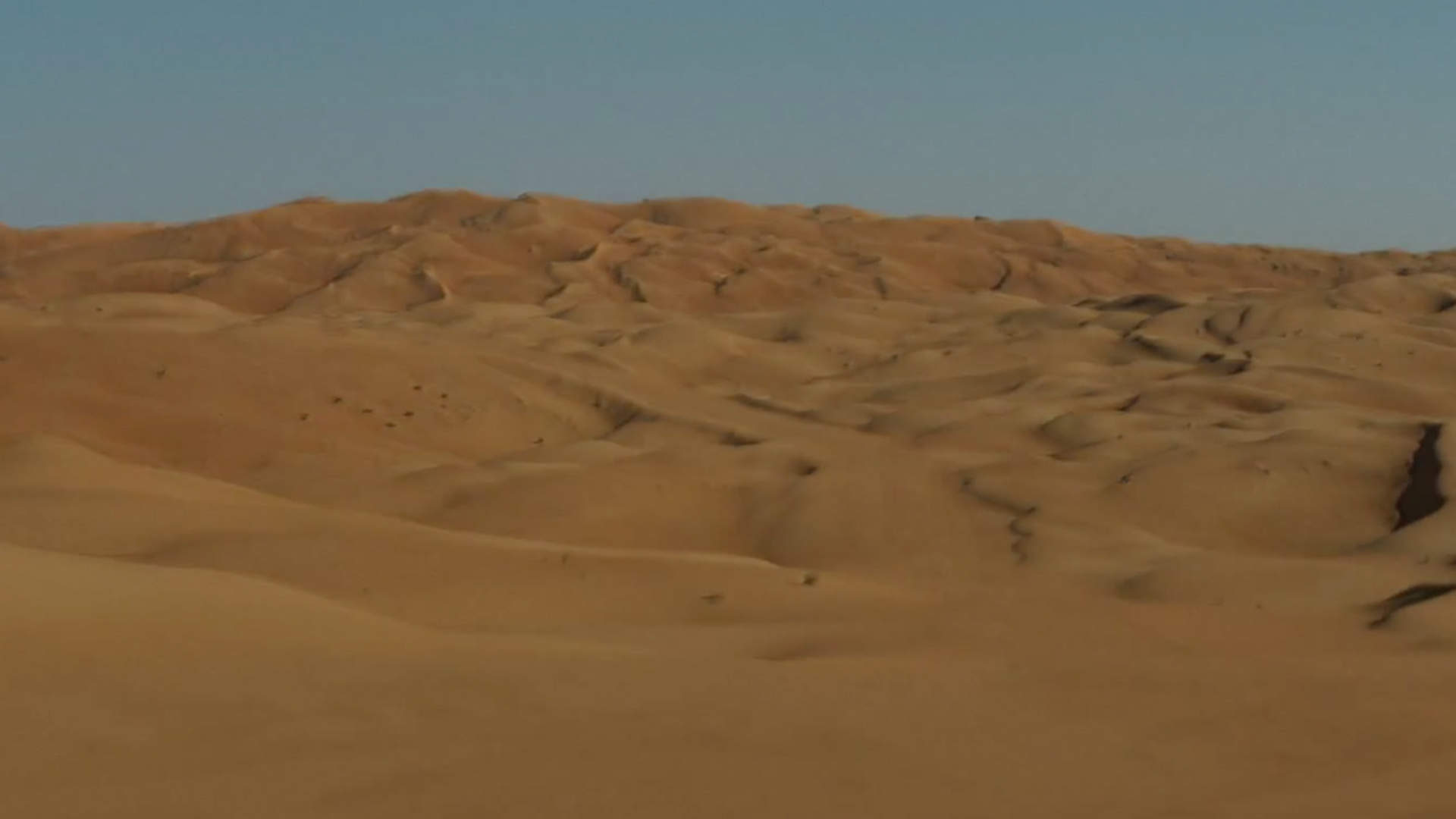 The first shot in the trailer shows a planet that reminds us a lot of Tatooine (it probably is). So we may be seeing the return to the sandy planet, which was the original home of Anakin and Luke Skywalker. 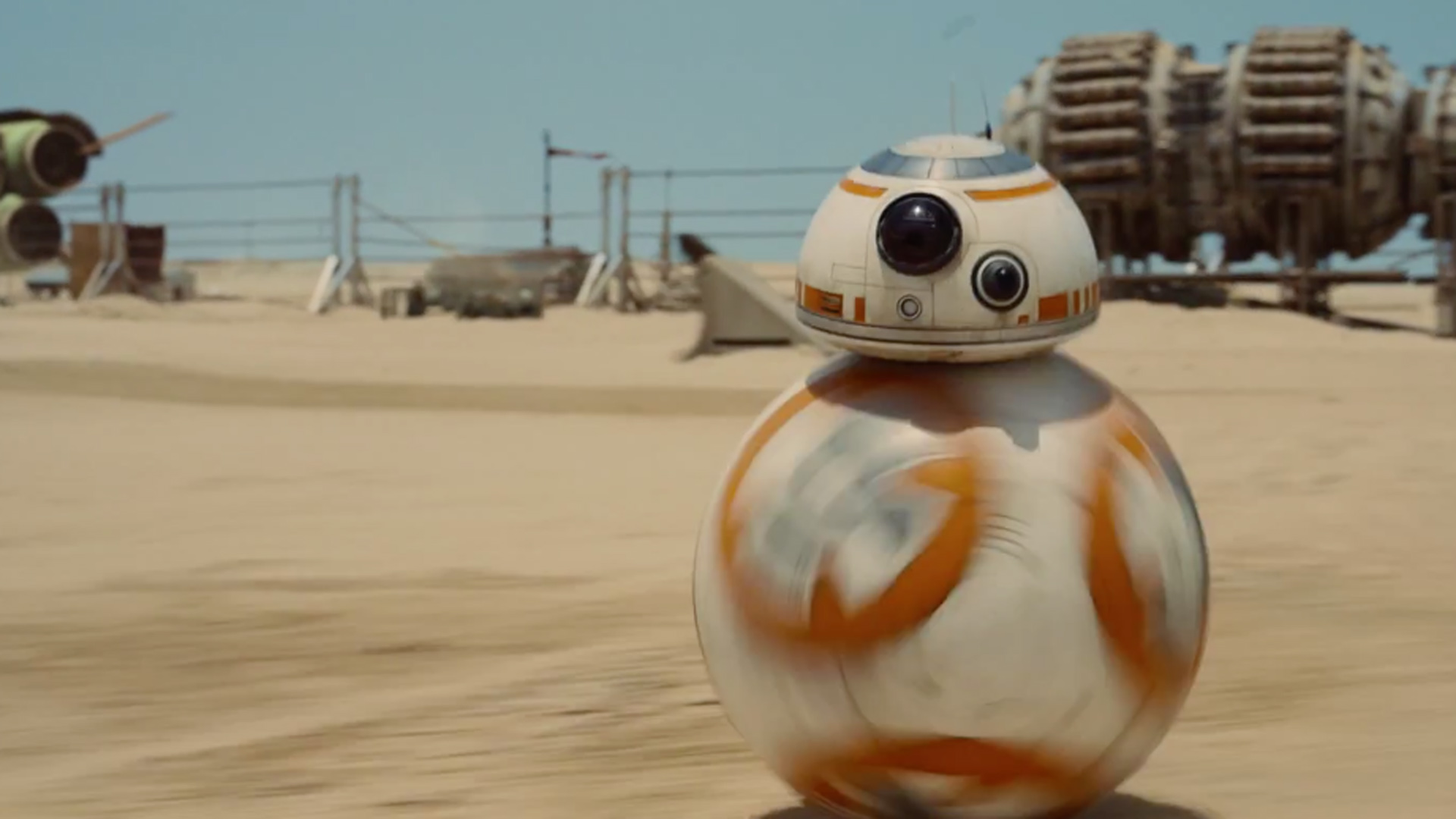 Nothing really significant about this little guy other than it being adorable. 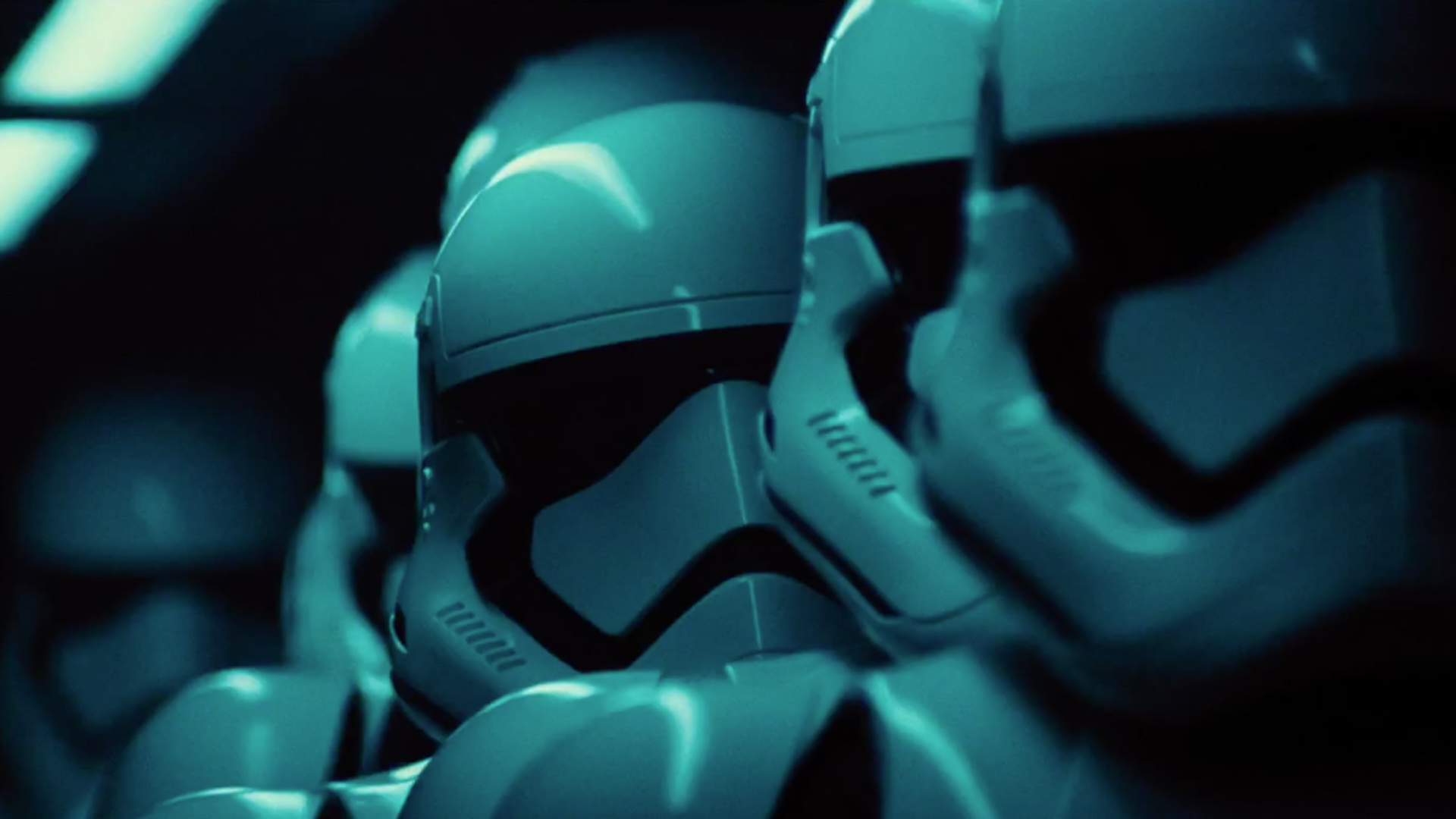 Stormtroopers are associated with the Galactic Empire and were under the control of Emperor Palpatine in the other Star Wars films. They might be serving a new leader of the Dark Force. 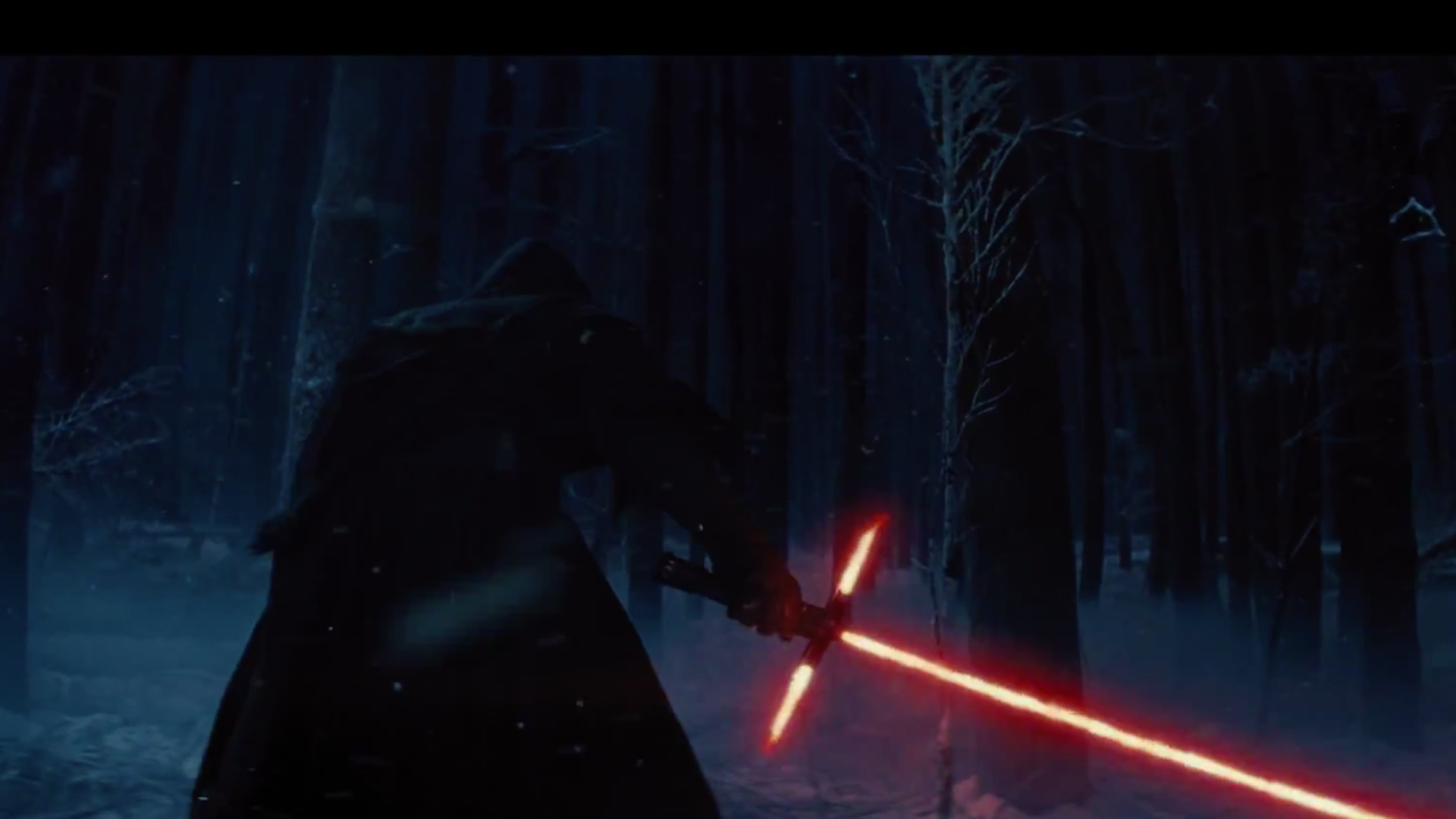 We do catch a glimpse of our first potential “bad guy.” He appears to be a Sith. We’re not sure which actor portrays him or if this is the new villain of the trilogy. 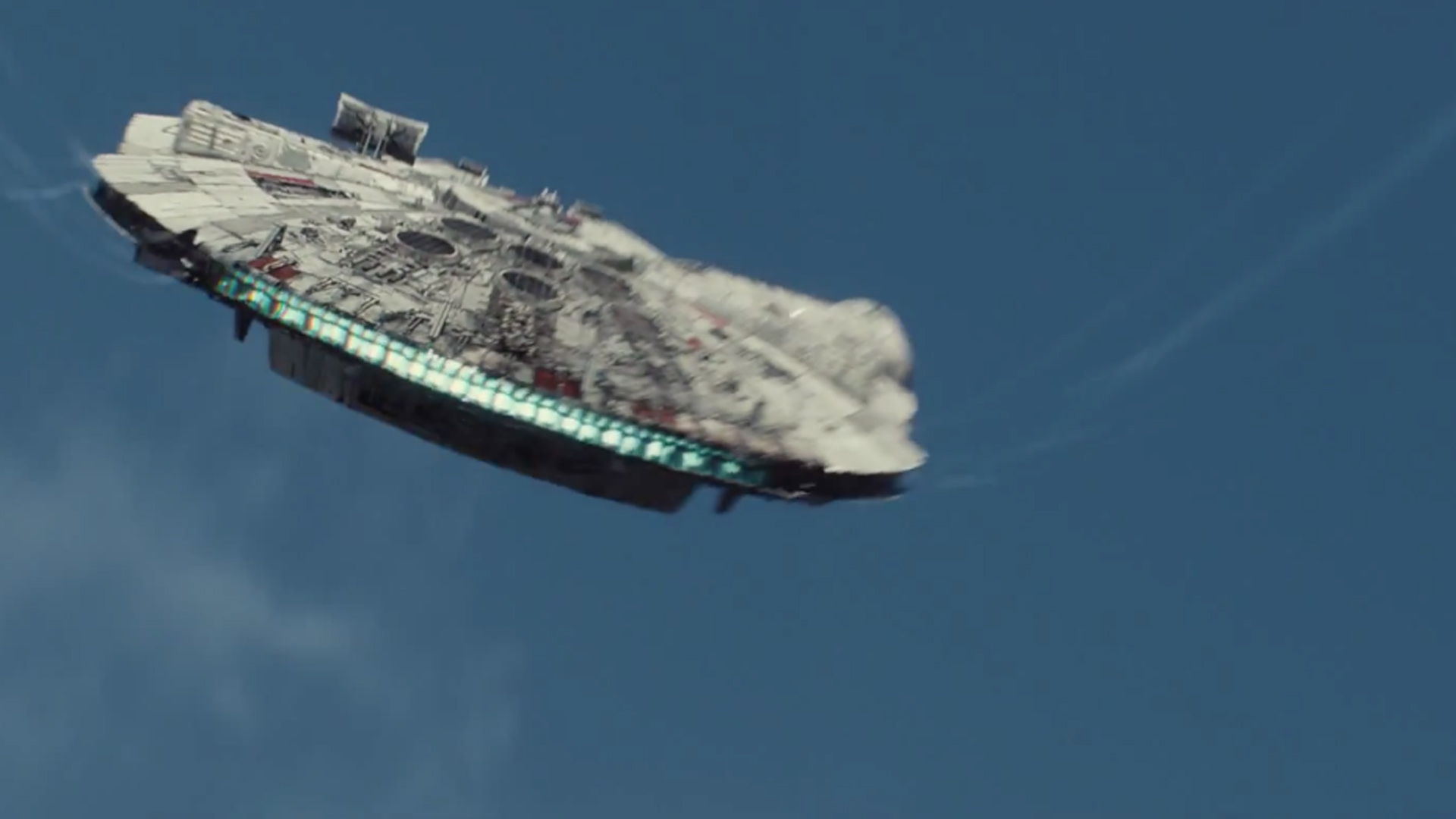 This, much like a Stormtrooper, is such a symbolic image of the original Star Wars films. It caught our attention because it’s epic and awesome.

What did you think of the trailer? Star Wars: The Force Awakens opens in theatres on Dec. 18, 2015.