Brad Pitt is not the most talkative guy, but his recent interview with the British GQ was a little more candid than we’re used to. We’ve learned a few new things even.

Finally, he’s giving us something. Brad Pitt is not much of chatterbox, if you haven’t noticed. In fact, he’s pretty reclusive and secretive about his private life; which, of course, is his prerogative. But, the 50-year-old actor opened just a tiny bit in the excerpts from his interview for the November issue of British GQ. He even talked about himself and his wife, Angelina Jolie, ever so briefly, which is very unusual.

So, here are all the juicy bits from the interview, organized for your reading pleasure. Enjoy!

1. Marriage is not just a word to him

This may be a second marriage to Pitt, but he values the institution as much as ever. While the actor did not go in any depth about his marriage to Angelina, he did say: “I wouldn’t say [marriage is] just a title. There’s more to it than that.” And we really do hope we will never see these two lovebirds part.

LaBeouf is getting a lot of smack lately for his seemingly erratic behaviour and Twitter rants, but Pitt turns out to be a huge fan. The actor adored LaBeouf’s work ethic and commitment, saying: “Oh, I love this boy. He’s one of the best actors I’ve ever seen. He’s full-on commitment, man. He’s living it like no one else, let me tell you. I’ve been fortunate to work with a lot of great actors. He’s one of the best I’ve seen.”

3. He freaked out on Scott Eastwood on the set of Fury 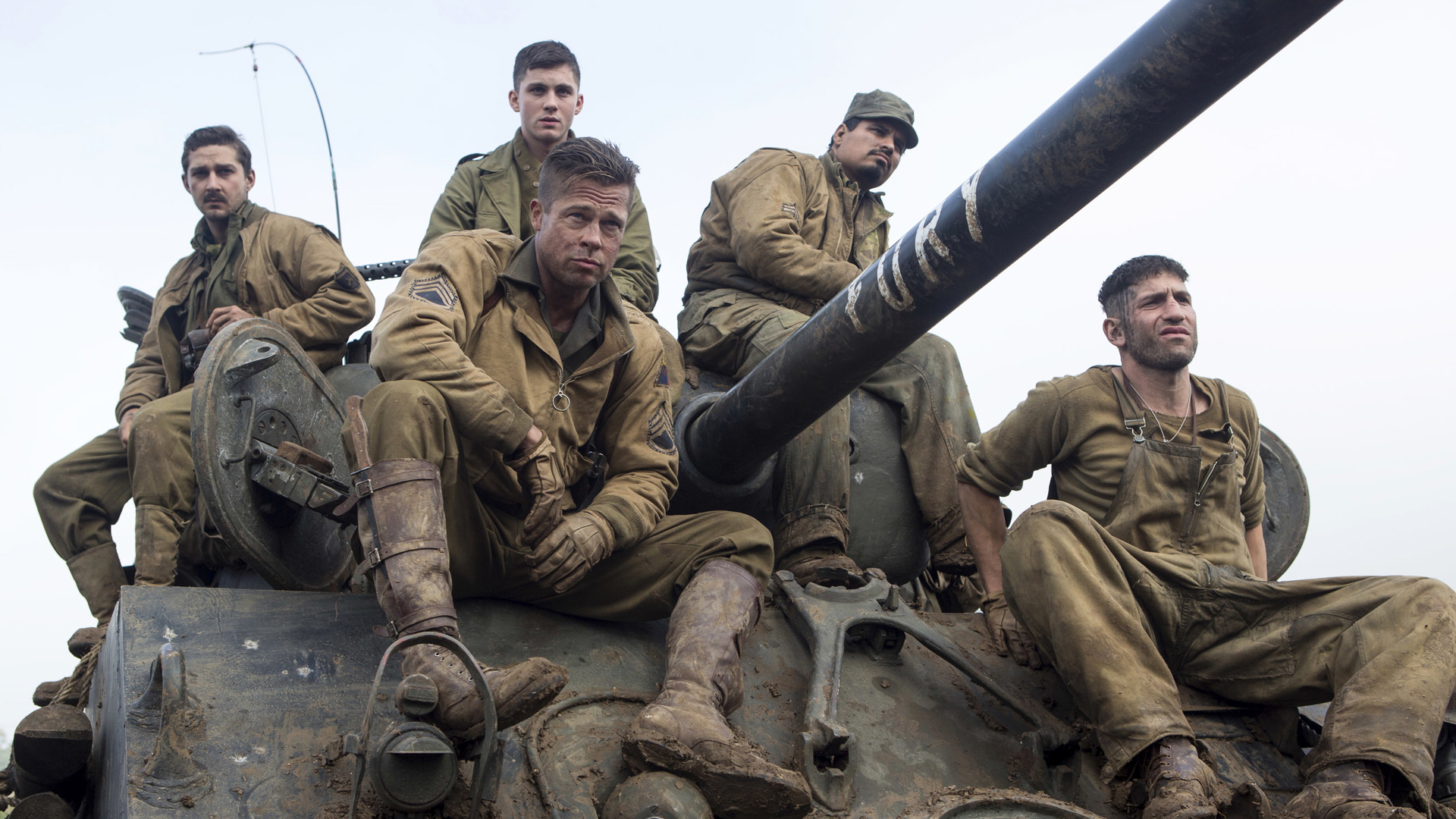 Whilst on the set of his most recent film, Fury, Pitt and co-star Shia LaBeouf jumped the gun and almost got into a real spat with another co-star, Scott Eastwood. Pitt described the hilarious misunderstanding: “We were driving down the road, I’m in the turret, Shia is at the other turret, and Scott is on the back, spitting juice. And I’m starting to get pissed off, I’m starting to get hot, because this is our home, he’s disrespecting our home, you know? So I said, in the scene with the cameras rolling, ‘You’re going to clean that s*** up.’

“Shia clocks it, and you have to understand, we’ve been through severe boot camp already, we’ve been through a lot in this tank. Shia saw it and felt the same — he’s disrespecting our home. So Shia had the same reaction I did and started having some words… then I had to get in after the cameras were rolling and explain it to Scotty.”

Finally adding, “The funny thing is, when we got home at the end of the day and read the script, it said Scotty’s character is ‘chewing tobacco and spitting it on the back of the tank.’ He was just doing as instructed in the script! So we were the knobs in the end… “

Whoops? This one is definitely on Pitt and LaBeouf.

4. He will not be joining any social networks

Pitt admits that he sees the benefit in Twitter, since it would allow him to “combat the misconceptions of the misquotes immediately” and even confessed he would probably use it if he were younger. But, he added that at this stage of his career and life, he doesn’t “want to bother with it.” And as much as we would like to see Pitt tweet about his morning grub, we respect him even more for resisting the temptation.

In response to George Clooney’s recent description of Pitt as “unreachable,” the actor confessed that he is indeed quite restrained as an individual, saying: “Well, you know, George is extremely accessible. He’s one of our best representatives. He’s funny as s***. He’s a joy to be around. I guess maybe I’m more of a miserable bastard.”

Adding, “I’m a bit of a loner you know? I’m more quiet by nature. And coming from, you know, hillbilly country, I’m probably more reserved.”

Is it just us, or do you also love Brad Pitt even more now? He’s just such a magnetic figure.

Who knew Elle Fanning would look even better as a brunette?
Leonardo DiCaprio’s first Instagram is way more badass than yours
Twitter reacts to Amber Rose and Wiz Khalifa’s divorce