Kate Middleton, the Duchess of Cambridge, and Prince William are expecting their second child together! The Clarence House made the announcement on Monday.

Only Kate Middleton can get the entire world this excited about a baby… The Duchess of Cambridge and Prince William are expecting their second child together, y’all!

“Their Royal Highnesses, The Duke and Duchess of Cambridge, are very pleased to announce that the Duchess of Cambridge is expecting their second child,” Clarence House said in a statement on Monday. “The Queen and members of both families are delighted with the news.”

Remember the frenzy around Middleton’s first pregnancy? Well, it’s back. As you may remember, the Duchess suffers from hyperemesis gravidarum (acute morning sickness) and is being treated for the condition presently. Kate will be taking it easy on public appearances from now on to allow proper monitoring of the illness.

Well, this is splendid news! Not the illness, but the pregnancy thing. Middleton is a flawless human being and Prince William is adorable, so we encourage them to have as many children as they possibly can. Take Prince George, for example. He’s the cutest chubby royal baby in the universe! 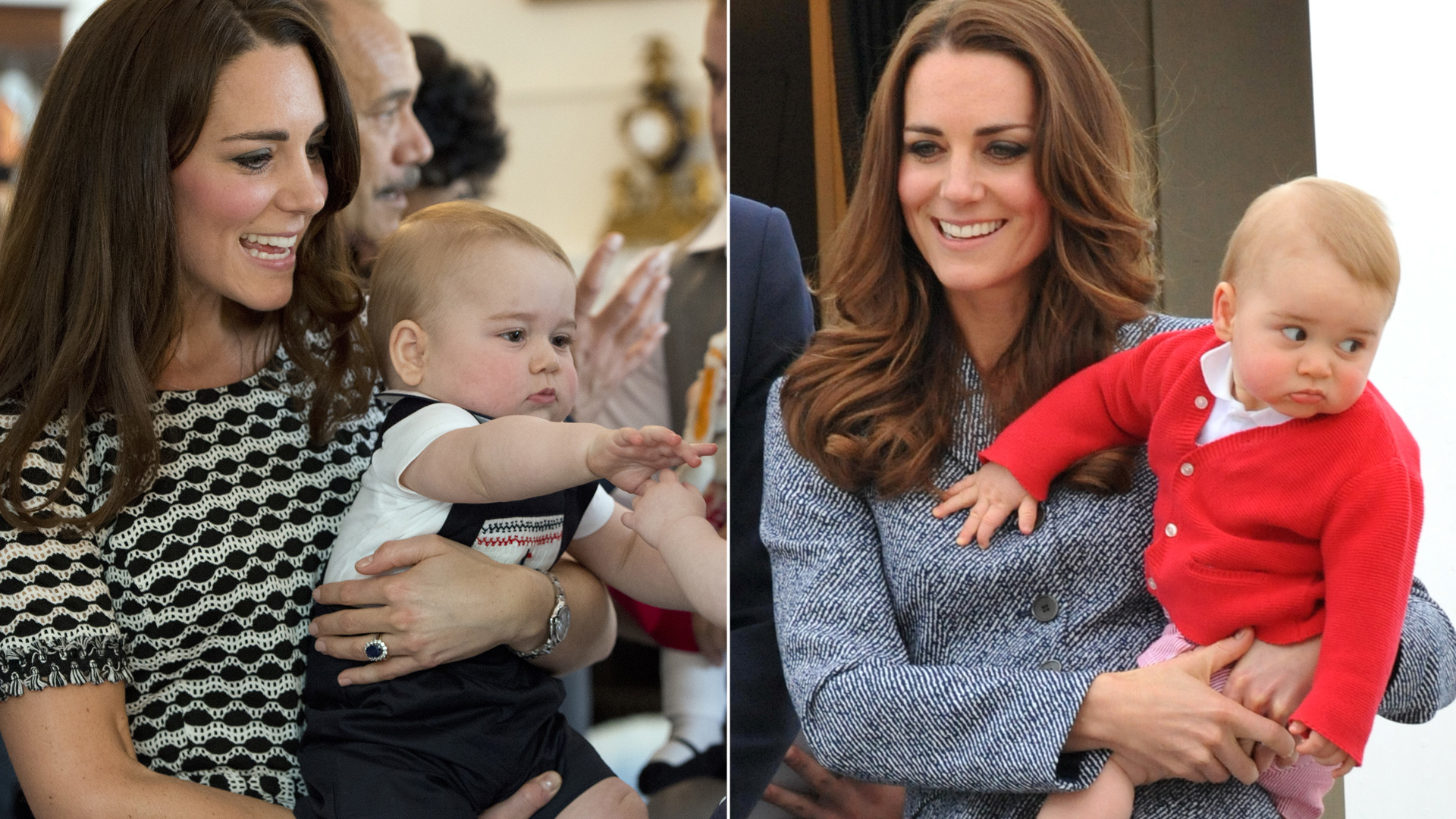 Can you believe he was born only a year ago? We love those rosy cheeks! But now that Middleton is pregnant again, this brings up the possibility of a royal baby girl. So, the big question is — will she be named Elizabeth or Diana? Sorry, but those are the couple’s only options. If it’s another boy, we’re betting money on the name Henry. Any takers?

What?! The queen thinks Kate Middleton’s skirts are scandalous >>

This future bundle of royal joy will be fourth in line to the British throne, pushing Prince Harry to the fifth spot. So, how excited are you for another royal baby? Will it be a girl or a boy for the duke and the duchess?

Somebody call the fire department! Kim Kardashian is smoking hot in British GQ
Kick off the NFL season with “Mean Tweets” read by your favourite players
5 Facts you need to know about Joan Rivers