Sadly, Joan Rivers has passed away on Thursday in New York, but her brilliant comedic legacy lives on! Here’s what you absolutely must know about Joan. 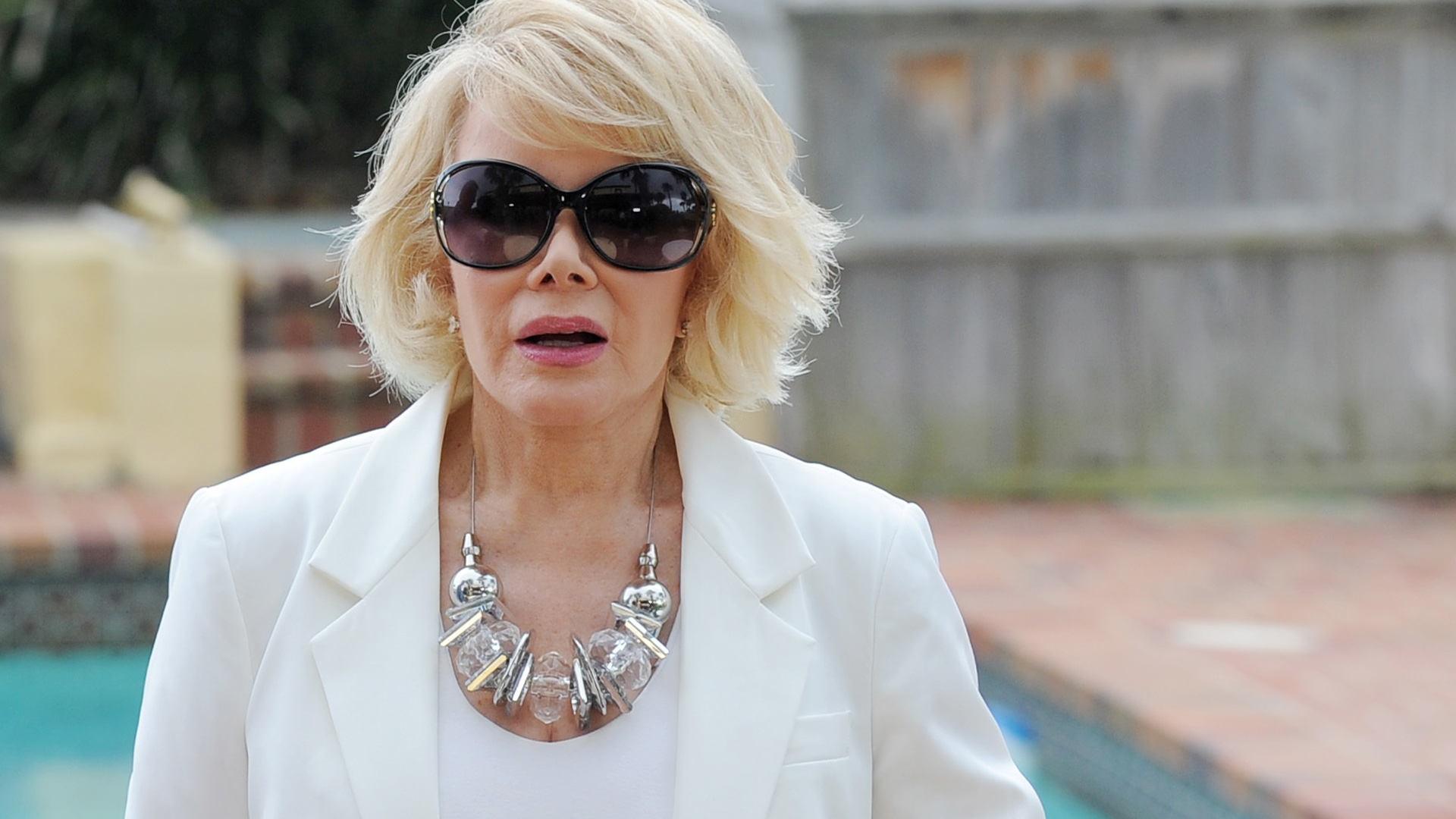 Are we the only ones who thought Joan Rivers had dipped her feet into the lake of immortality and would never leave us? This is so heartbreaking. The 81-year-old comedic pioneer died on Thursday at Mount Sinai Hospital in New York, surrounded by close friends and family. Rivers was initially hospitalized on Aug. 28 after she stopped breathing and suffered cardiac arrest during surgery on her vocal cords.

How to handle a naked photo scandal >>

How does one even summarize a career spanning five decades and do it justice? Rivers is a legend. She paved the way in comedy for women and would give any male comedian a run for his money. “Can we talk?” Yeah, she invented that lead-in. Times may have changed — as did Joan, thanks to her many plastic surgeries — but this comedienne remained as quick-witted as ever. There are no words to describe the loss the world has sustained with Joan’s passing.

But we should know the women who championed on our gender’s behalf and opened doors for those who followed. Joan Rivers was one of those great women. So here are just a couple of facts you should know about this unforgettable comedienne.

Hey, never forget where you came from! Joan was born in New York to Russian Jewish immigrants. Kind of neat, right?

2. Rivers had a Bachelor of Arts degree in English literature

This certainly explains why she was so well-spoken and had an endless vocabulary. This woman… One of a kind.

3. She kissed Barbra Streisand that one time

Actually it was more than one time. Rivers had a small lesbian role in an off-Broadway play called Driftwood, and she totally planted a wet one on Babs.

4. Her first TV appearance was on The Tonight Show

Jack Paar hosted the show at the time, but Rivers also appeared on the show again during Johnny Carson’s hosting years. In fact, she received a permanent position (as a writer and occasional co-host) on The Tonight Show and filled in for Carson when the latter was unavailable.

5. Rivers had her own talk show

It was called The Late Show Starring Joan Rivers, and it effectively ruined Joan’s friendship with Johnny Carson, who viewed it as good ol’-fashioned backstabbing.

We love you, Joan! To the ends of the world and back.

Somebody needs to open a can of whoop-ass on CeeLo Green
Cutest country star families to celebrate Carrie Underwood’s pregnancy
The “Most Colossal Beard” award goes to — Will Forte!