We may have fallen in love with Leonardo DiCaprio all over again. The actor accepted the ALS Ice Bucket Challenge and nominated our prime minister, Stephen Harper, to do the same.

Heck yeah! Leonardo DiCaprio is bringing the ALS Ice Bucket Challenge to our home soil and — in a shocking plot twist — to Stephen Harper! We did not see this coming.

The 39-year-old actor took to Facebook on Monday to complete the Ice Bucket Challenge (rocking a sweet ponytail and beard) from Lake Athabasca in Alberta — where he is learning about the damage the oil sands are causing our climate — and boldly nominated our prime minister for the cold soaking before taking the plunge himself. Per E! News, DiCaprio also reportedly donated $100,000 to ALS research.

So, is Stephen Harper up to the challenge? Who wants to make bets? Barack Obama has been nominated for the Ice Bucket Challenge countless times but continues to diligently decline the offer. Harper seems like a down-to-earth kind of guy, and plus, he’s a Canadian at that, so the ice-cold water should not deter him, right? Come on! Do it, Steve! 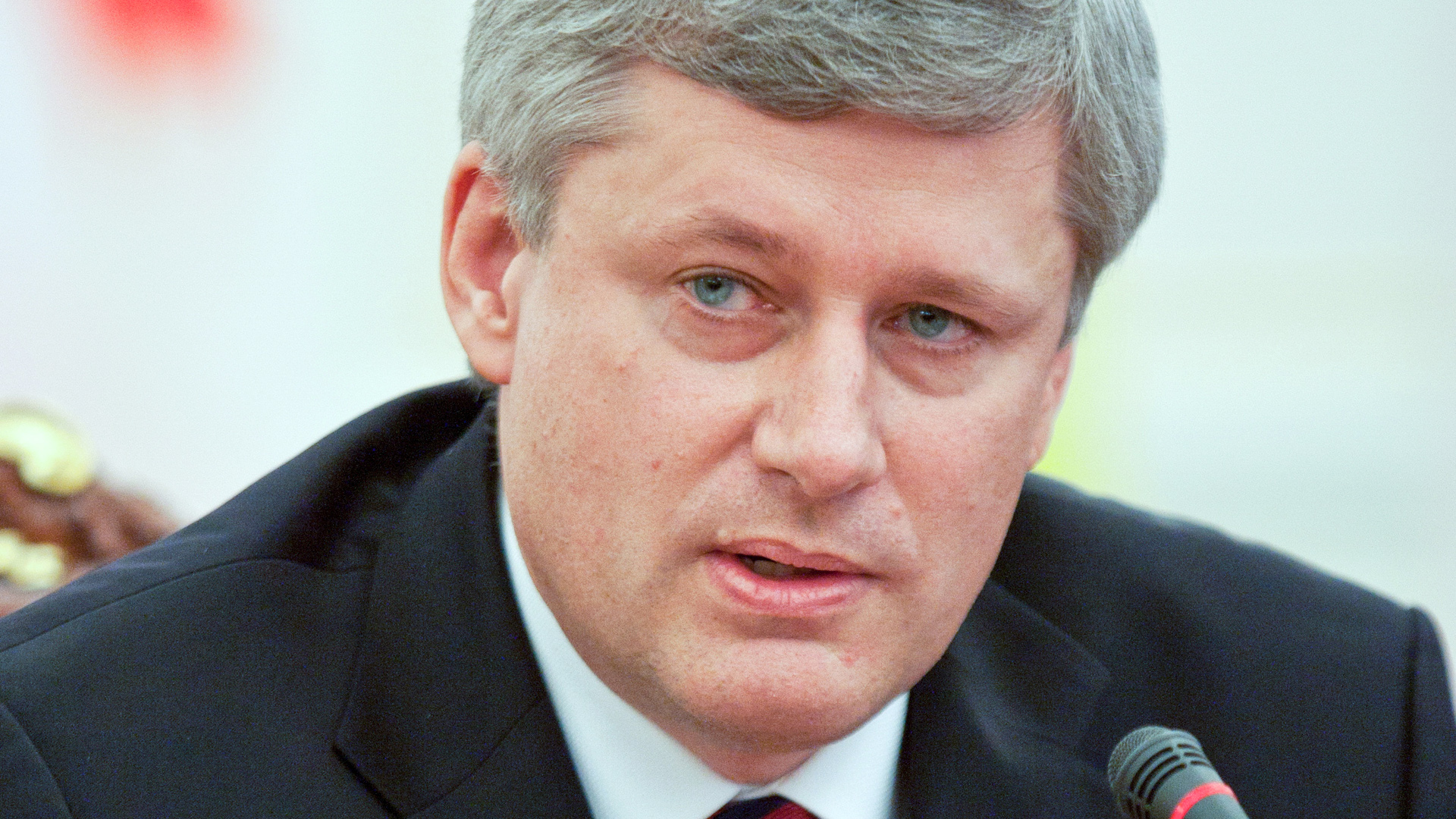 Cards on the table: It’s no accident that DiCaprio happened to nominate Harper whilst talking about the oil sands. The prime minister has quite successfully gutted many environmental laws and policies in support of the oiling industry since he assumed office. Not everybody is thrilled about it. The least he can do is wear a white T-shirt and soak himself in some water for a good cause (and our personal amusement).

What do you think? Will Harper do it or back out?