The 2014 Emmy Awards turned out to be more hilarious than we had ever anticipated. We’ve picked out the very best moments for those of you who missed the ceremony.

Aw, it’s all over now. We would just like to say that despite Weird Al Yankovic almost ruining our lives with that song mash-up, the 2014 Emmy Awards turned out to be pretty darn fantastic. Those Matthew McConaughey jabs were spot on, and Seth Meyers did one heck of a hosting job. High-fives, everybody!

The big winners of the night were, of course, the folks at Breaking Bad and Modern Family, but Jim Parsons receives a special shout-out for winning an Emmy for the fourth time for his role on The Big Bang Theory. The Normal Heart grabbed an Emmy for Outstanding Television Movie, which is phenomenal, as did Fargo for Outstanding Miniseries.

Now, instead of recounting the entire ceremony and tearing it to shreds, we decided to compress it into a succinct little list of best moments. That way you’ll be filled with happiness and awesomeness. So let’s do this! 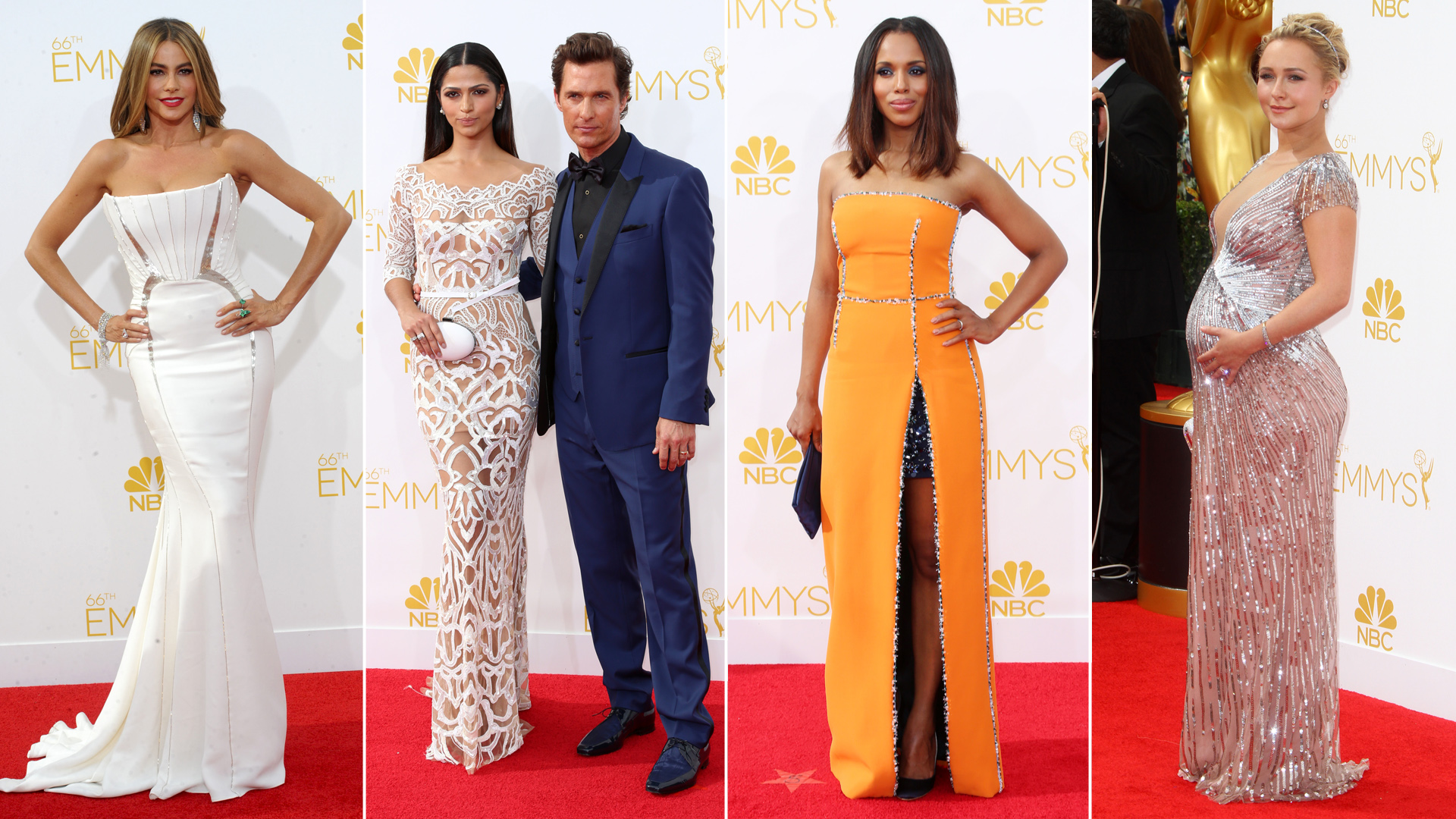 No award show is complete without a best-dressed list — come on. There were a lot of beautiful people at this year’s ceremony, but we narrowed it down to these folks. We have Sofia Vergara in Roberto Cavalli looking amazing, Camila Alves and Matthew McConaughey (le drool), Kerry Washington looking great in orange and the very pregnant Hayden Panettiere glowing like a light bulb in Lorena Sarbu.

Celebrities need to express their excitement and gratitude too sometimes, so we’ve sifted through and picked out the best tweets just for you.

After a hilarious quip between the two actors earlier in the show, Bryan Cranston initiated a mega make-out session with Julia Louis-Dreyfus when she was awarded the Best Actress in a Comedy Series Emmy. It was epic.

Courtesy of Mashable / Tumblr and NBC

And reminded us — and Julia — that Cranston was also on Seinfeld almost two decades ago.

Courtesy of Mashable / Tumblr and NBC

Which TV show is the most tweeted about this year? >> 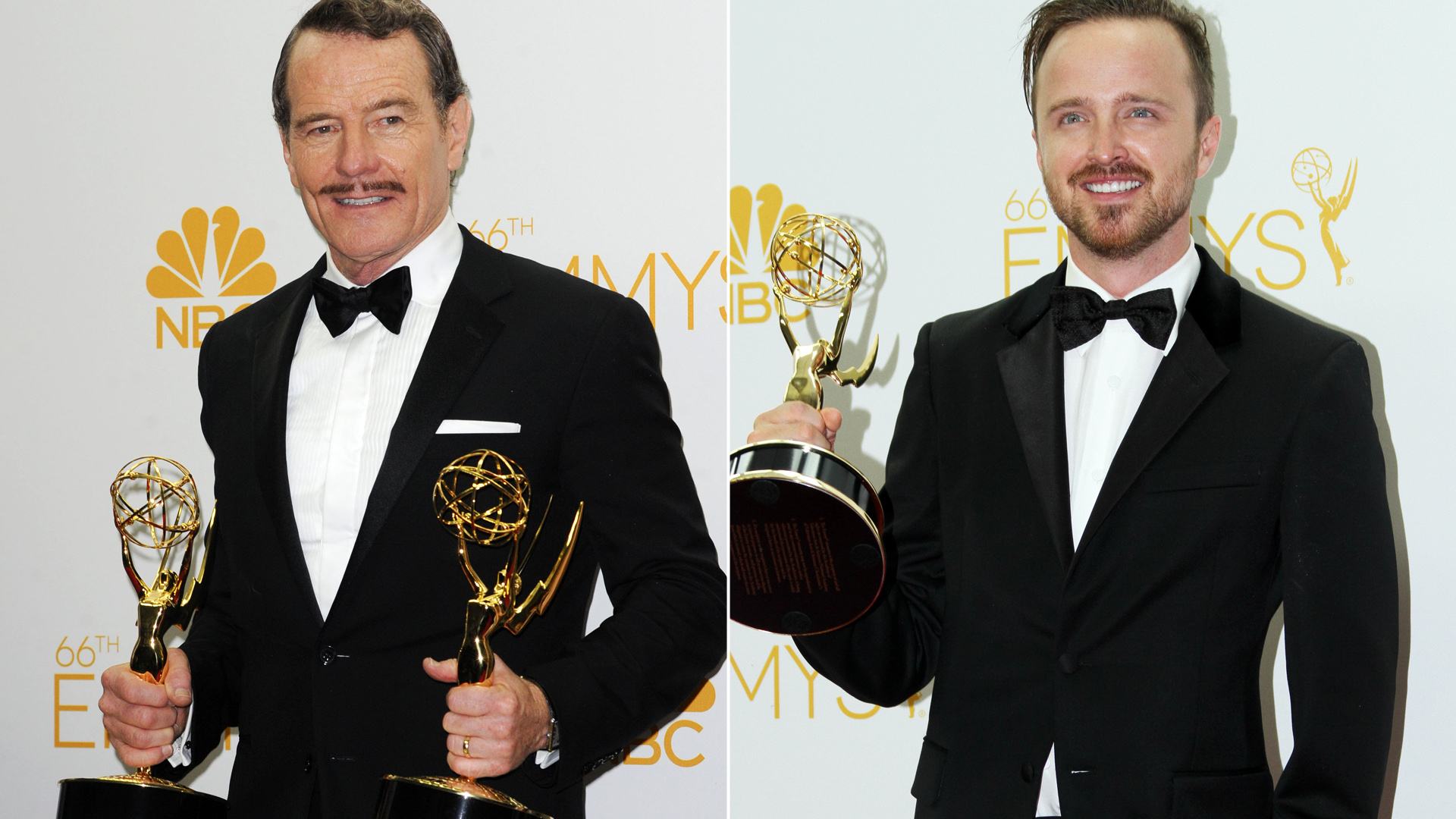 We are obviously very happy about all the awards Breaking Bad reeled in at the Emmys. After being ignored for years, it was nice to see the show receive the recognition it truly deserves. Plus, Aaron Paul is hot. Yeah, b****!

What was your favourite moment at the Emmys? What about your least favourite?

Stop, drop and watch Love Is Strange immediately
Parks and Rec Season 6 gag reel is a beautiful tropical fish
Johnny Depp (and his daughter) to star in a Canada-themed film