He’s the handsome One Direction singer with lovely hair and a list of ex-girlfriends as long as Miley Cyrus’ new dreadlocks — and any celebrity he hasn’t dated seems to be his BFF. How does Harry Styles find the time to hang out with all these famous people? 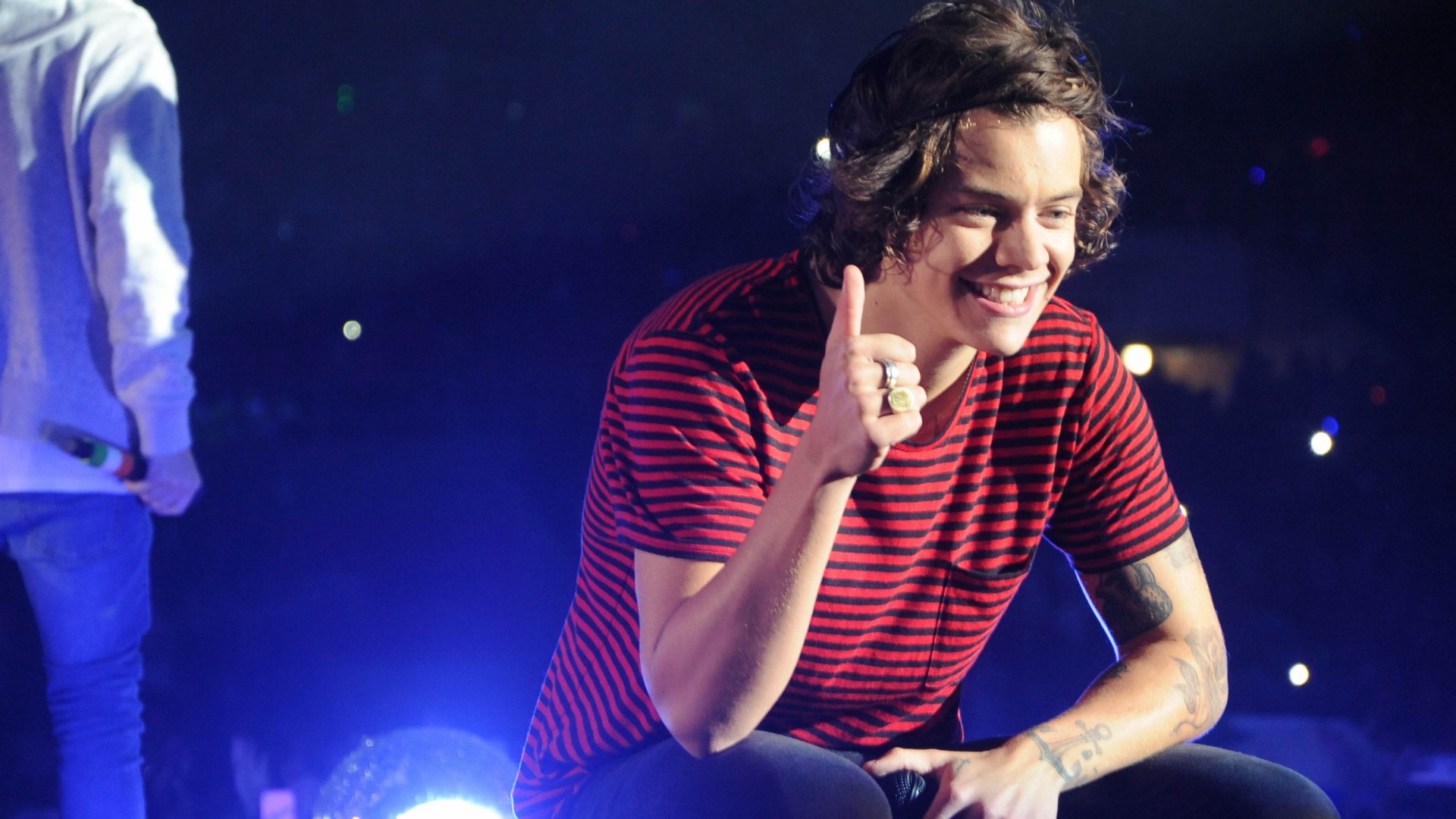 Harry Styles could give lessons on how to make friends. People just seem to be drawn to him like flies to honey. Is nobody immune to Harry’s powers of attraction?

Harry took a break from his One Direction “Where We Are Tour” last week to let off some steam with Cindy Crawford and Rande Gerber’s son Presley, 15, this week. He joined the family at their rustic Gerber Point Lodge in Ontario and indulged in a spot of cliff diving with his teenage buddy.

Harry returned the favour by inviting Presley, his sister Kaia — who turns 13 next month — and Rande backstage at the 1D concert at Toronto’s Rogers Centre on Saturday. Showing he’s down with the kids, Rande posted this pic to his Instagram account, ensuring that his children became the envy of teenage 1D fans the world over.

Not just a notch on Harry’s bed post, Kendall has remained friends with her former beau, despite their splitting up in February 2014 after a three-month relationship, citing that old bugbear of all celeb romances: “work commitments.” The gorgeous pair first met in Los Angeles in November 2013 and confirmed their relationship with a skiing vacation over the Christmas break. After they split up, rumours surfaced that Kendall was devastated, but she seems to have gotten over her heartbreak enough to enter the friend zone and was spotted with Harry in New York last month.

Unlike Harry’s other famous friends, Kendall isn’t as keen to share pics of the two of them on her Instagram page, so here’s a pic of her looking awesome.

Harry’s well known for his bromances, but it’s a brave guy who comes between him and fellow singer Ed Sheeran. (Take note, Zach Braff…) Of their friendship, Ed says: “It blew up for One Direction in the September of 2011, and my single came out in the June. We had five months of hanging out in normality before it exploded. We are both anchors for each other [now].” Aw. Too cute.

Harry even let Ed tattoo a padlock on his arm, although he’s since said that it’s one of his 40-plus tattoos that he regrets. We’re sure their friendship is strong enough that Ed doesn’t take it personally.

Zach Braff recently opened up about his bromance with Harry during an interview with Andy Cohen. The Scrubs star appeared on Watch What Happens Live with his Wish I Was Here co-star, Kate Hudson, when a viewer asked him about his friendship with the British pop star. Zach revealed that he met Harry through mutual friends, and became close. Andy then asked Zach, “How long did you guys date?” to which Zach deadpanned, “Until I came.”

We can’t wait to see who Harry makes friends with next.

How to look like a total badass like Bradley Cooper
OK, can someone punch Justin Bieber already?
OK, Chris Pratt is officially the hottest man ever