Justin Bieber is really ticking the world off right now. There is a huge movement on the internet aiming to get someone to finally and properly punch the singer right in the kisser.

The world has clearly spoken on this issue, people. Our society wants to see Justin Bieber punched in the face and they don’t mind if Orlando Bloom is the one swinging that punch. What can you do? It’s a democracy.

The scuffle between the two stars on Wednesday has sent the internet into a frenzy of speculation and jubilation, with the general consensus siding with Bloom. The circumstances leading up to the “fight” remain murky; all we know is the actor attempted to hit Bieber, but missed — much to the dismay of millions.

Justin Bieber hooking up with Adriana Lima freaks us out >>

We didn’t really want to choose sides in this conflict. After all, we don’t condone violence, plus Bieber is Canadian, very young and aggressively brash. Of course, then the 20-year-old pop singer posted a photo of Bloom’s soon-to-be ex-wife Miranda Kerr on his Instagram shortly after the fracas, which was just totally not cool. But that’s not even the worst part. In the midst of the worldwide mishegoss and discussion of the incident, Bieber went ahead and Instagrammed a shot of Orlando seemingly crying. What the hay, man? This guy is not even trying to appear like anything less than a complete d-bag. 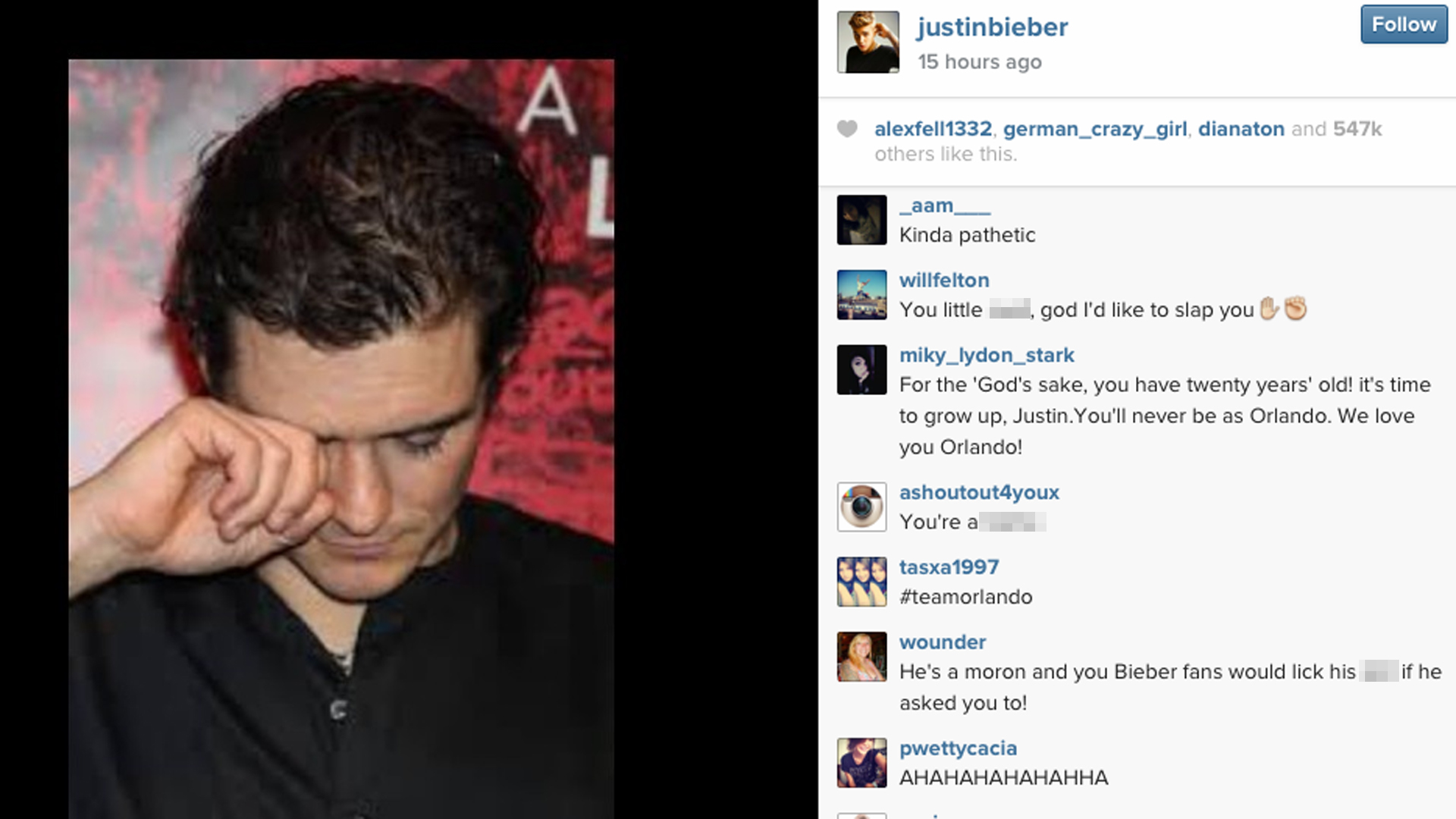 Obviously, we can’t really defend his honour anymore. Now, all we want is to choose a champion of the people to meet the smug little turd in battle… Can we hold try-outs? We’re sure plenty will come forth to stand up for what is right. We feel as if Bieber’s supporters are now vastly outnumbered by those willing to slap the eyebrows off him. Twitter is serving as a pretty accurate indicator of that:

To top it all off, there’s even a petition on Change.org aiming to convince the White House to declare July 29 the “National Orlando Bloom Day” to honour the actor for feeding “the Pop Music miscreant Justin Bieber a knuckle-sandwich on behalf of the entire civilized world.” Clearly, the people have spoken.

5 New nicknames for Justin Bieber and his super-buff bod >>

Now, we’re eternal optimists and we still think Bieber can turn it all around. He still has a chance to purge the douchebaggery out of his system and become an upstanding citizen of humanity. We belieb. If he gets punched in the face or tripped before his epiphany though, we don’t mind.

Justin Bieber vs. Orlando Bloom: Who would win in a fight?
Why this Ariana Grande parody will have us rubbing on that SPF
OK, Chris Pratt is officially the hottest man ever