Since Sarah Palin launched her own network to spread unfiltered news and connect with her followers, we want Stephen Harper to follow suit.

Listen, the world is a wacky place and now Sarah Palin has her very own channel. It’s time to move to a different planet, we hear ya.

The former Governor of Alaska launched her own subscription-based online network on Sunday, aiming to directly connect her followers to “unfiltered” news and Palin’s own views. The Sarah Palin Channel promises to cover issues mainstream media doesn’t talk about, to shed all filters, to share ideas “Washington doesn’t want you to hear,” to hold frequent video chats with the politician’s followers, to give the viewer an inside look into Palin’s personal life and to encourage you to live “vibrantly, purposefully and boldly.” So, it’s like TLC, HGTV and BBC wrapped into a single network.

Now, whether or not you want to sign up for this online channel is your call, but Palin may be on to something here. Now, we want Stephen Harper to launch his own network, because why not? If Palin can have one, why can’t the Prime Minister of Canada? We understand, they’re completely different political fish, but we really don’t want an inside peek into anyone else’s life… except Justin Trudeau, but in our dreams, that would be an adult show. 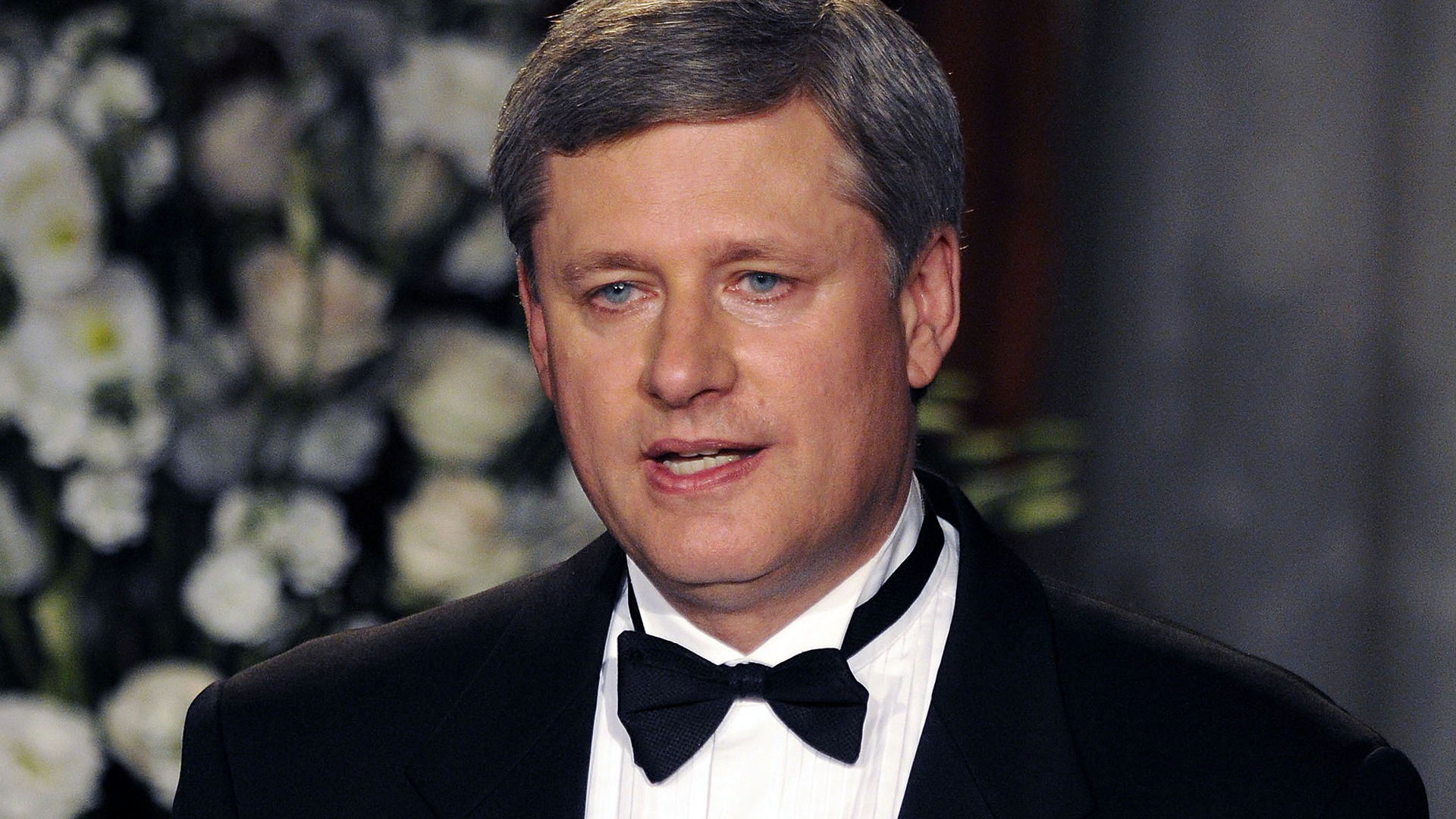 So, on the Stephen Harper Channel the tagline would be “Live musically, conservatively and un-environmentally,” because it’s Stephen. The news could cover all issues currently going on in the world except oil-rigging, environmental plundering and anything concerning the Liberals. The viewers could also get the inside scoop from the Harper household, piano lessons with Stephen himself and hold video chats with the Prime Minister. Is this a great idea or is this a great idea, eh?

In all seriousness, we want full credit if this network is ever launched. So, will you be signing up for the Sarah Palin Channel? Do you think Harper should have his own network too?

If you love Hilary Duff, mark your calendars for July 29
Why this Ariana Grande parody will have us rubbing on that SPF
Nick Jonas’ new single “Chains” is all grown up