Oh, the horror. The horror! Tuesday was a dark day for Brazil, which lost 7-1 against Germany and shocked the entire world to its very core. What happened?

It started so well. Brazil just wanted to win the World Cup on home soil for the very first time, but then Germany came along and it was all over. So quickly. So badly. Oh, it hurts so darn much… Hold us!

Tuesday’s 7-1 loss to Germany can barely even qualify as a match. It was rather a very long session of utter humiliation from Brazil in front of 58,000 fans. It left the nation in shambles, rocking back and forth, crying and softly whispering, “I didn’t see that coming.” Nobody did, Brazil. Nobody did. 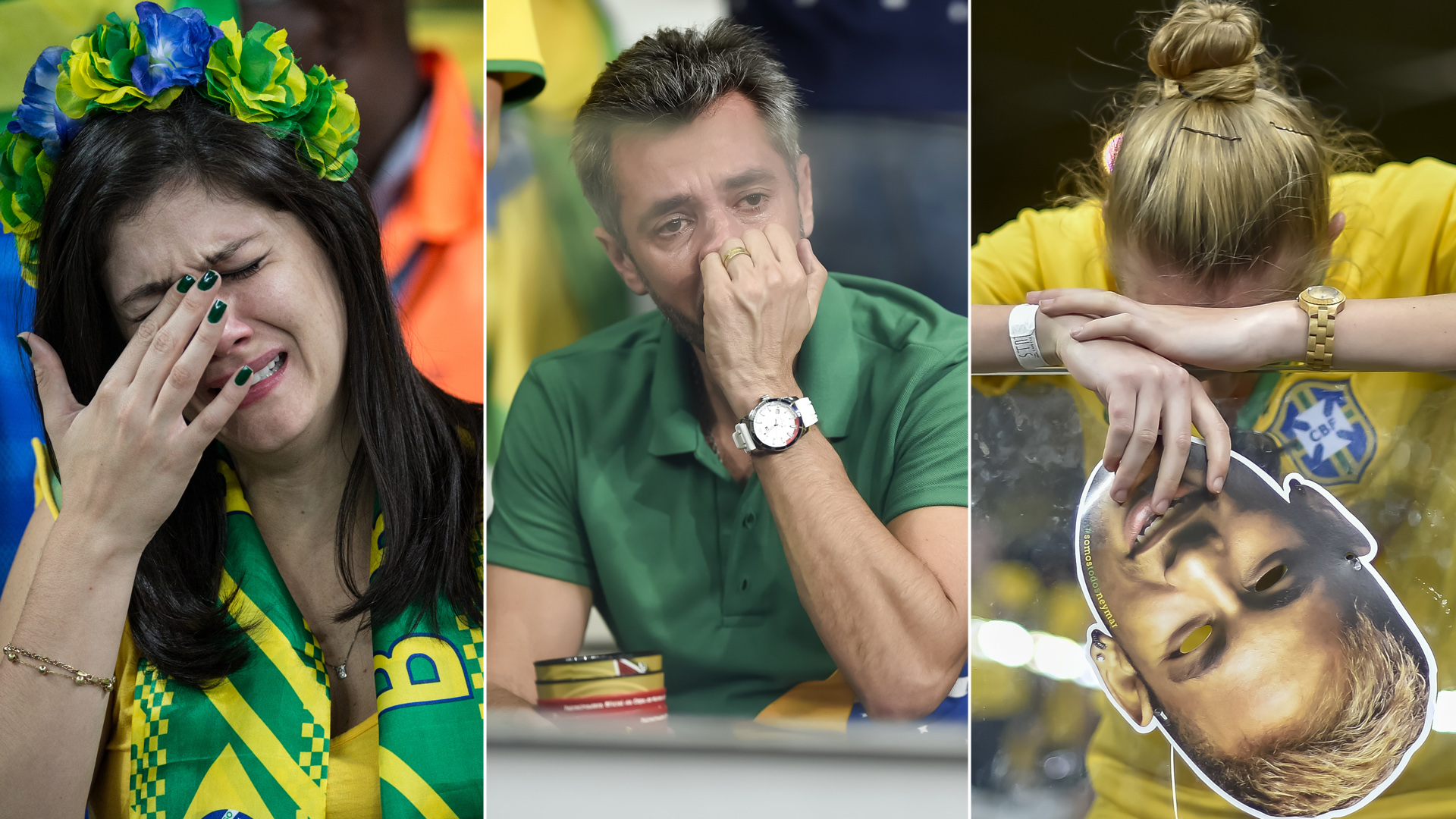 Brazil has not allowed over four goals to slip through their fingers since 1954, yet they managed to become the first team in history to give up seven in the World Cup semi-final. How did that happen? We are as gobsmacked as you must be.

To add insult to the injury, the internet has gone coconuts over the Brazil vs. Germany match (which is currently trending worldwide). There’s even a brand-new hashtag roaming the streets of social media — #ThingsMoreLikelyThanBrazilWinningTheWorldCup. Oh, it’s real. While we wish we could say that our elevated state of being would never relish in the epic loss of such a hopeful nation… That would be a big, fat lie. We’re horrible human beings and we are going to share some of these cruel tweets with you. Because if we’re going down, we’re taking everybody with us. Sorry, Brazil.

Well, this is more likely

This is pretty much how the whole world felt

Should have used Plan B

We can only hope that Brazil will use this embarrassing loss as a motivator to emerge from the ashes like a glorious phoenix of soccer godliness. Now, if you don’t mind, we’re going to go and grab a schnitzel with the German fans.

How to get Harrison Ford back on the set of Star Wars
Have you seen Lance Bass’ bright blue hair yet?
8 Things we learned about our favourite characters from J.K. Rowling’s new Harry Potter story