Miley Cyrus has done it again, y’all! The singer introduced the world to a brand new stage prop at her concert at the G-A-Y club in London — a big blow-up penis!

Once upon a time there was a 21-year-old singer with a cute, blond do named Miley Cyrus, who decided to take her concert visuals to a whole new level of not-safe-for-work by inviting a ginormous, inflatable penis onto the stage at London’s G-A-Y club on Friday. At least it wasn’t a piñata, right fellas?

Miley Cyrus’ Bangerz tour: Should it be axed? >>

Ms. Cyrus’ show featured a vast variety of phallic-shaped goodies that evening, like a male genitalia-shaped cake bestowed upon a member of her crew, a blow-up doll with a prominent thingamabob and, of course, the monstrous floating penis, which Miley used to help her perform unspeakable things. And by unspeakable, we mean we’ll just show you photos, since we haven’t the vernacular to describe them as vividly. Let us begin our story, shall we? 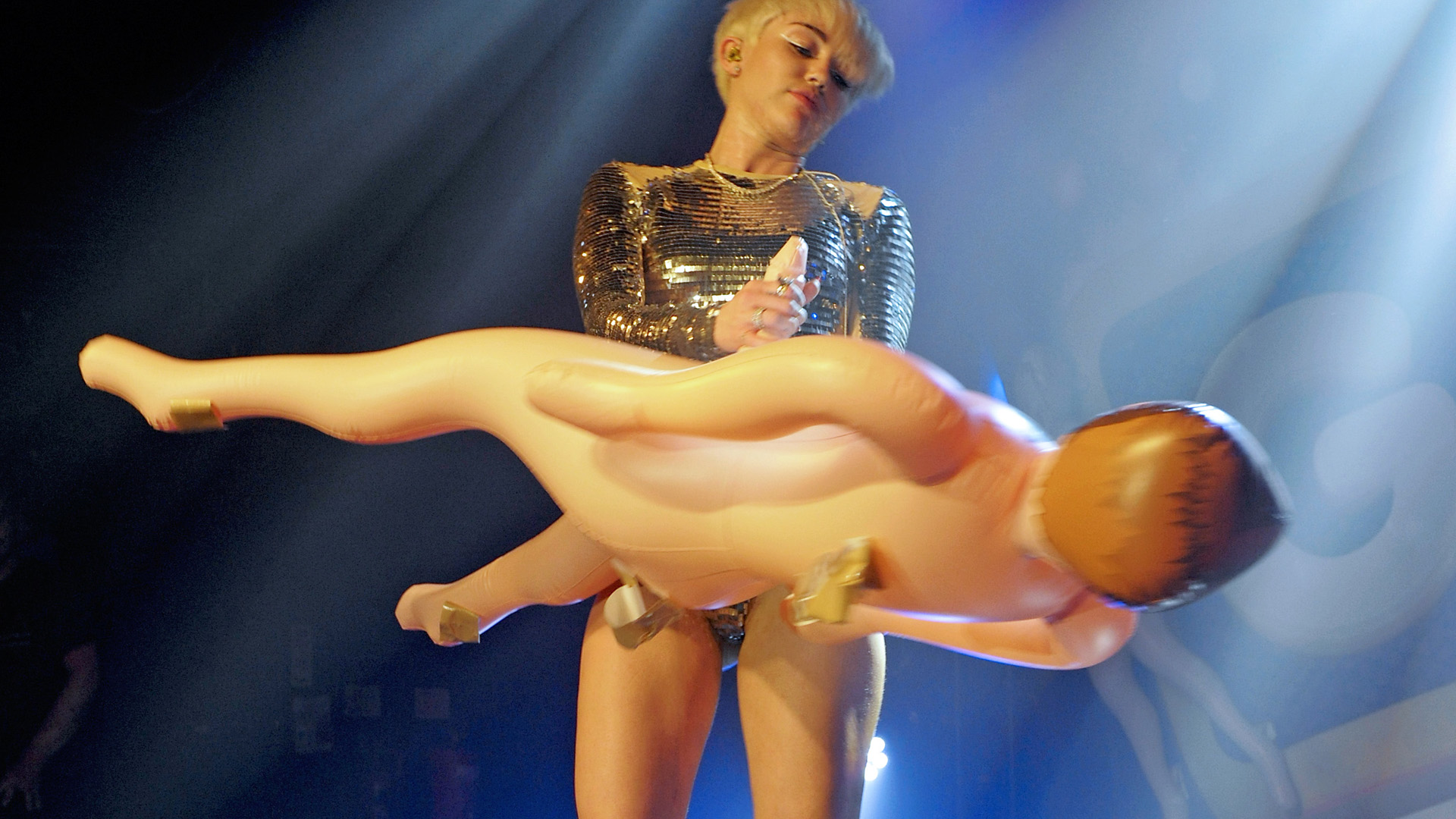 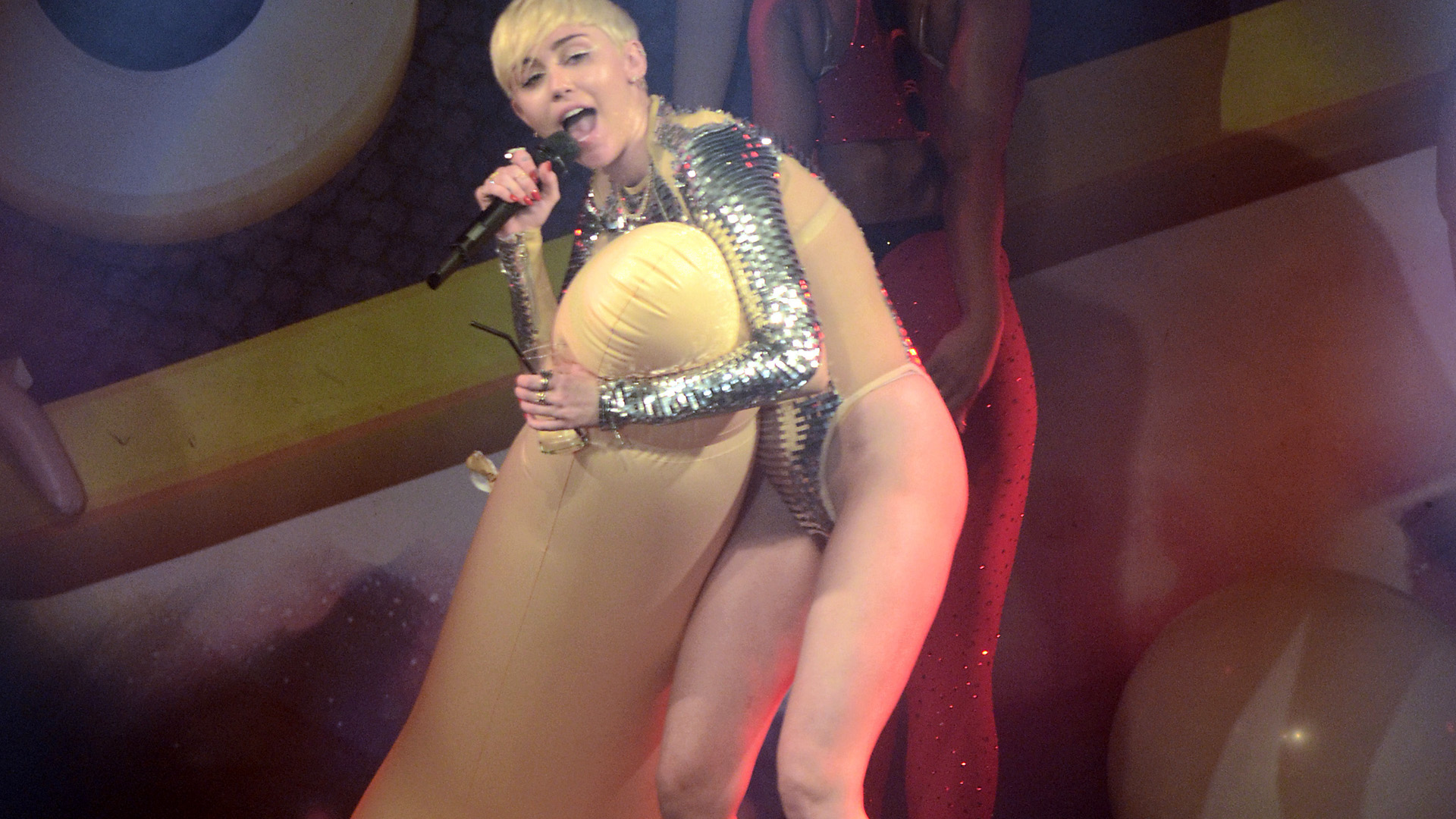 And then there were three: Miley Cyrus kisses another fan! >>

Obviously Miley had to embrace, straddle and lick… 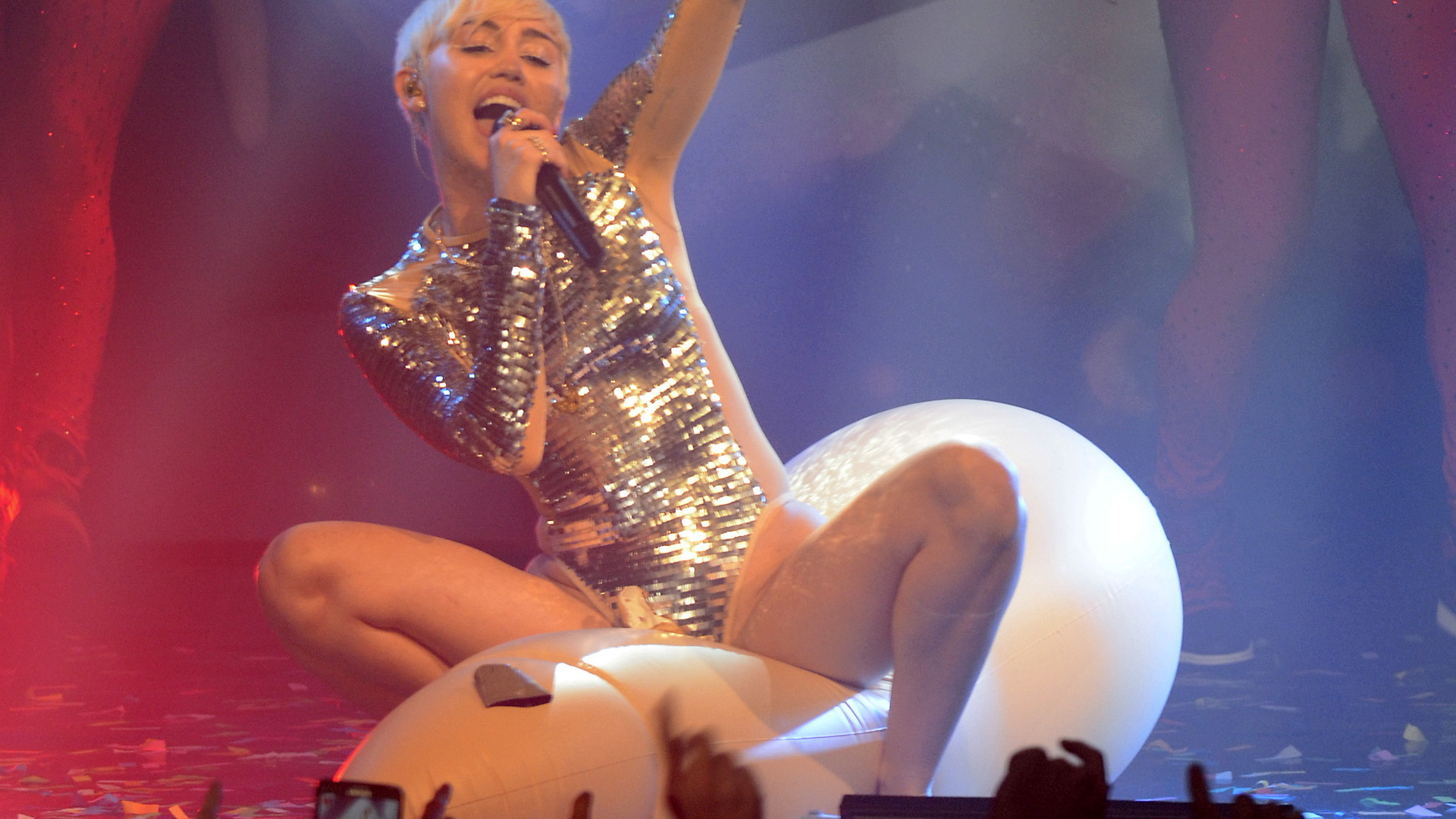 That huge, ginormous… ahem. The end!

You are so welcome. So tell us, is Miley taking it too far with the inflatable penis, or is it getting a little old now? Would you invest to see that kind of show? Don’t be shy, let us know!