If ever you are in a tricky situation at work or have wronged your superiors, look to Toronto’s mayor Rob Ford for some sound advice on how to best wriggle your way out of it. 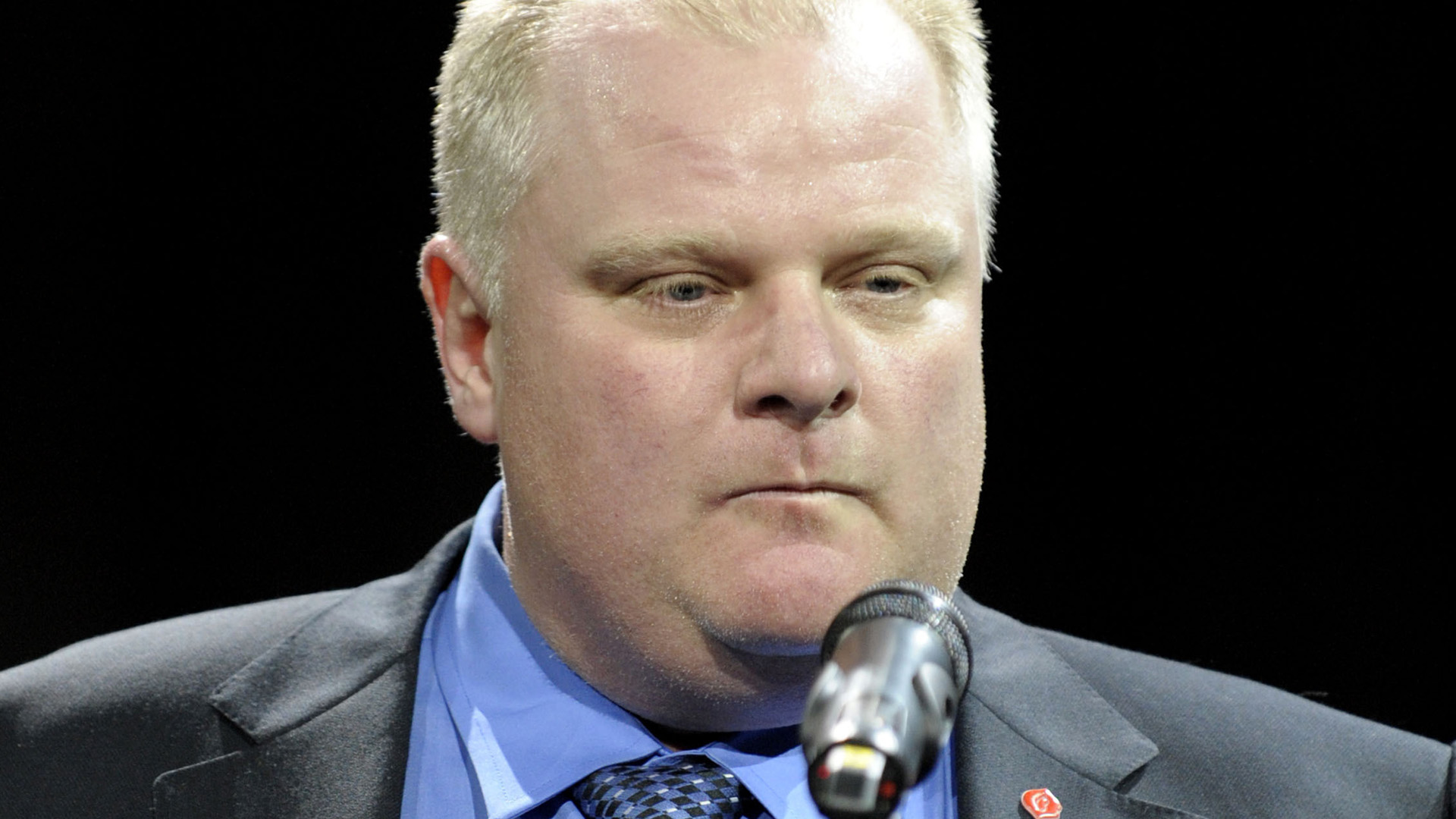 Toronto mayor Rob Ford is just such a mystery to us. He assumed office in 2010 and since then has managed to be involved in more scandals than Bill Clinton, without keeping even an ounce of his original likeability. Way to go!

At first Ford kept his scandalous ways on the hush-hush — secluded only to Toronto’s internal politics — but he managed to gain worldwide fame in 2013 when he was caught smoking crack cocaine. From then on it was just a tango of denial and a slew of ridiculously hilarious quotes, until Ford (finally) allegedly entered rehab at the beginning of May. Except nobody knows which rehab centre, where it is or if it’s actually true. Oh well!

Why do we love Audrey Hepburn so much? >>

While Ford might not be a fantastic example of a responsible political figure, he is a master of word tossing and has used this skill to get out of many a scandal. And we mean many. So let’s take the good with the bad and reuse Rob Ford’s philosophy to get out of any sticky situation at our work. If the mayor can do it, why can’t we?

1. Being late for work

OK, so next time you’re running a little late because the subway is broken (again) or you’re stuck in traffic, don’t sweat it — you have an excuse. Walk into work like a rock star and simply say, “I’m so f****** sick of politics, dude.” Boom! You’re off the hook.

So you rummage through the work fridge and notice someone brought a delicious-looking lasagna — and then you ate it. You ate it all. What to do? Well, if anybody asks, you were in one of your “drunken stupors.”

If you party a little too hard one fine weekend and happen to stumble into your office still smelling like gin, fear not! Maintain your composure to the best of your ability, and simply repeat this line, “I do not drink, nor am I an addict of alcohol.” Done!

4. Forgetting to complete an important task

Your boss specifically requests that you submit the report on the Simmons case by Monday morning, but you kind of, maybe, sort of forgot all about it. So Monday morning rolls around, and your boss is furious. Don’t worry, you can handle it Rob Ford style. When the going gets tough, you just have to admit you are seeking treatment at an unspecified facility for your problem. No one will ever know if it’s true or not.

Please do test these out and let us know the rate of success of this fine advice. We will not be held accountable for any jobs lost.