Avril Lavigne’s latest music video for “Hello Kitty” is getting quite a bit of attention but for all the wrong reasons. The video has been declared “racist,” but we’re not sure we agree. 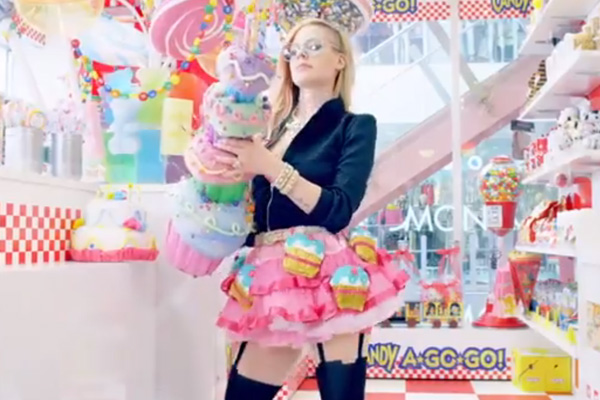 OK, we’re pretty sure most people have heard about the new Avril Lavigne music video for “Hello Kitty,” in which the songstress is dressed like a confectionary good and frolics through Tokyo to some rather obnoxious dubstep. It is now being publicly labelled as “offensive,” “racist,” “embarrassing” and “worst video ever made.” Is it, though? Before we proceed, please watch it below (as much as you can handle, at least):

True, it’s not the greatest. The video prompted quite an outrage from fans and received some scathing reviews from Billboard, The Guardian and The Independent. With the latter two being very respectable publications, we assume it means Lavigne has made a big boo-boo. Are they overreacting or right on the money?

Sure, the video is tacky, unoriginal, maybe even awful, but is it actually racist? Lavigne’s most loyal fan base remains in Japan, where her albums are still receiving attention despite their being swept under the rug in the rest of the world. According to the singer, the video was filmed in Tokyo with her Japanese label, a Japanese director and a Japanese choreographer. It was supposed to be her love letter to the country and her fans.

While the video might seem over the top to us, it’s actually quite tame compared to some of the videos released by Japanese musicians. Don’t believe us? Here’s a funky music video by Kyary Pamyu Pamyu, which has over 63 million views. Enjoy:

Makes Lavigne’s video look like security footage of a library, eh? Perhaps it was not the best execution, but deep inside the singer likely meant well.

Here is where things fall apart, though. Lavigne may have indeed created this video from a sunny, loving place, but why did she have to exploit the most overused elements of modern Japanese culture? We have cutesy Harajuku-style clothes, emotionless backup dancers, sake, sushi… We can definitely see why so many fans were offended.

Still, we would hardly qualify it as racism; it’s more a failed attempt at a tribute to the wonderful country of Japan. But because it was so offensive to our eyeballs and our ears, it’s hard to believe that it might just be a poorly slapped together music video and not an El Dorado of racial misappropriation. Lavigne’s out-of-sync mouthing of the lyrics may attest to that.

What do you think? Is the video racist or not?

What the internet thinks of Daniel Franzese’s coming out
Check out Robert De Niro’s first Vine video!
Patrick Stewart and Ian McKellen are the cutest BFFs ever!