As if we didn’t idolize Miranda Kerr enough, we have more reason now. The Victoria’s Secret model has collaborated with Bobby Fox on her very first debut single. 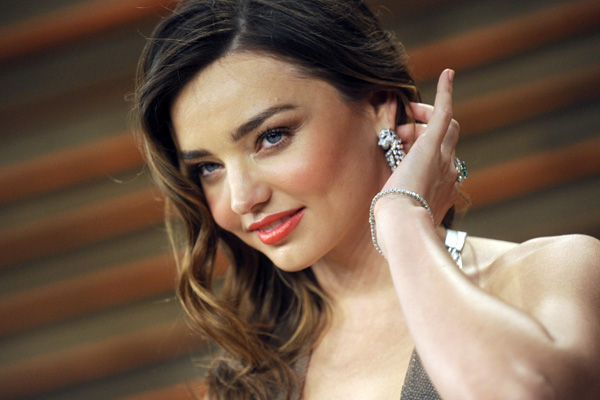 If there was even an ounce of justice in the world, Miranda Kerr would just be a demi-godly pretty girl, and that’s it. But no, she’s also very sweet, positive, sports a cute Australian accent and — it turns out — she can sing! We officially give up.

The 31-year-old Victoria’s Secret model has made her singing debut on Irish singer Bobby Fox’s cover of Elvis Presley’s “You’re the Boss.” The single is going to appear on Bobby’s first record, The Fantastic Mr. Fox.

So, what does Miranda Kerr’s singing voice sound like? It sounds exactly the way she looks when she walks down the Victoria’s Secret runway in five-inch stilettos — sexy, flirtatious and half-naked. Don’t believe us? Check it out for yourself:

Wasn’t our description spot on? Now, we don’t know if this is the beginning of something beautiful and we should be expecting an album from Kerr sometime in the future. She has never really voiced an interest in making music. . . but just imagine! She’d be an unstoppable force of awesome.

Check out Robert De Niro’s first Vine video!
Patrick Stewart and Ian McKellen are the cutest BFFs ever!
Would you like a date with Brad Pitt?