After hearing about the I Wanna Marry Harry reality TV series, we were inspired to dig up some of the silliest and strangest premises for shows ever. 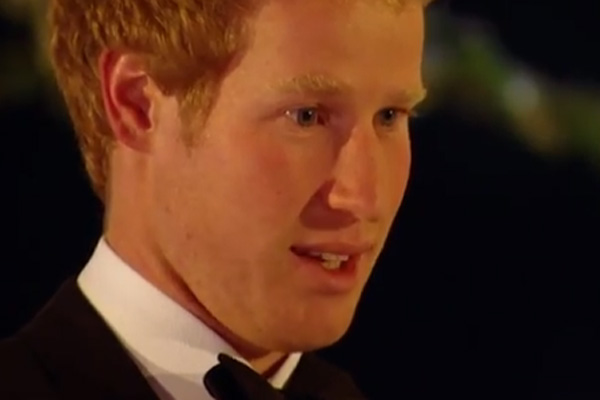 Well, we may have found the most degrading and cruel reality show ever. FOX is putting out a brand new series titled I Wanna Marry Harry, which entails young women signing up for a prospect of marrying the hunky British prince, except he is actually played by Matthew Hicks, and the whole show is a giant hoax. Oh my…

The creators of the show must have gone to great lengths to find a fella who resembles Prince Harry (with that posh accent!), since none of the “contestants” on the show seem to catch on that he is a fraud. We’re assuming the last lady standing will be let in on the joke and then will walk away in shambles. Reality television at its finest. Watch the enchanting promo below:

www.youtube.com/embed/A4Xgo5HKrrA
Inspired by this great television tour de force, we’ve assembled a couple of other reality series that blow our minds with the ludicrousness of their premise. Don’t be so quick to judge these shows, though. Millions tune in to watch them every year.

7 Lessons we learned from The Matrix >>

Basically the premise of this show is that seven slightly aggressive women with behavioural problems are clumped together in a luxurious mansion. That’s it. They drink, get drunk and fight. The viewer gets to cheer them on the whole time.

This show is a TLC jewel and is incredibly popular. The show follows the contestants of child beauty pageants through the pressure, the tantrums and the disappointment. We’re not fans, since it sets a very unrealistic and degrading standard for young women.

Guess who almost beat James Van Der Beek for the role of Dawson! >>

This show was based a dating-type reality series, except all the male contestants wore creepy metal masks, so the leading lady could choose her love based only on personality. It was essentially our worst nightmare — being surrounded by men dressed as psychotic serial killers.

This one is the best. Brides-to-be compete in wedding-related challenges for a chance to win free plastic surgery — which is every woman’s dream, really. The tagline of the show was, “The only competition where the winner gets cut.” Classic.

I Wanna Marry Harry premieres on FOX on May 27, so mark it in your calendars, people! Any other shows out there that deserve to be on this list?

More on movies and TV shows