Oh, our hearts! Billy Joel melted our insides when he decided to accept an invitation from Deasy Elementary School to attend a tribute concert. 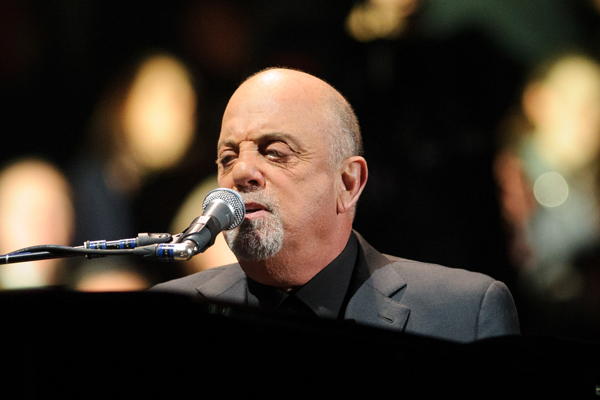 There are very few people in the world (babies exempt) who can turn our hearts into tiny little piles of goo, but darn it, Billy Joel did it.

A Long Island elementary school extended an invitation to the 64-year-old singer to attend its “River of Dreams” tribute concert on Wednesday — performed by kindergarteners and first- and second-graders — but the staff probably did not expect Joel to actually show up. Lo and behold! The Piano Man rolled into the parking lot of Deasy Elementary School in Glen Cove on his motorcycle and quietly sat in the audience through the entire performance. How amazing is that?

The great thing about this is that he really didn’t have to do it. Joel must receive countless invitations, but he showed up anyway and didn’t make a fuss about it. Per Newsday, Joel even chose to sit out of sight so the children would not get nervous. Are you a pathetic mess of emotions yet? Because we sure are.

Needless to say, the school, the kids and the parents were thrilled by his surprise appearance. It was really a once-in-a-lifetime opportunity and probably meant a lot to the little ones.

We’re so emotional right now… Billy Joel is hands-down our favourite celebrity in the world right now for being so humble and incredible. How many musicians would actually take the time to attend a tribute concert (not for a publicity boost)? What do you think?

Oh my! This Leighton Meester Fleetwood Mac cover is divine
3 Reasons why you should go to the 2014 Ottawa Bluesfest
5 Picks from Gwyneth Paltrow’s “Spring Mix” playlist