If you’ve watched an episode of the hit show Orphan Black, then you’ve certainly been blown away by leading lady Tatiana Maslany’s ability to brilliantly capture an ever-growing number of genetically identical but fundamentally different women. 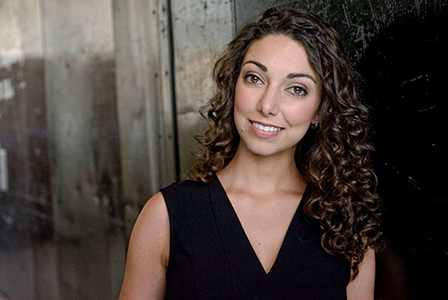 What you might not know, however, is that while we, as the audience, see Maslany looking into the eyes of another version of herself, behind the scenes she is often actually looking at her acting double, Kathryn Alexandre. Sound confusing? Let’s let the professionals explain it for you in this helpful video:

Still not sure it all makes sense? Well, fortunately the lovely Kathryn Alexandre is here to clear everything up for us and share her thoughts on being part of such an incredible show.

SheKnows Canada: As Tatiana Maslany’s acting double, what is your role on the set?

Kathryn Alexandre: I’m there to aid Tatiana and the crew when filming scenes where Tatiana is two or more characters in a scene. I am in the hair and wardrobe of one of her characters, and we play the scene together — with me acting Alison, [for example], and Tatiana as Sarah — so that she has an actor to work with and doesn’t have to work off of just eye lines. The crew can therefore see what the whole scene will look like. They shoot over my shoulder for Tatiana’s coverage, so when you see the back of one character and Tatiana speaking to that character, that’s my back. Then we swap characters, and we do the whole scene over.

SK: Orphan Black has had only one season so far, but it’s already gained great popularity and plenty of fans. What has it been like to be a part of the series from the beginning?

KA: It’s been great! It was really cool to film the first season not knowing how the show would be received and then seeing how well it was received by critics and fans. The fans of this show — a.k.a. the “Clone Club” — are really something special. I don’t think any of us could have imagined how dedicated and excited the fans would be. There’s so much great fan art out there too! Season two was a lot of fun to film because there was that knowledge that we had a recipe that worked, and the next step was to shake it up even more.

SK: Working opposite an actress like Tatiana Maslany must be an incredible experience. What is the biggest thing you’ve learned from her so far?

KA: It is incredible. She is an incredibly skilled actor and an even more incredible person. I have been so, so lucky to have had the chance to work with her, learn from her and get to know her as a person and friend. I have learned so much, it would take me forever to say it all. I think the most important thing I have learned from her is how to be generous. I watch her be a generous scene partner, where the other person is the most important, and see that great acting occurs when there is absolutely no ego involved. She gives you so much as an actor [that] you can’t help but forget about the fact that you’re acting and there’s a camera in front of you, a boom above your head and lights all around.

I’ve also learned how to be a generous person and star of a show. Tatiana’s dedication, strength, spunk, friendliness and professionalism have infused the entire crew with a love for the show and a standard of working. She knows everyone’s names, says hello to everyone regardless of where they are on the so-called totem pole, is always kind and professional regardless of how exhausted she is, compliments everyone’s work and has garnered so much respect from everyone that no one would dare slack, because we all want to make the show be the best it can be for Tat[iana]. It’s really special, and she is really special. 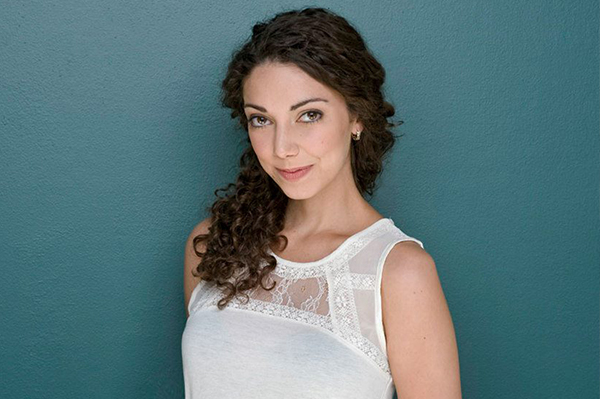 SK: Do you have a favourite clone to play?

KA: They are all so great, it’s so hard to choose. I like them all for different reasons. I get excited to play Alison for sure, because her scenes have a comedic tone to them that is a lot of fun to play in, and Tat has created such a unique physicality and vocal pattern for her, I think anyone could have fun pretending to be Alison. In fact, I think Alison might be the character that you most often see crew members mimicking. And Jordan [Gavaris], who plays Felix — he often has fun improvising as Alison.

SK: Which clone do you find you are most similar to?

KA: I think I have fun being Alison because I am probably most similar to her. I am certainly A-type and love to clean and sew, and Alison’s craft room makes me happy. Though thankfully I’m not as troubled as she is.

SK: Tatiana Maslany recently took you as her “date” to the 2014 Canadian Screen Awards. What was it like to be at such an exciting and important Canadian event?

KA: It was a lot of fun! I don’t think I was nearly as attractive of a date as her boyfriend would have been, but since he was out of the country, she settled for me. It was lovely to be invited by her as she is such a sweetheart. It was a fun show, and it was great to see so many of the actors and television/filmmakers I respect who are working in Canada. It meant a lot to sit among them. It was also wonderful to see Tatiana and the rest of the cast and crew of Orphan Black be awarded for their incredibly hard work.

SK: There are rumours that you’ll be making an appearance as a character on the show this season. Can you tell us about this new role?

KA: Yes, the writers were so kind and wrote me a small part in episode nine. I can’t say much about the character without giving too many secrets away, but it was a lot of fun to work with the cast and crew in a slightly different way that episode.

SK: How will you be celebrating/watching the season two premiere of Orphan Black?

KA: I will probably be with my family and some friends. Last season my family organized a little party for the premiere, and everyone got together to watch the episode. I don’t know how much of the episode we actually heard over the excited chatter, but it was very sweet of them to be excited for me and so supportive. We all had a lot of fun.

Check out the season two trailer below to get a sneak peek of what’s to come. And be sure to catch the new season, which premieres at 9 p.m. on Saturday, April 19.

Hate the How I Met Your Mother ending? Sign this petition
Guess who almost beat out James Van Der Beek for the role of Dawson!
The worst has happened: David Letterman is retiring