After being accused of hitting on a 17-year-old Scottish student, James Franco confirmed the rumours on Live! with Kelly and Michael. We’re not impressed with his behaviour. 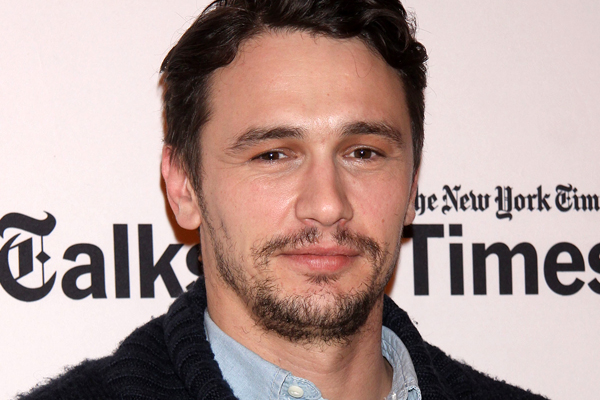 Well, we spot Mr. Pervy McGee over there! Amidst fervent allegations of not only flirting with but inviting a 17-year-old Scottish tourist, Lucy Clode, to a hotel room via Instagram, James Franco has confessed on Live! with Kelly and Michael that he indeed exercised “bad judgment,” thereby obviously confirming the rumours.

“I didn’t want to come on the show and… feel awkward, so uh, yeah. I mean, I guess, you know, I’m embarrassed, and I guess I’m just a model of, you know, how social media is tricky,” the actor stated. “It’s a way people meet each other today. But what I’ve learned, I guess, just because I’m new to it, is like, you don’t know who’s on the other end. You meet somebody in person, and you get a feel for them, but you don’t know who you’re talking to and… You know? So I used bad judgment. I learned my lesson.”

Clode met Franco during her trip to New York City, after his performance in Broadway’s Of Mice and Men — which served as her early 18th birthday present — and shared a video of the actor on Instagram. Shortly after, Franco requested to be personally tagged in the video and began a very frank conversation with Clode on the social media website, asking her to meet him and even offering to rent a hotel room for their rendezvous. Taken aback, Clode obviously did not oblige and shared the conversation online. But it was widely called into question until Franco confirmed the rumours in the interview.

“Unfortunately in my position, I mean… I have a very good life, but not only do I have to go through the embarrassing kind of rituals of kind of meeting someone, sometimes if I do that, then it gets, you know, published for the world. So now, you know, it’s like, doubly embarrassing,” Franco told Kelly.

While we understand the human aspect of this whole situation and how “it could happen to anybody,” we can hardly blame Franco’s celebrityhood for this uncomfortable situation. We doubt many individuals would look favourably upon a 35-year-old hitting on a 17-year-old, regardless of his or her status. It may have even been a blessing for this to have happened through a social media website — Franco would have come off a bit creepier if this conversation had been documented in a video.

We think Franco owes Ms. Clode an apology for clearly taking advantage of his fame to pressure her to meet him and then employing his celebrity status as an excuse for questionable behaviour. Not on our watch, mister!

What do you think of this situation? Let us know in the comments.