Well, this is a bummer. David Letterman has announced his imminent retirement in 2015, and now the sun doesn’t shine. The television show host announced the news on Thursday. 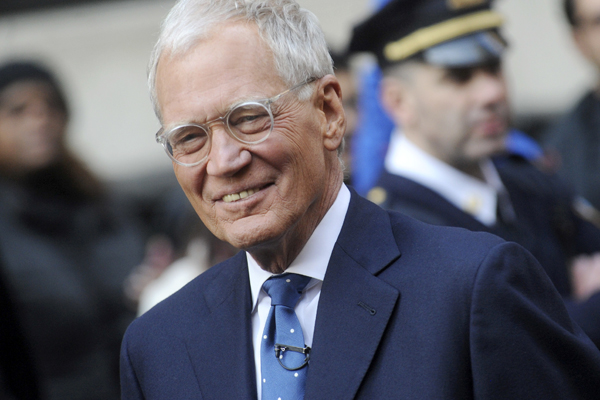 It’s really strange when something seemingly constant comes to an end, but it happens. Although it seems unimaginable, David Letterman is retiring in 2015 after an incredible 33 years as a talk show host. Just let it sink in for a moment…

Letterman announced the news on Thursday’s episode of the Late Show and may have shattered our hearts beyond repair. Many of us have grown up watching Letterman interview all kinds of beautiful people, and it seemed like he would never retire. Alas, we were so wrong.

Can you imagine? Letterman devoted 22 years of his life to hosting Late Show with David Letterman — isn’t that crazy? He also previously hosted Late Night for a whopping 11 years. What will happen to television after his retirement? We’re assuming it will just implode.

Another — and equally important — question is what are we going to watch now? Everything is topsy-turvy. First Jay Leno and now Letterman… This is all too apocalyptic for us. But don’t worry; we have a plan.

You can still watch The Ellen DeGeneres Show during the day and then tune in to The Tonight Show with Jimmy Fallon and Late Night with Seth Meyers. If all that fails, we still have Jimmy Kimmel. It’s going to be OK, you guys.

What do you think of Letterman’s retirement? Is it about time? Do you have any favourite interviews or moments from Late Show?