Channing Tatum will be presented with the Trailblazer Award at the 2014 Movie Awards ceremony, and we think it is more than well deserved. 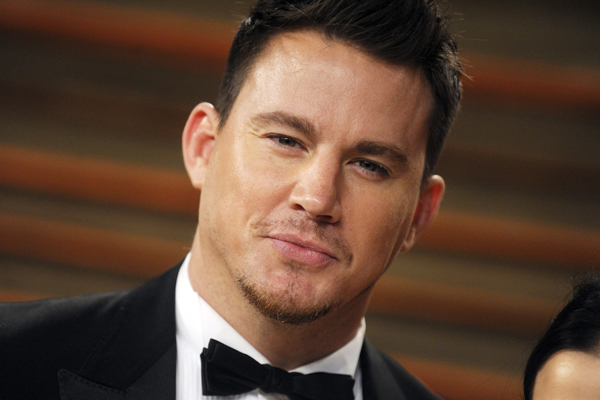 Channing Tatum seems to be an unstoppable force of awesome. The 33-year-old actor is going to receive MTV’s third annual Trailblazer Award during the 2014 Movie Awards ceremony on April 13 for being magical.

“Channing Tatum is the quintessential leading man for the MTV audience,” said the president of MTV, Stephen Friedman, on Wednesday. “He proves that an action hero can have both a quick wit and a large heart. Whether he’s baring his soul in The Vow, his chest in Magic Mike or his humour in 21 Jump Street, Channing proves that by committing everything, you can accomplish anything.”

The Trailblazer Award celebrates a young actor or actress with a varied body of work and positive public image. It was first awarded to Emma Stone in 2012, with Emma Watson picking one up in 2013. Tatum will be presented with the honour by his Jupiter Ascending co-star, Mila Kunis.

We obviously think it is well deserved, and we’ll even tell you why:

As mentioned before, Tatum tried his hand at everything. He danced his butt off in Step Up, tried his comedy skills in 21 Jump Street and can even make us tear up. We don’t know how he does it, but he is a gem.

He makes you want to go to the gym

Have you seen Magic Mike? Man alive, those arms and abs are sculpted. Tatum makes you want to be a better person… Physically. He makes you want to marry your gym membership and exercise until your biceps have biceps.

He is scandal free

He’s clean! Tatum has not been involved in anything crazy — ever. At least as far as we know… The actor has never been accused of cheating or throwing a tantrum. He’s just an average Joe.

He’s a ball of positivity

Channing is so wholesome. He’s married, has a baby and is a sweet family man. He doesn’t jump at paparazzi or make outrageous statements. He’s perfect. Well, nobody is perfect… Except Channing.

Let’s pile on: Why else is Channing Tatum so amazing?

More on TV and movies

Was the How I Met Your Mother finale total bullhockey?
7 Lessons we learned from The Matrix
Guess who almost beat James Van Der Beek for the role of Dawson!