Well, How I Met Your Mother stormed through our lives with a controversial and jaw-dropping finale, leaving them in shambles. What did you think of it? 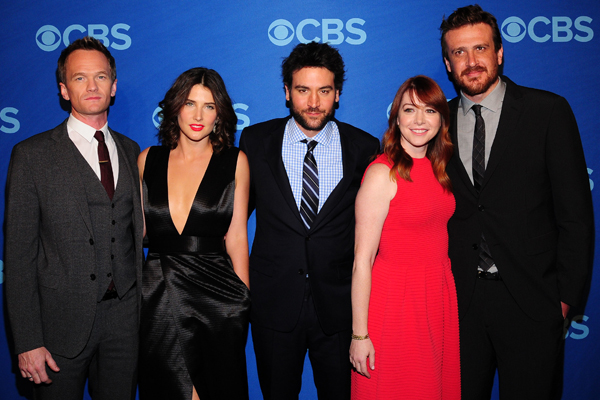 Well, the legendary CBS series How I Met Your Mother has come to an end, and it seems to have pissed off a whole lot of people. What the flip happened?

Now, if you haven’t watched the finale, we suggest you avert your eyes — we don’t want any complaints. The rest of you may proceed.

First of all, we must start with a condolence high-five, as we’re sorry for your loss. Second of all, what the heck happened there? To quickly recap, we’ve been dragged for years through this Barney and Robin romance, only to be thrown into a pit of snakes within the first 10 minutes of the finale when it turns out they divorced. And it also turns out that Barney got one of his one-night stands pregnant and has a daughter. Great balls of fire, that’s just not fair!

The obvious letdown of the episode obviously came from the reveal that The Mother — or Tracy — died (although it was foreshadowed), and the big reveal was that after nearly a decade of storytelling, Barney is still in love with Robin. Again? He is going after Robin again? The show spent all these years building up this incredible Mother character, and in the end he goes for Robin? Brother Tucker…

Unsolicited tips for NPH on how to make the Tonys awesome >>

We may not be able to properly articulate our current state of loathing for the writers of the finale, but these fine folks on Twitter have done a splendid job of doing that. Let the HIMYM bashing begin!

Neil Patrick Harris will host the Tonys for the fourth time >>

We still love the show, but it just seems as if all the major plot lines have been a complete waste or have served as filler to an ending only too predictable. The story ends just as it began, and no one really moved on. Where’s the closure? We need some group therapy…

What did you think of the finale? Sound off in the comments section below.

Guess who almost beat James Van Der Beek for the role of Dawson!
Divergent: How do poorly reviewed films make so much money?
That hair! First look at The Rock as Hercules