Yikes! This is not a great situation. The Colbert Report is being accused of racism after a particularly insensitive tweet was not received as planned. 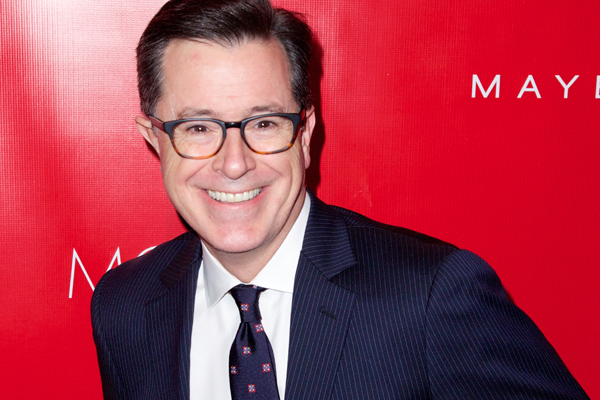 Uh-oh, somebody is in trouble. A tweet from The Colbert Report‘s official account containing a racist joke has not gone over well in Twitterverse. The offending message has since been deleted but read, “I am willing to show #Asian community I care by introducing the Ching-Chong Ding-Dong Foundation for Sensitivity to Orientals or Whatever.”

The missive is a reference to an Asian personage on the show and also alludes to Washington Redskins owner Dan Snyder’s attempt to smooth over controversy surrounding the team’s insensitive name with a new charity venture.

As you can imagine, this tweet did not sit well with many. A new tag, #CancelColbert, is being circulated by the unhappy micro-bloggers seeking justice for the racist remark.

Best moments of Jimmy Fallon’s debut on The Tonight Show >>

Here’s the rub, though: The Colbert Report Twitter account is actually controlled by Comedy Central (which was clarified) and not by Colbert himself or the show. Which means all this anger is misdirected and the person behind the tweet should be held responsible. Don’t blame Colbert!

Stephen Colbert will be in The Hobbit! >>

We’d also like to point out that the purpose of the offensive tweet was to bring attention to the blatant absurdity of Dan Snyder’s actions in regards to the Washington Redskins name, not to actually offend the readers — although it’s clear where the misunderstanding came from. Making an equally offensive tweet to point out the racism in another instance is arguably just as insensitive, but calling for The Colbert Report to be cancelled may have been brash.

What do you think? Was it racist, or are folks overreacting?