The Ottawa Bluesfest 2014 lineup has been announced, and it is looking mighty perfect. With something for everyone, you should definitely go. 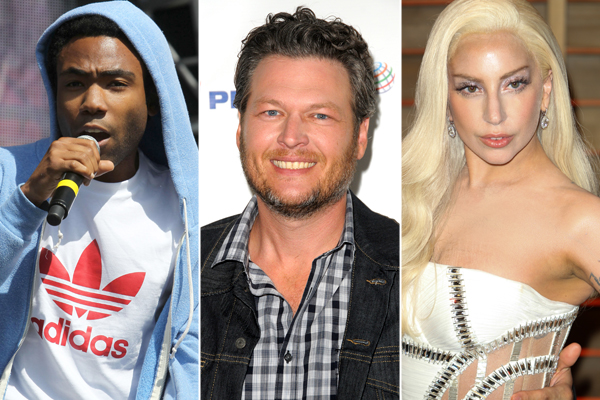 Hold up, hold up! Have you seen the 2014 Ottawa Bluesfest lineup yet? It is the holy grail of all things musical. Seriously, everybody is going to be there.

The annual festival held at LeBreton Flats in Ottawa in July has announced this year’s list of musical guests, and it is better than ever! The organizers — including the brilliant executive director Mark Monahan — have put together the most wholesome lineup we’ve ever seen, and it’s all to commemorate Bluesfest’s 20th anniversary.

Bluesfest, as usual, will be including a variety of genres with Lady Gaga, The Killers, Blake Shelton and Queens of the Stone Age being the biggest names (literally; their names are spelled in the largest font) in the lineup. But they are just the tip of the iceberg, because as we mentioned before, everybody is going to be there.

And if you’re not sure about going yet, we’ve prepared a list of arguments in the festival’s favour, because that’s what we do.

Bluesfest has been around since 1994, and this year’s event is all about nostalgia. The organizers have put a lot of effort into creating an all-inclusive lineup with something for every kind of music lover. It’s a great year to attend! Come on, even their poster screams memories:

There’s something for everyone

We kid you not. Love country? Then Blake Shelton, Lady Antebellum and The Band Perry are for you. Love classic rock? Fear not, Bluesfest boasts Foreigner, STYX and Journey. Hip-hop? Psht. . . give us a challenge. This year Snoop Dogg, Danny Brown, Childish Gambino, Cypress Hill and Tyler, The Creator are hitting the stage at Bluesfest. And for the indie lovers, we have Young the Giant, Brett Dennen, St. Vincent, Lord Huron, Tokyo Police Club and Jake Bugg.

Plus, Gogol Bordello for the gypsy-punk enthusiasts and Gary Clark Jr. for the blues listeners. Boom. Something for everybody.

Lady Gaga gets naked and creepy in ARTPOP film: So what? >>

If music is not enough of a pull, go to the festival and enjoy the historical gifts of Canada’s capital. Visit the Rideau Canal, Château Laurier, ByWard Market, Parliament Hill and other magical places in the city. As Hannah Montana would say, it’s the best of both worlds.

Bluesfest will be taking place from July 3 to July 13, with early bird tickets going on sale on March 28 and general sale tickets can be purchased starting March 29. Get to it, people! We better see you there.