Dwayne “The Rock” Johnson shared an exclusive shot from his new film Hercules: The Thracian Wars, and he is looking foine. The actor can be seen rocking long hair and a rugged beard for his role. 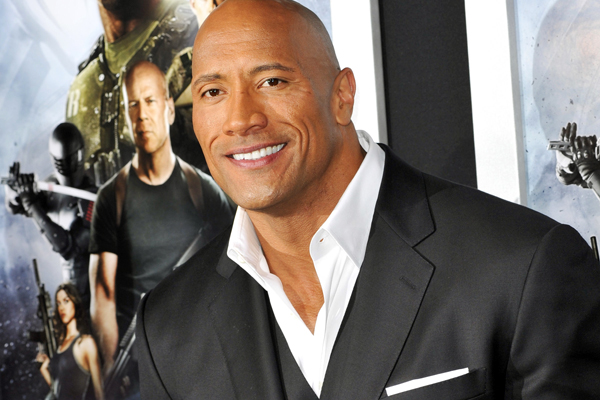 Whoa! Dwayne Johnson, is that you? The Rock recently granted the eager populace an exclusive sneak peek at his rugged good looks in his latest film, Hercules: The Thracian Wars. Guess who he plays? If you said, “The Greek demigod hero Hercules (or Heracles), son of Zeus,” then you are correct.

The 41-year-old actor shared the exclusive photo via Twitter on Sunday, looking all tough and ready to slay in the Brett Ratner-directed film. Take a look:

Looking good, eh? We’re not used to seeing The Rock clad in armour, ornamented with flowy, long locks and rocking a shabby beard, but it seems to be working for him. The actor has previously stated that it took hours to prep him for his scenes, which explains why he looks so demigodly.

The trailer for Hercules will be released on Tuesday, with the film slated for release on July 25. Johnson not only occupies the role of Hercules, though, but also plays his own father, Zeus, and the legendary Achilles in the film. Rufus Sewell, Ian McShane and John Hurt also appear in the movie.

The Rock scheduled to have abdominal surgery >>

Doesn’t it sound epic? Ratner has previously directed the Rush Hour films and X-Men: The Last Stand, so we have faith that he is going to make this movie awesome. What do you think?