It turns out Scarlett Johansson would definitely be interested in starring in a stand-alone Black Widow film. To silence the critics, here’s why we think that’s a great idea. 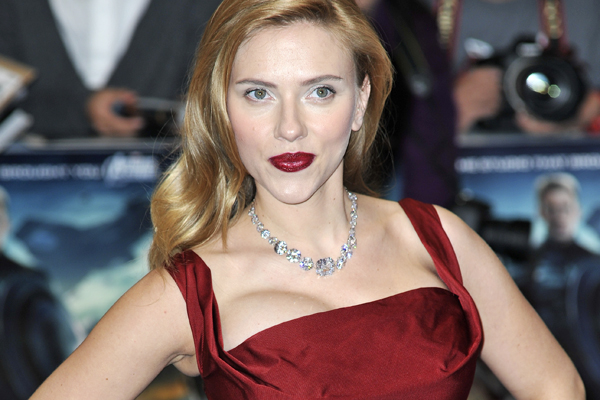 OK, we have Scarlett Johansson on board. Let’s do it!

On the red carpet of the Captain America: The Winter Soldier London premiere, the actress revealed that she would be interested in doing a separate Black Widow film as long as the audience would actually like to see one. Well, count us in, girl!

“If you want to see a Black Widow spinoff movie, then I want to see it,” Johansson told the Huffington Post. “We’ll see. We will put the request into Marvel tomorrow.”

So far Black Widow (skilfully portrayed by Johansson) has appeared in Iron Man 2, Marvel’s The Avengers, Captain America: The Winter Soldier and is also expected to appear in The Avengers: Age of Ultron in 2015, prompting many to question the necessity of a stand-alone movie for an already prominent character. But we have a few arguments in the character’s favour:

Black Widow is the only female superhero in The Avengers, with most of the others already participating in their own stand-alone films (Iron Man, Captain America, Thor, Hulk). Why not Black Widow? This is a perfect opportunity to show that a female superhero lead can reel in just as much money and be just as entertaining instead of being stuck as a secondary character. Plus, it’s only fair…

While Johansson has already appeared in several films as the Black Widow, we feel the character can be explored and developed more. Again, not only men can be these bada** superheroes with incredible backstories. Black Widow or Natasha Romanoff’s past as a Russian spy can be a gold mine of ideas if somebody just takes an interest in it.

Give girls a superhero to look up to

As kids, boys can have all the action figures in the world, since they are all predominantly male with their own franchises. Girls can play with secondary, scantily clad characters and Barbies. A Black Widow film (or series of films) can give girls a strong female role model who also happens to be an awesome superhero.

We think Johansson can definitely front her own franchise based on the Black Widow character. Someone just needs to take it seriously. It could be amazing. What do you think?