Lady Gaga’s “Swine” performance at the SXSW may have impressed her fans, but Demi Lovato is not fooled. Singer accuses Gaga of glamorizing eating disorders. 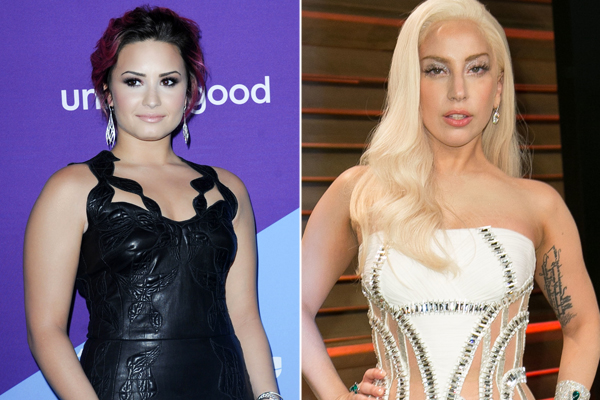 Have you seen Lady Gaga’s SXSW “Swine” performance? It involved the songstress convulsively moving, singing and playing the drums whilst a performance artist named Millie Brown consumed a neon green beverage. . . which she then quite successfully and forcibly vomited on Gaga. Rather unorthodox, no?

Well, Demi Lovato was not having any of it. The singer took to Twitter to accuse Gaga of “glamorizing” eating disorders and remarked that the performance was unrightfully labelled “art.” Let’s not forget that Lovato has herself struggled with bulimia, seeking treatment in 2011.

It should be mentioned that Lovato immediately faced backlash from the Gaga fan base, but it didn’t seem to deter the singer from voicing her opinion. So, first and foremost, we must commend her for her determination.

Now, on to the issue: Gaga’s unusual performance, which really did involve a person vomiting (for real; it was not simulated regurgitation), can easily be misconstrued as an endorsement of the act. With an impressionable audience made up of young women, she may be affecting them in an unhealthy way. With the daily pressures of conforming to an unrealistic body image, we can see how this particular performance could influence some fans to experiment with eating disorders. Especially, since Lady Gaga seems totally cool with it.

On the other side, there is no way to tell how this vomiting stint was registered by the audience. From the sidelines, it seems almost grotesque, but to a fan watching an icon perform maybe it was viewed as an avant-garde piece of art.

Lady Gaga: ARTPOP is the best album ever >>

We must admit that it may be the lingering stigma surrounding eating disorders that allows Gaga to get away with a performance like this. If she were to illustrate her point through the manipulation of, say, self-harm and had a performer cut himself or herself on stage, we doubt many would applaud her for it. So, that’s also something to be taken under consideration.

What do you think of this? Did Gaga take it too far or is Lovato overreacting? Watch the “Swine” performance below.

Party hardy with these celebrities born on St. Patrick’s Day
Have we found the oldest Throwback Thursday photo yet?
5 Times we’ve seen Nicki Minaj half naked on Instagram