We had to share this one. If you have the option of viewing only one movie trailer today, make it this James Brown biopic, Get On Up. It looks amazing! 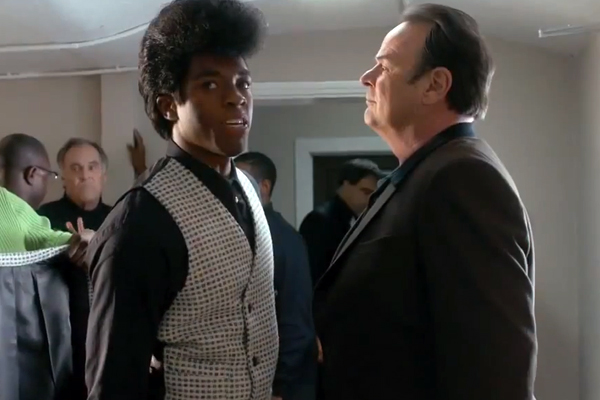 OK, stop right now. Put everything down and watch this trailer immediately. No, really.

Universal Studios and Tate Taylor (the man who directed The Help) are gifting the world with a James Brown biographical drama of such funk proportions it will surely make you cry. This magical film, Get On Up, has been slated for release in August, and the trailer was dropped just yesterday.

We say, watch it!

So, do you have the feelin’ now? Do you feel like being a sex machine? We must say that this film looks mighty amazing! And did you see Chadwick Boseman rock the James Brown look? He has all the markings of the King of Funk, including that famous raspy voice and attitude. We’re loving it!

Get On Up also happens to be filled with Hollywood talent. Filled. Did we mention filled? We have Nelson Ellis, Viola Davis, Octavia Spencer, Lennie James and Dan Aykroyd. Plus, this movie is produced by Mick Jagger. That has to be a sign of guaranteed success, right? Because with this kind of cast, a soundtrack permeated with Brown’s music, some dance moves and a fantastic director. . . We’re sensing next year’s Oscar nominee.

Does a papier-mâché head make Michael Fassbender a better actor? >>

So far, the film is scheduled to hit theatres on Aug. 1, so mark those calendars! What did you think of the Get On Up trailer? Isn’t Chadwick Boseman brilliant?